Downtime in China: an impact on oil markets and other businesses

The spreading epidemic caused by the coronavirus SARS-CoV-2 brings various consequences: not only social, but also economic. One of the most visible effects of the current situation is the destabilisation of global oil markets which are shaking in the face of the falling demand for crude oil in China. Moreover, downtime in the Chinese economy translates to shortages of particular goods around the world. 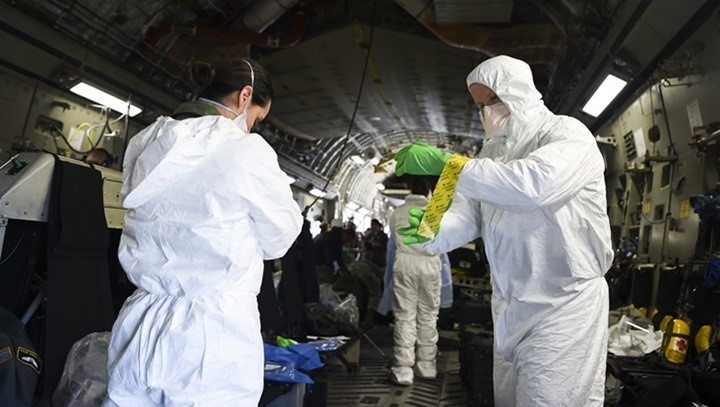 The People’s Republic of China has been for long the biggest importer of crude oil in the world. The level of supply of the foreign raw material to China is increasing year by year and in 2019 it amounted to 506 million tonnes (10.2 barrels a day). To compare: it is over 18 times more than the total demand for oil of Poland and about 1/8 of the total global extraction. Therefore, the scale of the dependence of the Chinese economy on oil supply is huge. However, this dependence works both ways which was efficiently recalled by the current crisis caused by new types of the coronavirus. A glance at the raw material exchange is enough.

Within the first two months of 2020, prices of oil fell almost by one fourth from the level of USD 66/bbl (Brent oil) to less than USD 50/bbl. Such a dramatic drop (last time when the price of oil was so low was in 2017) was mainly caused by downtime in the Chinese economy caused by the coronavirus epidemic. In February, the consumption of crude oil in China has fallen by 4 million bbl/d which is 1/3 comparing to the previous month. This was followed by further effects: overloaded storages of the raw material, lack of storage space for loads from the sea, and finally: necessity to cancel part of supplies.

As a response to such a drastic fall of oil prices, the biggest oil cartel OPEC working in cooperation with several non-affiliated states, including Russia, tried to introduce remedial measures. This group, called OPEC+, for several years has been limiting the extraction of crude oil to maintain the price of the material. Additional cutbacks would be a response to the current market crisis. The problem is that members of the deal did not reach an agreement. On March 6, the fiasco of the talks between OPEC and Russia was announced and the exchange reacted immediately. The price of Brent oil, which has already fallen to USD 50/bbl, started to plummet, reaching the level of USD 45/bbl. Moreover, further declarations of particular members of OPEC+, including Saudi Arabia only deepened the crisis and the value of a barrel again fell by several dollars. It turned out, it was the most radical fall in the oil market within three decades.

The discussed case of oil prices is only an example of the extent to which the global economy depends on the People’s Republic of China today. It is worth stressing that it goes beyond the raw materials imported by the Chinese en masse. Similar tendencies concern the export of various products manufactured in China: toys, textile as well as strategic objects and substances such as electronic devices, vaccines and drug components.

Even though the Chinese are doing their best to minimise the losses (including the exploitation of Uyghurs as a compulsory workforce in factories, according to the media), the problem is huge. Appearing communications show that the production limitations in Chinese factories, depending on the industry, may reach even 80-90%. What is important, even if some factories are being reopened, it does not mean that they automatically return to their previous scale of productivity.

The final effects on various businesses all over the world will be known later. A lot depends on the reaction of the authorities in Beijing – they are already promising tax reliefs to stimulate production. Who knows, however, whether it will be sufficient or not.