The conference of Heritage Foundation and Warsaw Institute in Washington

On March 8, 2018, in Washington an international conference “Advancing Liberty and Economic Freedom Through the Three Seas Initiative” with the participation of Minister Krzysztof Szczerski, the Chief of the Cabinet of the President of Poland, was held. 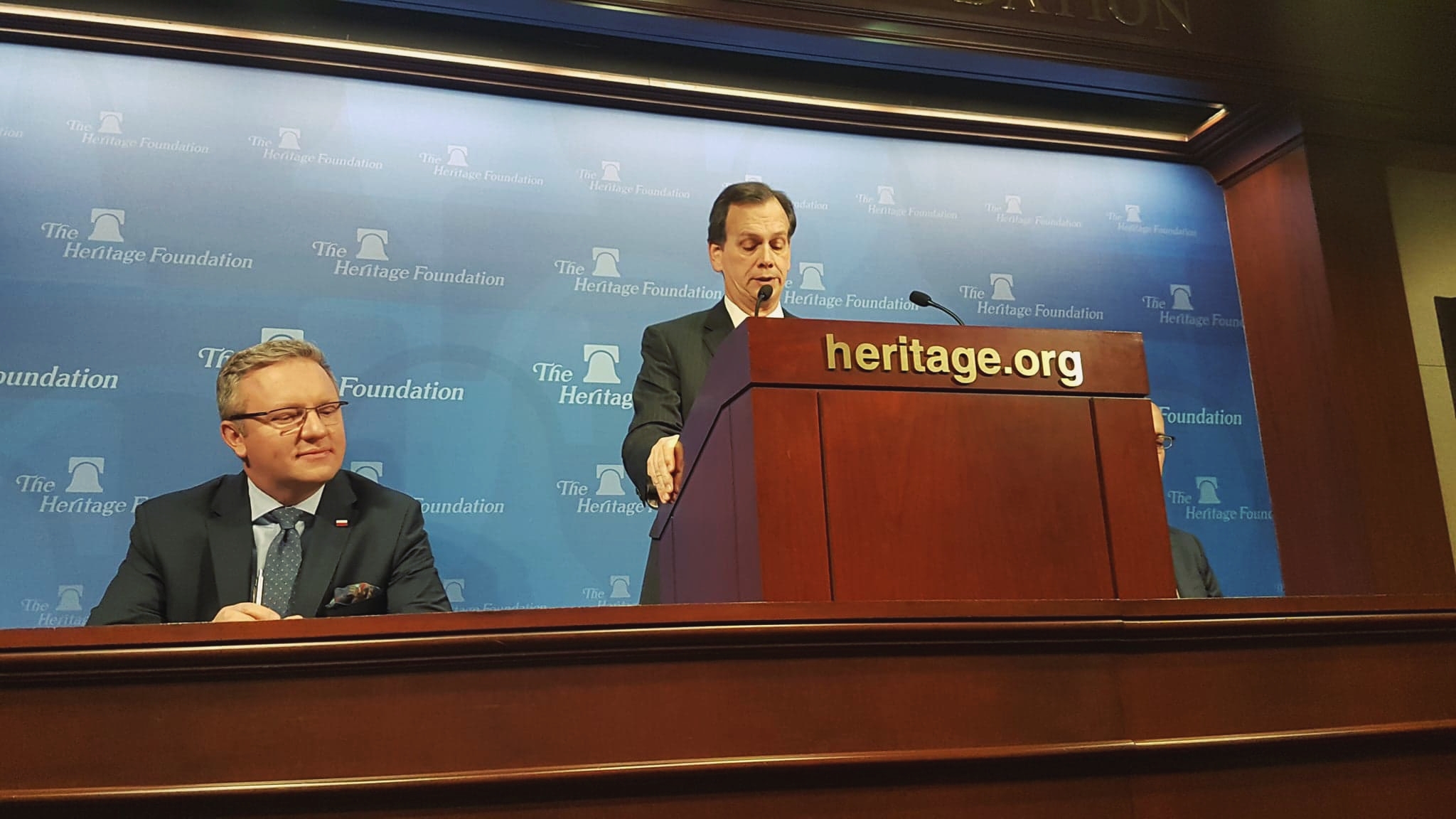 The Heritage Foundation, one of the most influential, conservative think-tanks in the world was the host of a conference, co-hosted by Warsaw Institute, focused on the Three Seas Initiative. During his speech Krzysztof Szczerski, the Chief of the Cabinet of the President, presented the Three Seas Initiative, gathering Baltic, Central and Southern European countries, as a tool for releasing the potential of these countries. He stressed the potential of 12 countries joined in the Initiative, with the total number of 112 million citizens and an average GDP growth of 4% in 2017, in which the unemployment rate is lower than the average unemployment rate of Europe.

According to the minister, this project will allow the development of the infrastructure of the North-South axis of this part of Europe. Krzysztof Szczerski underlined the importance of the economic, business and investment cooperation, at the same time stressing that the project is not only of the political nature. He pointed to three main fields for cooperation: transport, telecommunication, energetics, which should be the tools for the development of the North-South axis countries and reinforcement of the subjectivity of the region involved in the Three Seas Initiative.

He assured that the project was under the “political umbrella” guaranteed by the chiefs of the countries engaged in the Three Seas Initiative.

In his speech, the minister emphasised that developed cooperation between 12 European countries which realize the Three Seas Initiative project would allow energetic independence from Russia and that intensification of common actions in North-South axis was a response to the increasing East-West division.

In his presentation, the minister expressed his concerns with the signs of protectionism of Western Europe, which is expressed mainly in defence against, what the West calls it, “social dumping” which for him is against the idea of European integration and divides the society of Europe. He accentuated the importance of securing the European cohesion despite the disturbing separation of the EU into two parts: Schengen and Euro areas, which cross the East Europe countries.

He underlined: “Our signal is that we want to preserve the Common Market of the EU.” 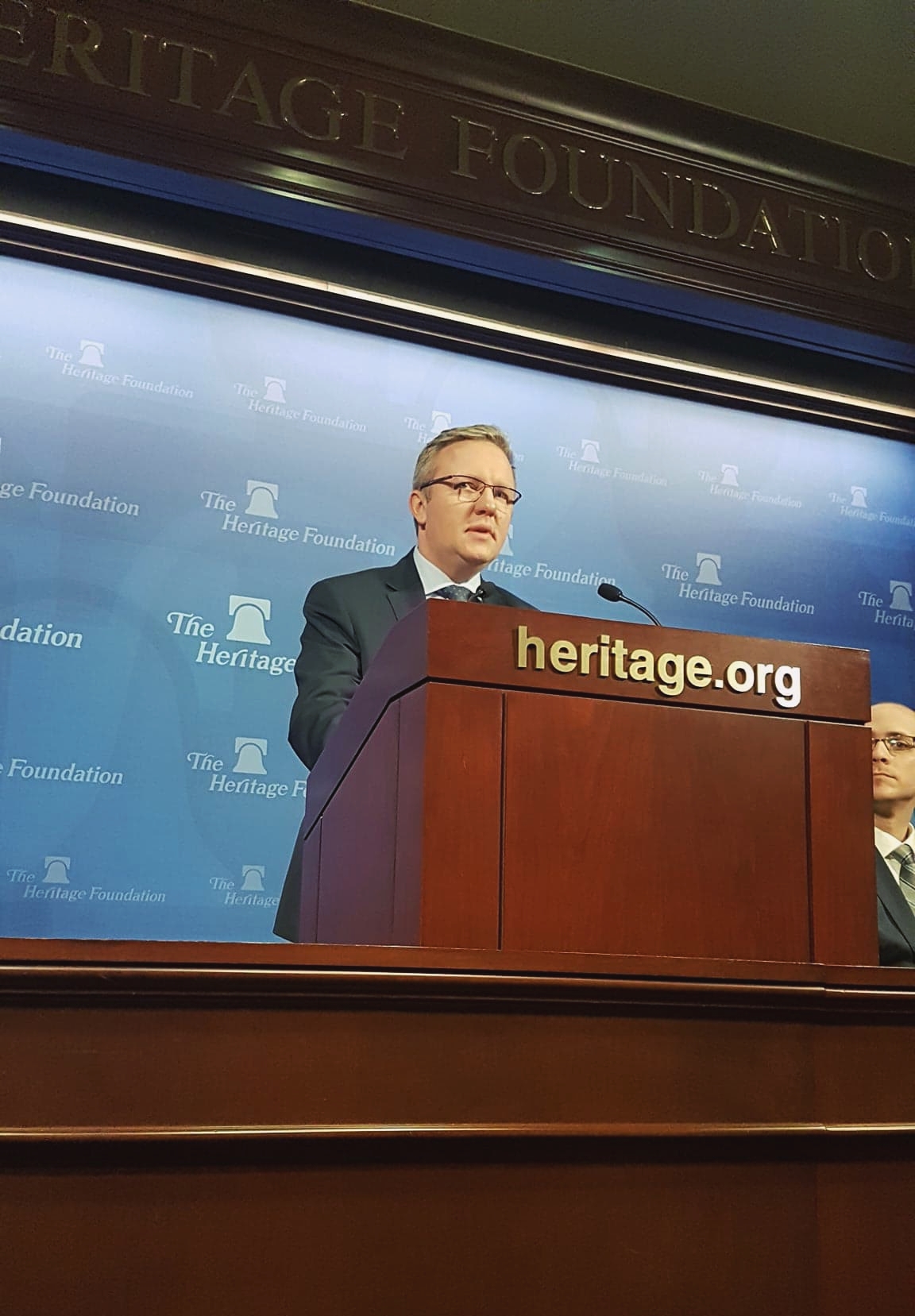 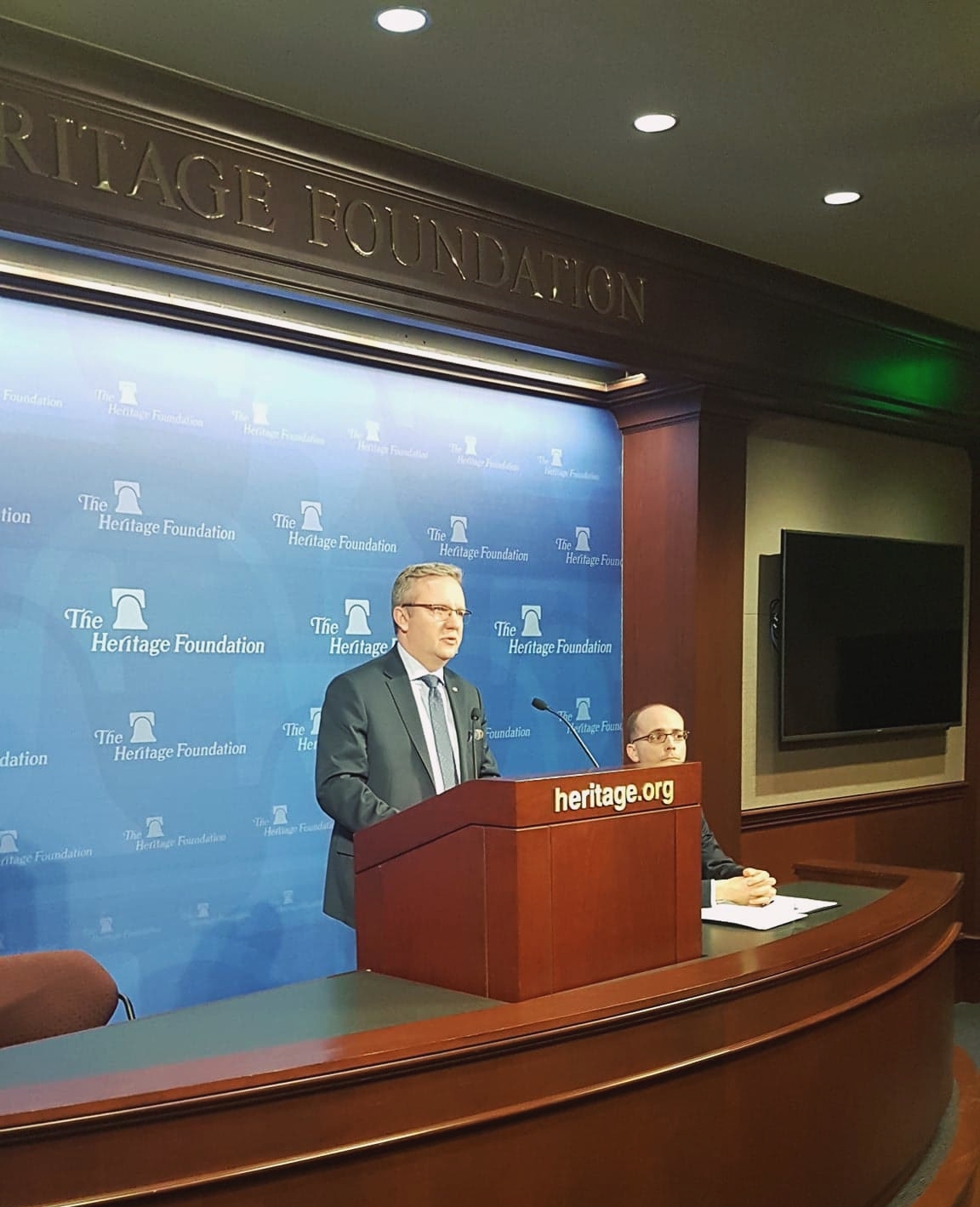 Szczerski  stressed that the success of the Initiative depends on the internal dynamics in EU, important element of which is Brexit resulting in a loss of a crucial advocate of the free market, meaning Great Britain.

Minister highlighted also the solidity and value of the partnership between Poland and the USA, which is vital for the geopolitical stability of Europe, which in turn is essential for the stability of the world. He stressed that nowadays it is possible to create new instruments broadening the Polish-American cooperation, which should be constantly developed and should encourage to invest in the Central-Eastern Europe. Minister announced that he would discuss this issue with the Deputy President Mike Pence’s advisers and with experts of the European Department of the National Security Council.

This is the first such an event in The Heritage Foundation organized with a Polish think-tank.

The recording of the event is available on The Heritage Foundation’ website.