Belarus has not gained any profits from processing cheap Russian crude since early January 2020, with each consecutive day incurring losses to the state budget. Russia restored deliveries only partially to make refineries operate smoothly. In addition to holding talks with Moscow, Minsk is seeking an alternative solution. Belarus has already welcomed its first batches of Norwegian-sourced oil, while talks are underway with Kazakhstan and Azerbaijan. The country might start importing oil through Poland and the Baltic states as an alternative to the Russian oil import, Belarusian President Alexander Lukashenko said. 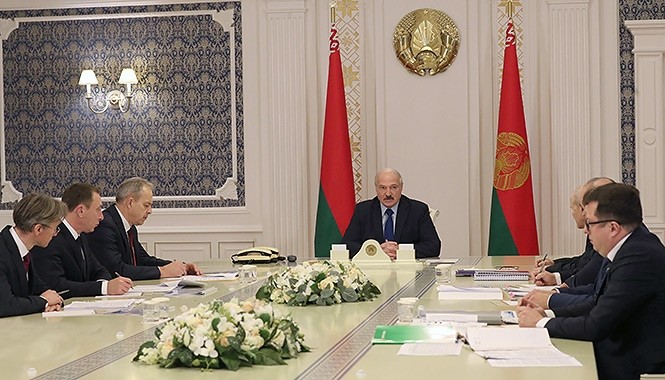 Russia and Belarus are still in talks on oil transit tariffs, the deputy head of the Russian Federal Antimonopoly Service (FAS) told journalists on January 27. It is, however, challenging to discuss transit fees while it is not known how much oil will flow to Belarusian refineries. Minsk has calculated its rate while bearing in mind Russian deliveries being of 17.5 million tonnes annually, and Moscow says crude flows could total 24 million tonnes. Still, Belarusian state oil firm Belneftekhim and Russian oil producers have not signed a fair deal to resume deliveries. Russian oil stopped reaching Belarusian refineries on January 1, with neither price conditions discussed nor contracts signed. The two parties agreed to restore partial shipments in January to make two Belarusian refineries function at minimum load.

Moscow demands more than it did last year. Russian oil is getting more expensive for Belarus as a result of Moscow’s so-called tax maneuver, or a mechanism scheduled to be carried out within six years. Russia will lower export duties on its crude oil while increasing its mineral extraction tax (MET). Belarus will have to buy it much more expensive as in the past, it imported Russian oil with no duties included. But Minsk’s privilege may gradually fall in importance with no customs duties at all, while oil will be more expensive amid growing mineral extraction tax. All in all, Belarus will have to purchase Russian crude at world prices. Minsk has no intention to accept its ending privileges. In consequence, Belarus is likely to see a drastic drop in its budget revenues from processing cheap Russian oil in its two refineries and exporting it elsewhere, yet at market prices. As a result of the tax maneuver, Belarus estimates its potential losses at the level of $ 11 billion within six years.

Despite launching some partial deliveries, no deal has been hammered out ever since, and Belarus is looking for alternatives to Russian oil. Lukashenko said that Belarus was pursuing to diversify its oil supplies and cut Russian crude flows to 30-40 percent of its domestic market needs. Among plausible options he listed the Baltic ports, saying the very first batch of Norwegian crude was shipped via this route. Imports of oil via the Polish port of Gdańsk, through a leg of the Druzhba oil pipeline, are also being considered. An alternative crude could be delivered to Belarus via Ukraine from the Black Sea. Minsk has since bought 80,000 tonnes of Norwegian oil to be delivered via the Lithuanian port of Klaipeda. On January 26, the first delivery with a total volume of about 3.5 thousand tonnes arrived in the town of Novopolotsk. A full batch of Norwegian oil should arrive within the next two weeks. Belarus seeks to buy oil from Kazakhstan and is holding talks on purchasing crude from Azerbaijan, through the country’s state energy company, currently considering using the Odessa-Brody pipeline as one of the possible options to supply oil. Minsk in the past got oil flows from Venezuela (2010–2012) and Azerbaijan (2011) while still relying on Russian-sourced energy, though.