After the visit of the Polish FM Jacek Czaputowicz to Bucharest last week, Teodor Melescanu, the Romanian Minister of Foreign Affais, met the Hungarian FM Szijjártó Péter, in order to discuss the further development of Hungarian-Romanian bilateral relations. The 4.4 bln gas cubic meters from the Black Sea exploitation could represent the first stable alternative to Russian imports for Hungary and other countries. The two sides have agreed that Romania will ensure technical conditions for the export of natural gas to Hungary by 2020, and by 2022, due to the fact that the Hungarian companies contracted the entire annual export capacity, the natural gas route between Romania and Hungary will create the transport possibility from the Black Sea to Central Europe. 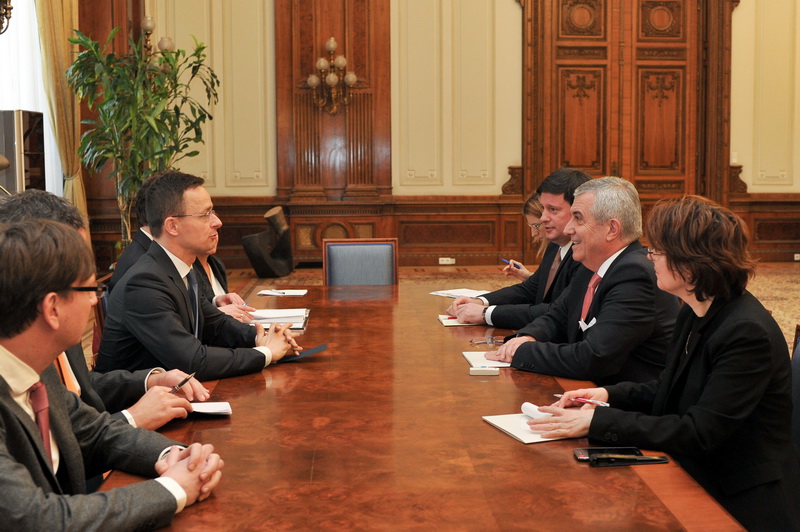 This is the first time in the last few decades when Hungary can buy gas in large quantities from a new, non-Russian source. According to the Hungarian media, the Romanian party has agreed to build, by 2020, the needed infrastructure in order to deliver 1.75 billion cubic meters/year to Hungary and by 2022, will expand the capacity to 4.4 billion cubic meters/year. The Black Sea gas exploitation is supposed to start to operate in 2018, being managed by ExxonMobil and OMV.

During the meeting, more bilateral projects were agreed. The Hungarian FM declared that the Hungarian Government will build the missing North-South gas corridor which will link Hungary and Slovakia and that the first express train connection between Budapest and Cluj-Napoca is to be built. The Budapest government approved a budget of one billion forints for the first studies of the railway line between the two cities. Moreover, two temporary border crossing points built on the Hungarian-Rumanian border will soon become permanent, as the necessary legal and technical preparations have been initiated by the two governments.

Mainly, the Bucharest visit focused on the economic cooperation in areas such as energy and infrastructure and highlighted the importance of supply routes and source diversification in achieving energy security. FM Szijjártó Péter agenda included three other meetings with Liviu Dragnea (President of PSD), Calin-Popescu Tariceanu (President of the Romanian Senate) and Kelemen Hunor (President of the Democratic Union of Hungarians in Romania).