A famous Russian super tank, which has once become an object of ridicule over the world when it broke down during the parade on Red Square, is closer to serve in the Russian army. According to recent statements of high officials and military leaders, a construction process of the T-14 Armata is about to be completed and in 2-year time Russian army could start being equipped with tens, if not hundreds of tanks. 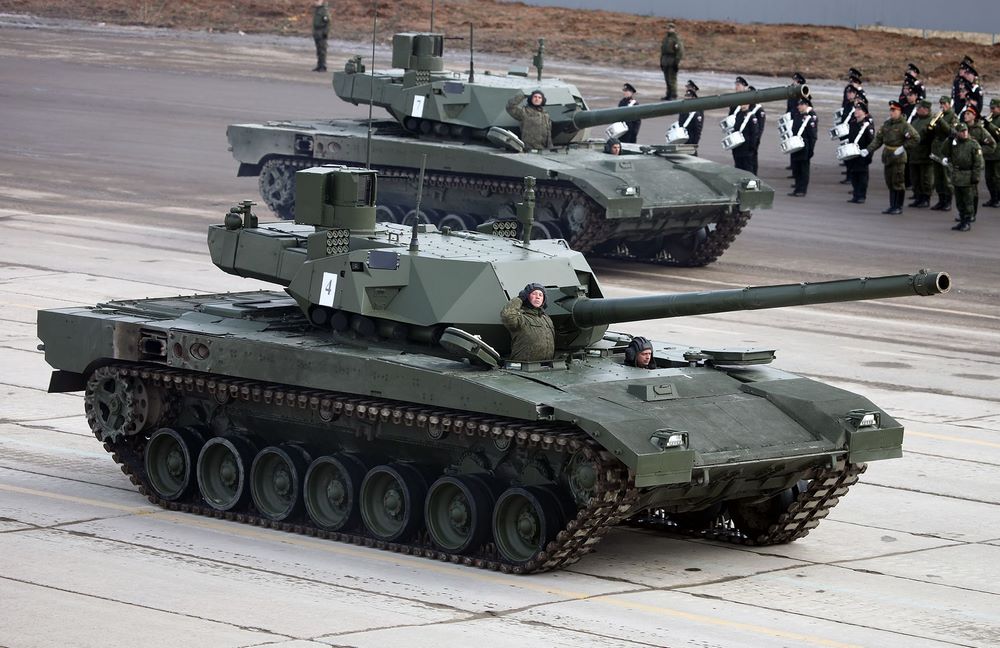 Construction works on the high-tech T-14 Armata tank have lasted for many years, and despite different promises it is still not possessed by the Russian armed forces. It is worth recalling, that the first basic model of the Armata was introduced in July, 2012. But some problems, also concerning the construction, were still occurring during the works on the tank. In last days, however, there were signals indicating that this process is coming to an end. On February 16, Uralvagonzavod (UVZ) company has begun testing the T-14 on the testing ground in Nizhny Tagil. Tanks are being checked for shooting accuracy. Deputy Prime Minister Dmitry Rogozin, responsible for military industry, said, that the Russian army would start an operating assessment of Armatas in 2019. In turn, Deputy Minister of Defence Yuriy Borisov during his visit in the UVZ factory stated, that servicemen would be to decide in the matter of big contracts on T-14 purchase after 2020, when the tests had been completed. But there is an agreement on purchase of some number of tanks for training purpose. It entails two battalions of Armata tanks and one battalion of armoured vehicles on the Armata platform. Taking into consideration the fact that a tank battalion in the Russian armed forces counts 42 units, it means that the servicemen should obtain around 80 T-14 tanks throughout the year.

It is difficult to presume, whether or not the new terms proposed by UVZ, the army and government will be complied with. What is known, is that new armour for Armata, different from the one presented before, is being prepared. UWZ leadership does not eliminate the possibility of unmanned Armata’s construction. The T-14 chassis will be also used in designing new armoured carriers or self-propelled guns.