Oil, elections and mercenaries. The massacre in the Deir al-Zor province

The massacre of the Russian mercenaries by the American air forces and artillery in the Deir al-Zor province is a sign for Kremlin that the USA will not allow for crossing certain “red lines” in Syria. It is a part of a struggle for a post-war order in the country, not only when it comes to a political division, but also to an access to rich oil and gas resources. For Vladimir Putin it is a punch which has already considerably disturbed his election campaign. As a result, a Russian reaction, which can be forceful, should be expected not necessarily in Syria, but for instance in Donbass. 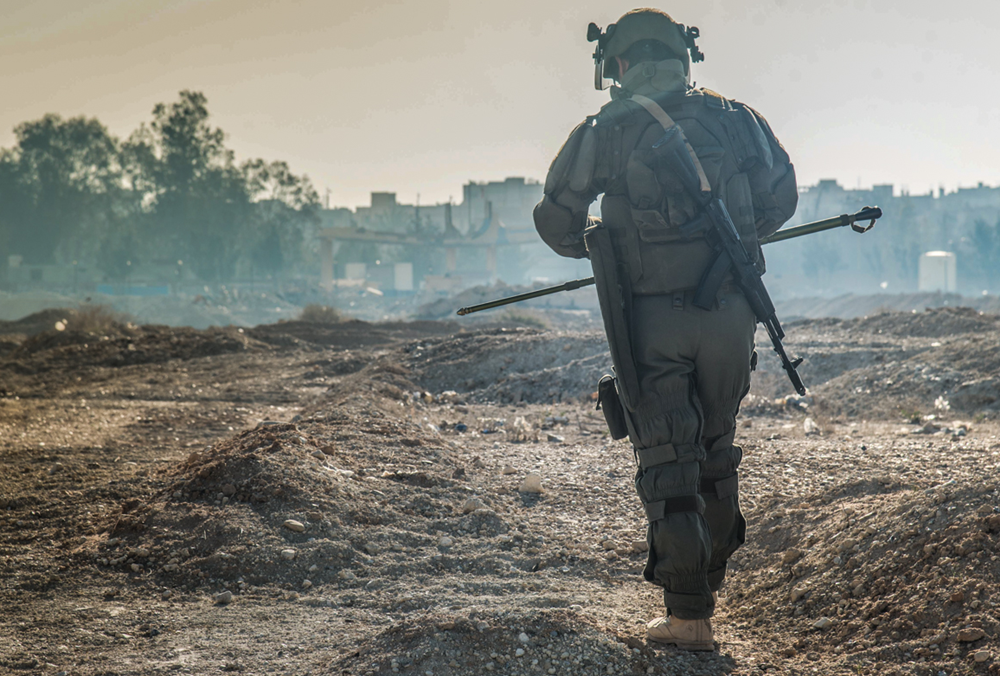 On February 7, American aircrafts and artillery bombed pro-Assad forces in Deir al-Zor province, when the latter, with approx half a thousand people, attacked the headquarters of the Kurdish-Arab SDF alliance forces and their American instructors. According to different data, from 100 to 200 people were killed. Many, if not most, of them, are Russian. The statement of the Russian Ministry of Defence that Russian soldiers were not present in this area was of course true. Because it was not a regular army, but mercenaries trained by GRU sponsored by the state. It is not clearly known what they were doing in that area. Much points to the fact, that the competition for oil and gas deposits in Deir al-Zor is intensifying. Most of them are controlled by Kurds supported by the USA, but Assad and the Russian also crave for these treasures. It is worth mentioning, that in the same week when the massacre of the mercenaries happened, the Russian Ministry of Energy and the government in Damascus signed a treaty on “rehabilitation, modernisation and construction of new energy facilities in Syria.” Minister Alexander Novak said, that it was a kind of route map of the Russian engagement into the restoration of the Syrian power industry, not only in the field of electricity, but also of oil and gas. In this context, it is easier to understand the presence of Russian mercenaries in eastern Syria. It is necessary to recall that their beginnings in Syria are connected with the security of the petroleum and gas installations (Slavic Corps in 2013).

Ruthless suppression of the assailants, who dared to attack the American SDF ally is also an important sign for Turkey. After the beginning of the assault on the Kurdish Afrin enclave, Ankara almost directly threatened the American that it would attack on Manbij, regardless of the presence of any American military advisors there. A bloodbath of the Russian should make the Turk think twice before taking decisions threatening the position of the Kurdish-Arab SDF alliance supported by the USA.

The massacre in Deir al-Zor causes severe domestic troubles for Putin. Russian social and independent media, but also the environment of mercenaries and veterans of the wars in Donbass and Syria were shocked by the fact that mercenaries were left alone against the American ultramodern weapon. What is more, American servicemen did disservice to their colleagues from Moscow by revealing that during the blitz on the column they stayed in contact (via a special hotline) with the Russian. Therefore, Russian leadership was perfectly aware of the attack on the mercenaries, but obviously did nothing to rescue them. The question is whether they informed their countrymen at all what the American were up to. Maybe this image crisis is the reason for the chaos in Putin’s political schedule. Most of his meetings and tours were cancelled. A determined, forceful Russian response – a clear-cut signal to the USA – should be expected. And not necessarily in Syria; it can possibly happen for example in Ukraine. It is probable that a recent warning of Petro Poroshenko about several Russian troops in the Donbass area may result from the Kiev concerns that Russia will take revenge on Ukraine for the humiliation in Syria.