Geopolitical meaning of the Latvian elections

This year, the parties which take part in the parliamentary elections do not aim to achieve the greatest amount of votes because the real victory will depend on the coalitions between political groupings which will enter the parliament. Whereas the Latvian society votes for the course of their foreign policy for the following years which depends on the form of the coalition after the elections. This year, Latvians will not only choose a new government, but they will also find out whether they will stay in the Western world or will head for the East. 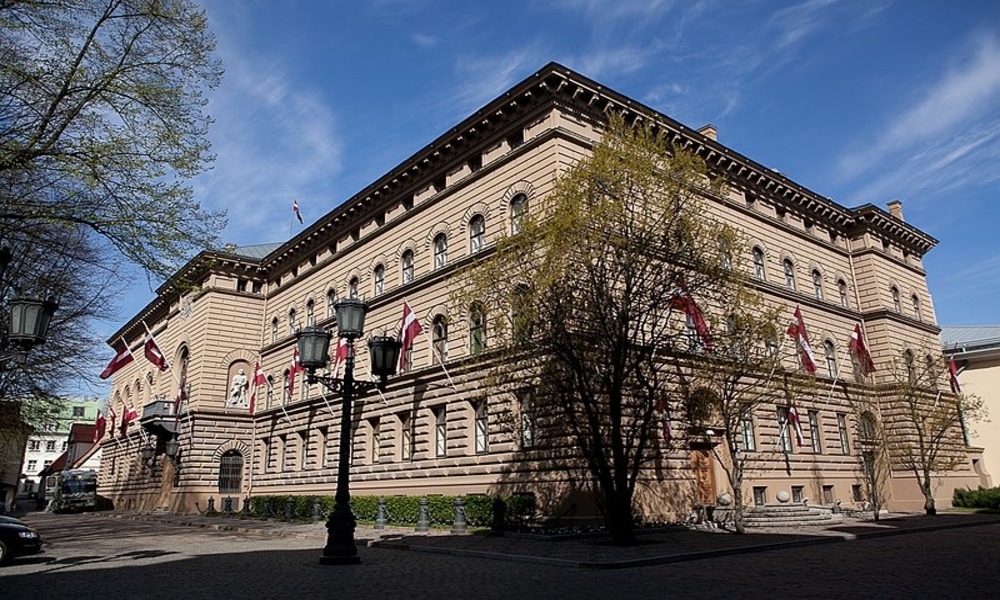 The elections in Latvia are scheduled for October 6. Citizens will be choosing their representatives to the unicameral parliament – Saeima. In order to achieve a majority which would allow them to govern, they have to win 51 out of 100 mandates. None of the Latvian political parties is able to gain such a strong endorsement. Polls show that the future parliament may have many shades. As many as seven parties, one more than in the last term, can exceed the five percent election threshold. The results of particular parties will be probably more fragmented comparing to the previous term.

The majority wants the “Harmony”

Polls show that the Social Democratic Party “Harmony”, which has for years noted the stable result of over 20 percent, has the largest number of supporters. This party is considered to be chosen by the Russian-speaking Latvians and is the biggest pro-Russia party in Latvian politics. The party is led by the popular Mayor of Riga Nils Ušakovs thanks to whom the party achieved the opinion of a modern, European social democracy. However, despite the change in the image of the party, it is still tightly connected with Russia: for many years, the “Harmony” was a partner of the Kremlin’s “United Russia” party, and Ušakovs himself, as a Mayor of Riga, also maintains special relations with the East in his own foreign policy.

Nevertheless, the “Harmony” avoids radical pro-Rusian statements. With Ušakovs as a leader, it really tries to challenge the pro-Russian stereotype: during the revolution and war in Ukraine, the party avoided supporting the Putin’s policy towards Ukraine and last year, Ušakovs ended the agreement with “United Russia” and introduced a specific strategy of communication which differentiates the messages for Latvians and Russian-speaking citizens. And despite the fact that the “Harmony’s” lists of candidates include controversial politicians, the odium of the pro-Russian radicalism falls on the marginal “Latvian Russian Union/For Human Rights in a United Latvia” party.

Cordon sanitaire around the “Harmony”

The cordon of Latvian parties around the “Harmony” has for years been a characteristic element of Latvian politics. Four years ago, despite the fact that the “Harmony” had the biggest amount of votes, Latvian right-wing parties were able to create a coalition which could pacify Ušakovs’s party. The current term was similar. However, this time the Latvian right wing which was in coalition with the “Union of Greens and Farmers” may retreat. According to polls, the main right-wing “Unity” party which has functioned in Latvian politics since 2010, is currently on the verge of the electoral threshold. In the last term, the internal problems of the party led it out of the mainstream of the Latvian politics.

The place after the “Unity” was taken by the “New Conservative Party” which derives from the environment connected with the Corruption Prevention and Combating Bureau of Latvia (KNAB). Most polls show that this party will be the second one in the Latvian parliament. The “National Alliance” right-wing party may achieve a worse result as well.

Will the oligarchs agree with the “Harmony”?

The third and the fourth places in the poll (depending on the poll) are occupied by two parties: the centre-right “Union of Greens and Farmers” party and the relatively new populist “Who owns the state?” (KPV) party. The centre-right coalition, which the present government and the Latvian president originate from, and the KPV party have associations with the Latvian oligarchs. According to the journalistic investigation of the “Re:Baltica” portal, KPV is connected with the oligarch Ainārs Šlesers who maintains a close relationship with Russia. Such relations are not a problem for the populist KPV party in leading their political campaign based on the struggle with “rotten elites” and corruption. “Union of Greens and Farmers” is also dependent on the Latvian business. A significant part of the grouping is influenced by a controversial Mayor of Ventspils – Aivars Lembergs who has been present in politics since the end of 80’s and during that time, just as Šlesers, was participating in several scandals concerning money laundering.

Of course, there is a potential of the pro-Western coalition of the “Union of Greens and Farmers” and three right-wing parties. But for the first time since long, this scenario is not obvious. In this elections, Latvia may face a civilization choice, depending on the shape of powers after the elections and especially – on the stance of the parties connected with the Latvian oligarchs. Then, it may turn out that the power in Latvia would be held by part of corrupted elites of oligarchs who do not care for the pro-Western course of Latvia.