Austria and Nord Stream 2: Judge in Its Own Case

On July 1, Austria took over the Presidency of the Council of the European Union. This is great news for all participants of the Nord Stream 2 project especially due to the fact that an Austrian company is involved in its implementation. Vienna, which is currently governed by a political party declaring its cooperation with Putin’s United Russia party, will probably seek to sabotage and to delay the EU initiatives that could harm the construction of the gas pipeline along the Baltic Sea bed. 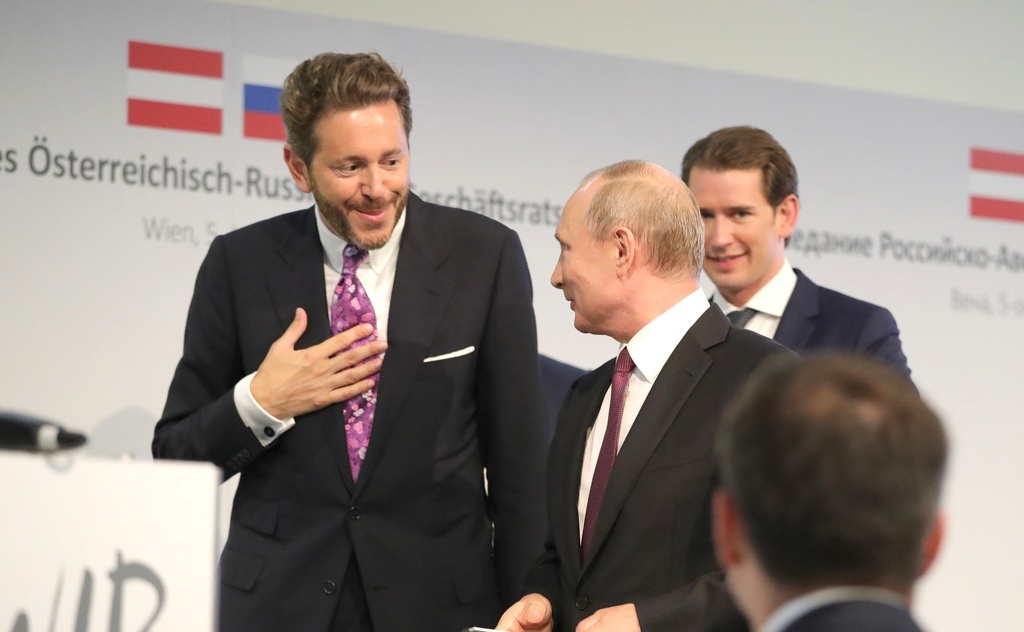 The motto of the Austria’s EU-Presidency is “A Europe that protects”. The country has already set its priorities that are primarily related to security matters as well as protection of the external borders of Europe. Such plans should not arouse any controversies within the EU member states. Nonetheless, they may have completely different opinions on such issues as gas supplies and energy security.

“From July 1, Austria will be in charge of the EU bodies and institution, therefore we can expect that the talks will be interesting”, said Yury Ushakov, Putin’s adviser on foreign policy. His words, uttered just before Russian president’s visit to Vienna in early June this year, seem to confirm that Moscow has high hopes for the upcoming Austrian presidency. On one hand, the Russians can count on the co-ruling Freedom Party of Austria (FPÖ) as the latter signed a cooperation agreement with the United Russia party in December 2016. On the other hand, Austria’s energy giant ÖMV constitutes one of Gazprom’s closest European partners. During his recent visit to Austria, Vladimir Putin agreed to extend contract for Russian gas supplies until 2040. In 2017, Gazprom’s gas exports to Austria reached 9,1 billion cubic metres, which corresponded to 93 percent of all gas imported to the country. In addition, ÖMV is also one of the western partners involved in the implementation of the Nord Stream 2 project. And Moscow has already tempted Vienna with the perspective of bringing gas from the Turkish Stream pipeline to Europe via Austria’s Baumgarten hub. The implementation of this project in the south, simultaneously with Nord Stream 2 in the north, will enable Russia to give up the idea of transporting the majority of Russian gas via Ukraine. So Vienna may be one of the main allies in this operation as it holds EU presidency till the end of the year.

Austria will be in no hurry in making any decisions on the amendment of the Gas Directive (2009) because new provisions will make the Nord Stream 2 project subject to the EU law. Germany contributed to the slowing down of EU work on the amendment of the directive, which may mean that Sofia was probably susceptible to some impact exerted by Berlin. And even though in April, the European Parliament announced its readiness to work on the revision of the directive, the Bulgarian EU Presidency used its best efforts to slow down the process and it apparently sought to play for time until the presidency was handed over to a strong supporter of the Nord Stream 2. Requests for a quick revision procedure are regularly supported by a group of ten countries. Recently, Poland’s Energy Minister Krzysztof Tchórzewski said that the formal request to transfer the discussion of the revision to the political level was advocated by delegations of 15 countries while during the last debate between ambassadors to the EU even 19 of them expressed their overt willingness to work and to adopt the Council’s position. It is already known that the idea was strongly condemned by Germany and Austria. Moreover, Tchórzewski mentioned another country involved in the Nord Stream 2 project whose authorities were against the revision of the directive. It may be all about either France or the Netherlands.