Anniversary of the China-North Korea Treaty

Sunday, July 11, 2021 marked the 60th anniversary of the signing of the China-DPRK Treaty on Friendship, Cooperation, and Mutual Assistance. It was an opportunity to exchange diplomatic courtesies between the leaders of the two countries. The partnership between them is still working well, despite the passage of time, but it has some disadvantages too. 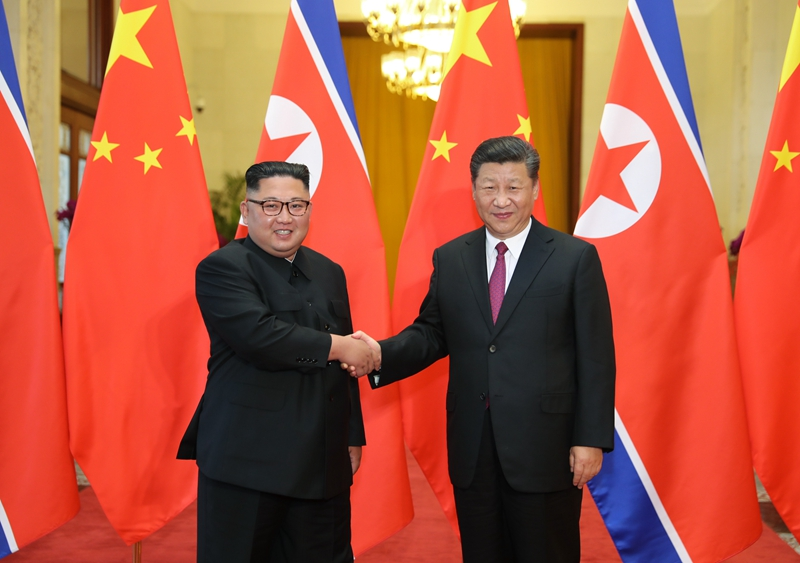 Xi Jinping, General Secretary of the Chinese Communist Party (CCP), and Kim Jong Un, Supreme Leader of the Democratic People’s Republic of Korea (DPRK), exchanged congratulatory letters this Sunday to mark the 60th anniversary of the signing of the China-DPRK Treaty on Friendship, Cooperation, and Mutual Assistance.
In his message, Xi Jinping noted that in 1961, the senior leaders of China and the DPRK, made a far-sighted strategic decision to sign the Treaty, which laid important political and legal foundations for strengthening the friendship between the two nations as well as promoting long-term friendly bilateral cooperation. Xi Jinping said that over the past 60 years, China and the DPRK have firmly supported each other, strengthened the traditional brotherly friendship, as well as contributed to the growth of socialism through ensuring peace and stability in the region and the world. Additionally, Xi Jinping said that he is willing to work with Kim Jong Un to reinforce strategic communication.

In his message, Kim Jong Un said the signing of the Treaty demonstrated to the world the strong will of the two sides, their governments, and people, to promote the long-term growth of the DPRK-China friendship. He noted that in recent years, amid the complex and ever-changing international landscape, the comradely trust and friendship between the DPRK and China have deepened, while bilateral relations have moved to a higher level. He added that the DPRK will march forward hand in hand with the CCP, the Chinese government, and the Chinese people in the sacred journey of building socialism and communism.

Also on Sunday, Wang Yi, Chinese Minister of Foreign Affairs, and Ri Son-gwon, his North Korean counterpart, exchanged congratulatory letters to mark the 60th anniversary of the signing of the Treaty.

As quoted in the Global Times, Zheng Jiyong, director of the Center for Korean Studies at Fudan University in Shanghai, said that ties between China and North Korea will not be severed but will grow stronger, proving that the wishful thinking of some Western elites and observers, who expect a rift between the two, will not come true. Moreover, Chinese experts said that emphasizing common ideologies (socialism and communism) shows that the relations between China and the DPRK relations are unique and have a solid foundation.

China-DPRK cooperation continues, but it cannot be called a friendship. While China will not allow external pressures to destabilize the North Korean regime, it is increasingly reluctant towards the DPRK. The DPRK’s missile and nuclear tests undermine the PRC’s superpower position, showing that Xi Jinping has little influence over Kim Jong Un’s decisions.

Economic exchange is one major fields of cooperation. Since the far-reaching UN sanctions have been imposed on North Korea in 2016 and 2017, China has accounted for 95% of the reported global trade in goods with North Korea. Common roots in “Marxism-Leninism,” are also a domain for sustaining cooperation, though mainly in terms of rhetoric and seeking commonalities.

For China, the Treaty remains an instrument which allows it to maintain engagement with North Korea and play an influential role in the affairs concerning the Korean Peninsula. China does not want the North Korean regime to fall, neither does it want the Korean unification, as it could pose a security threat. South Korea is an ally of the US and about 28,500 American troops are stationed on its territory. Korean reunification would equate to a greater influence of America, which is the main geopolitical adversary for the authorities in Beijing. China will seek to maintain control over its neighbor. This state of affairs will be strengthened along with the growth of incompatibility in relations between China and the US.