The USA takes a strong line on Donbas case

Recent statements of the U.S. Special Representative for Ukraine Kurt Volker indicate that Washington’s stance towards Russia and the issues concerning occupied Donbas has become more rigid. Volker warns that the “elections” organised in Donbas will not be legal despite the fact that they are acknowledged by Russia. Volker also criticises Moscow for blocking the United Nations peacekeeping mission in Donbas. In the matter of implementation of particular decisions of the so-called Minsk agreements, the U.S. Representative clearly supports the stance of Kiev. 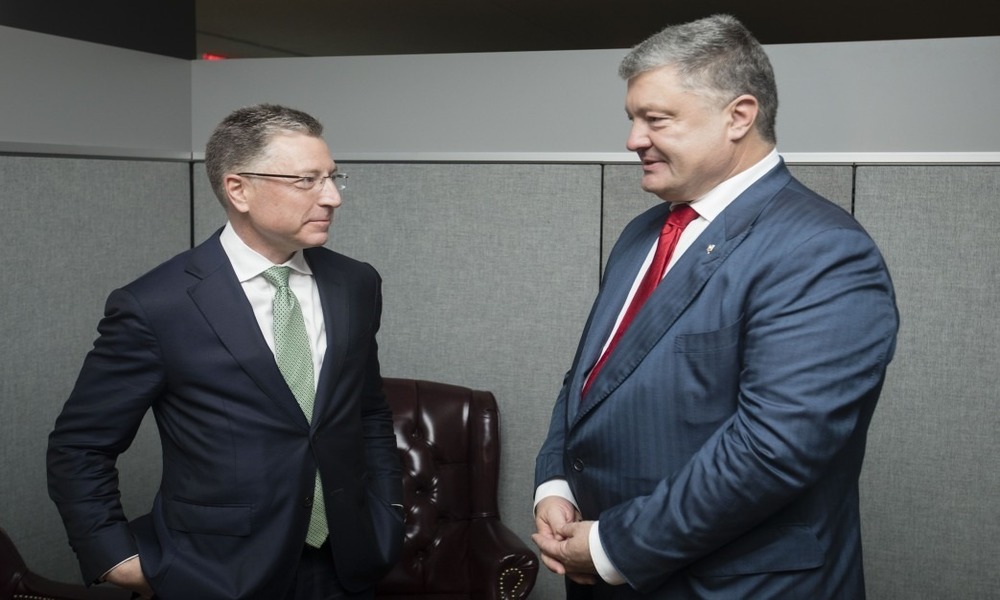 On October 11, the Ukrainian Staff announced that during the previous day four soldiers had died in Donbas. In south-eastern Ukraine, people are being wounded or killed every day. Exactly on October 11, the U.S. Special Representative for Ukraine Kurt Volker expressed his dissatisfaction with the fact that Moscow was against the UN peacekeeping mission in a part of Donbas occupied by pro-Russian separatists. Volker underlined that in the current situation the elections in Donbas could not be held. “Legal elections cannot be held in a territory occupied by foreign forces” – Volker pointed out. Secondly, there are no legal authorities, but illegal military groupings established by Russia and not belonging to the Minsk protocol. Therefore, if they hold elections, they act against Minsk agreements.

Russia claims that elections in Donbas and acquisition of a special status by these territories should be conducted first. In turn, Ukraine claims that firstly it has to regain control over its border with Russia. Volker clearly shares the stance of Kiev and says that Kiev “takes measures to implement these decisions”. However, Moscow has not realised yet any of the points that it promised to. Therefore, it is not surprising that war in Donbas “is not over or frozen” – Volker said on October 12 in Rome. He repeated that in this situation sanctions against Russia had to be maintained. Moscow properly interpreted the Volker’s visit to Italy at that time as a part of the pressure on the Italian government so that it would not request the EU for the cancellation of sanctions. This is an expectation of the Kremlin before the upcoming visit of the PM of Italy in Moscow. The reaction of the Russian Ministry of Foreign Affairs on recent declarations of Volker was extremely sharp. He was accused of taking actions “destroying” the Minsk agreements. And according to Russians, the idea of a UN peacekeeping mission in Donbas supported by Volker is a promotion of the idea of Donbas “occupation”. Volker was criticised, of course, for calling for the maintenance of sanctions and improvement of the military support for Ukraine. No wonder that the meeting between Volker and Vladislav Surkov, the Kremlin’s adviser on relationships with Ukraine is rarely possible in this situation. The stances of both the USA and Russia on the conflict in Ukraine has undoubtedly become more rigid.