The Russian Card in the Moldavian Game

Igor Dodon will make a visit to Russia from March 16-18. This is the second trip to Moscow for the Moldovan president in two months. Dodon and the Socialist Party backing him, have already gained the support of Russia, which might decide the victory of the Socialists in the parliamentary elections in 2018. During his second stay in Moscow, Dodon intends to emphasize his pro-Russian attitude, which will be all the more conspicuous given that official relations between Russia and Moldova have become seriously tense. 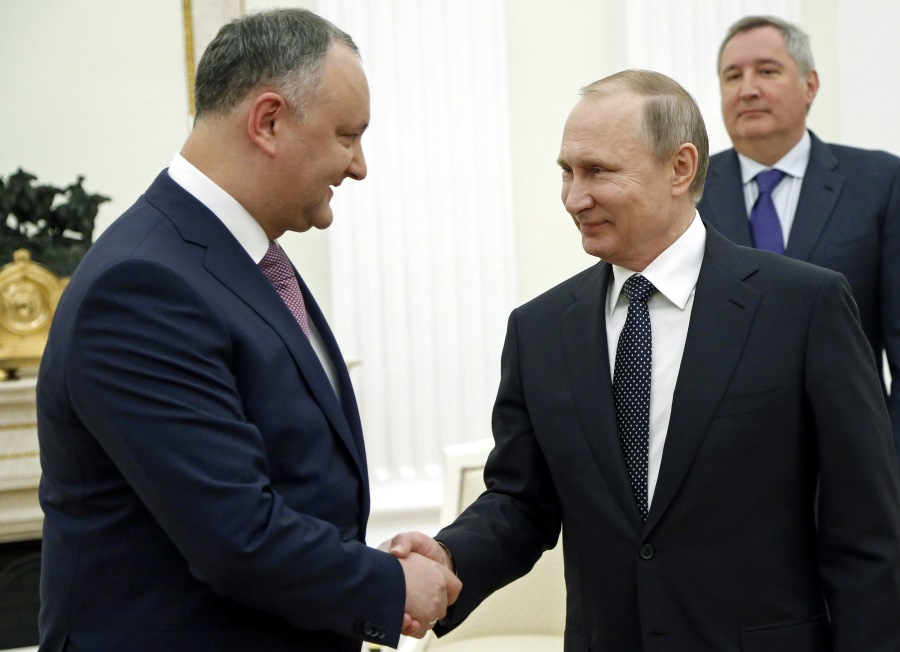 On March 9, Andrian Candu, the Chairman of the Moldovan Parliament associated with the pro-European majority, said that in recent months, Russian intelligence officers treated 25 Moldovan deputies, officers and pro-Western politicians “in a degrading manner”. Moldovans were deliberately held for hours at border crossings. Prime Minister Pavel Filip and Candu called the Russian ambassador on the carpet. They also appealed to politicians, civil servants and state officials to avoid trips to Russia (in traveling to Moscow the president deliberately ignored this appeal). The repressive measures against Moldovans may be in retaliation for an investigation by authorities in Chisinau into Russian money laundering in Moldovan banks – it concerns tens of millions of dollars and high Russian officials who were involved in dealings.

A serious crisis between Moscow and Chisinau isn’t expected. The diplomatic tension may however be used – just like the recent, supposedly unexpected recall of the ambassador in Moscow – in internal intrigues in Moldova. The government, parliament, courts and most of the media is controlled by Vladimir Plahotniuc. The oligarch is guided solely by his own political interests. He currently plays defender of Moldova’s pro-European course, which comes easily for him with Dodona as his rival. The president, whose power is symbolic, loudly proclaims in every direction that he wants an alliance with Russia and to break with the West. Plahotniuc created this rival himself, quietly supporting him during the presidential campaign in the fall of 2016. The current system suits both sides. Plahotniuc is the only partner for the West and blocks any real, pro-European center-right, while Dodon builds support for his socialists before the election.