Oleg Sentsov, a Ukrainian director who is unlawfully imprisoned in a Russian penal colony appealed to the G-7 leaders for help in the release of Ukrainian political prisoners from Russian prisons. The Ukrainian authorities claim that there are 64 Ukrainians convicted for political reasons in Russian prisons.

Oleg Sentsov went on hunger strike in defence of his rights. His protest gained broad support from the international community. At the beginning of June 2018, Sentsov’s sympathizers conducted a global campaign #SaveOlegSentsov in 78 cities around the world. 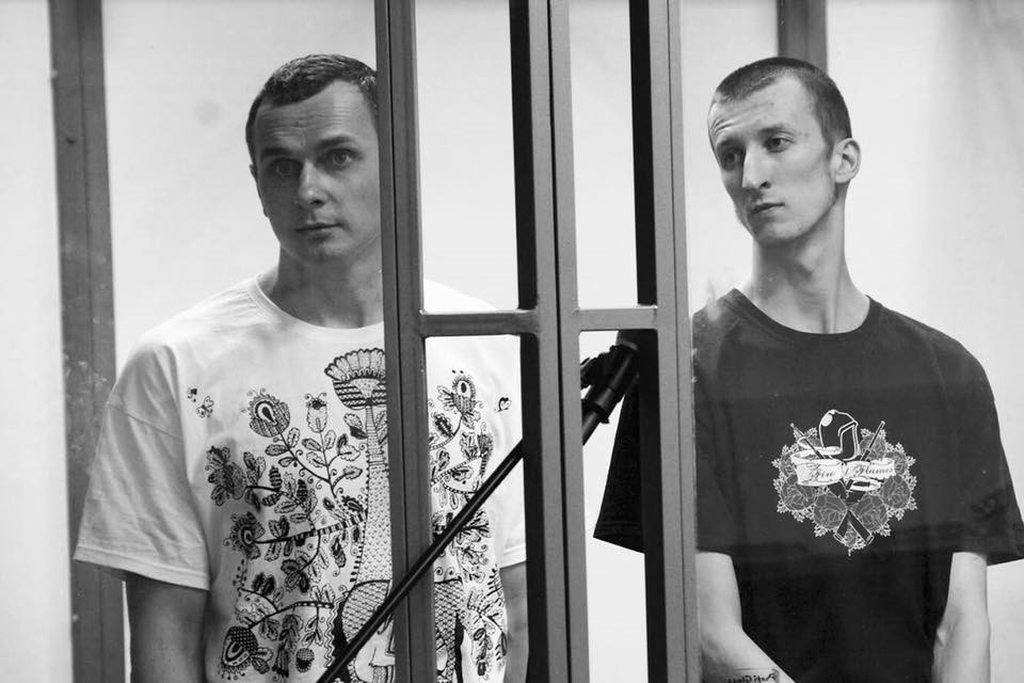 Oleg Sentsov, a Ukrainian citizen, was arrested by the Federal Security Service of Russia in 2014 in the Crimea on charges of preparing terrorist attacks against supporters of the annexation of the peninsula. The court in Rostov-on-Don, where the FSS illegally transported a citizen of Ukraine, declared that Oleg Sentsov had organized a terrorist group that planned to set fire to the headquarters of “One Russia”, Vladimir Putin’s party, and the premises of the “Russian Unity” association (russ.: “Русскоe единствo”) and blowing up the Lenin monument in Sevastopol. The court based itself on the testimonies of the FSS officers who claimed that the doors to the offices of Russian organizations had been really set on fire and traces lead to Oleg Sentsov. Their version of events tends to confirm the testimonies of Sentsov’s colleagues. The accused pled not guilty. He also stated that he had not intended to blow up the Lenin’s monument; he also had no means to implement such a plan.

The Russian media has created the image of Oleg Sentsov, a Banderian terrorist associated with the “Right Sector”, for the propaganda justifying the annexation of Crimea. The judgment of the court in Rostov-on-Don was extremely severe, very good for the Kremlin’s propaganda line: 20 years of a restricted prison colony.

International organizations, legal and journalistic, investigating this case have no doubts that the trial was faked for propaganda purposes. It is reminiscent of Soviet practices from the 1930s. Therefore, the list of institutions and people calling on the Russian authorities to release Oleg Sentsov from the prison and permission to return to Ukraine is very long. There is, among others, US State Department, Amnesty International, Council of Europe, PEN-clubs (signed by Margaret Atwood, Paul Auster, JM Coetzee, Jonathan Franzen, Ian McEwan, Herta Müller, Salman Rushdie, Patti Smith, Timothy Snyder, Olga Tokarczuk, Yurii Andrukhovych, Serhiy Zhadan and many other American and European writers), Film and Art Academies. Oleg Sentsov’s support was also organized by Russian journalists.

The Organization for Security and Cooperation in Europe (OSCE), whose mission is in the east of Ukraine, officially asked Minister of Foreign Affairs Sergey Lavrov to release the Ukrainian filmmaker Oleg Sentsov, who on May,14 went on an open-ended hunger strike. His detention is unfounded and negatively affects the public opinion, not only in the Crimea. The OSCE says that people have the right to express their views and opinions, no matter how critical the views are.

The Ukrainian authorities are trying to use the context of the Football World Cup to solve at least one important problem related to the implementation of the Minsk Agreements – the release of hostages of this undeclared war. Kiev tries to involve the international community in its activities, the campaign of support for Oleg Sentsov is an example of this. Kyiv’s activities are supported in this respect by the International Red Cross.