Russian propaganda can effectively stir up misunderstandings and hostility between the National Guard of Ukraine and the Armed Forces of Ukraine: such a claim was admitted by National Guard Commander, Lieutenant-General Yuriy Allerov in an interview for a Ukraine website apostrophe.ua. In his opinion, this situation can be explained by the fact that troops in the anti-terrorist operation zone in East Ukraine have an access only to Russian TV channels as well as to the ones owned by separatists. 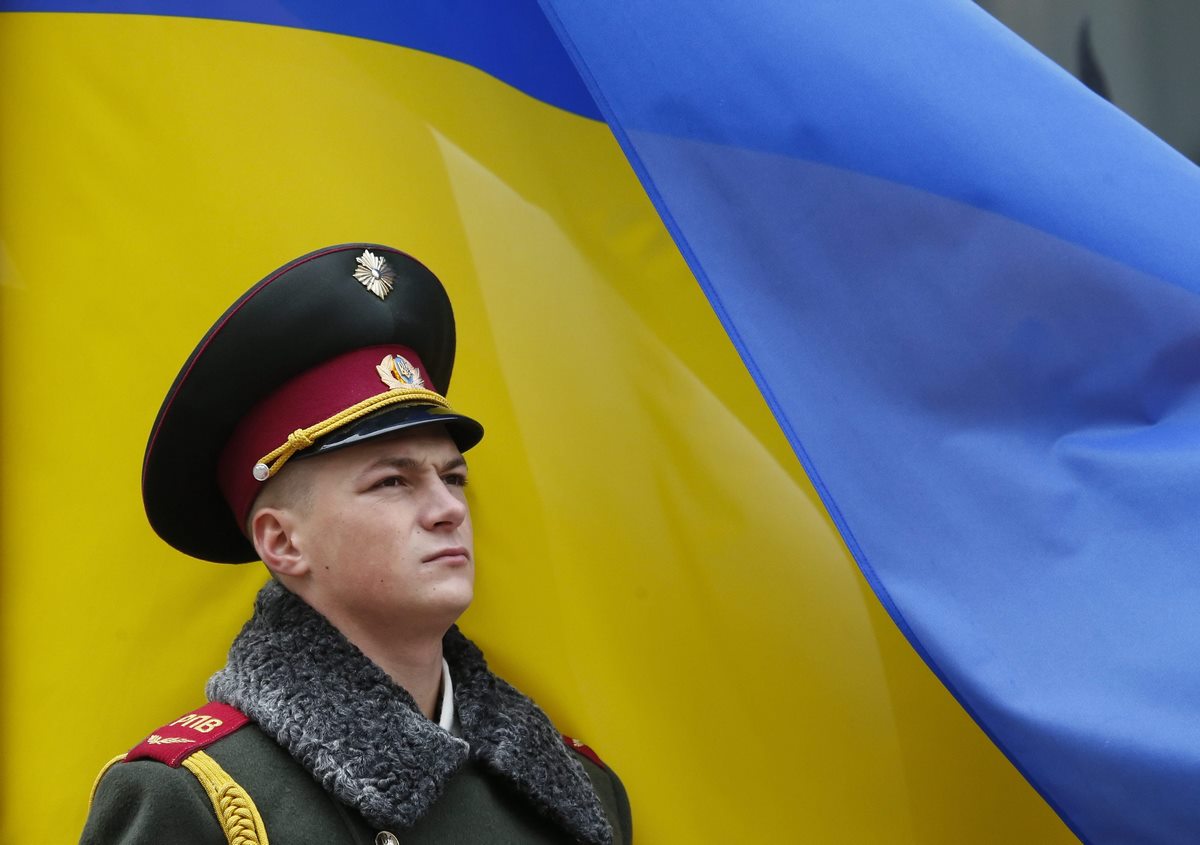 According to General Allerov, “Russian propaganda always seeks to create hostility between the National Guard of Ukraine and the Armed Forces of Ukraine. And it succeeds in achieving so, because in the aforementioned anti-terrorist operation zone, almost everyone watches Russian TV channels as well as the local ones, broadcast by separatists. Our TV towers, which are placed there, are not enough to cover the entire area of Donbass. And, as for now, there are too few of them”, he adds. According to the National Guard Commander, such a situation gives rise to numerous problems. As he admitted in the interview, “I want to establish a group of boys who deal with information resources and tell them: you have to do something and you have to reduce the pressure on soldiers’ subconscious in the case of hostility between the National Guard and the Armed Forces. I came to this conclusion thanks to this small but quite important situation. We were asked by Embassy of Latvia to protect its transport of humanitarian aid from the border to the anti-terrorist operation zone. I gave my consent and I provided a military escort. We addressed the customs where we delegated the people; the Ambassador himself went to the anti-terrorist operation zone, most precisely to the city of Avdiivka. Our volunteers also went there, along with the girls studying in Canada… And that was in Avdiivka where one of these girls, with whom I had talked and who had come back from the front line (it was where a subdivision of the Armed Forces was stationed), started to cry. All of us, including the Ambassador, were curious what happened. Once she calmed down, she told that she had met a fifty-year-old bearded soldier on the front line. He had been sitting on the tank and couldn’t hide his tears. When the girl asked him why he had been crying, he answered: “There is the National Guard behind us. If we withdraw, they will shoot us”.

According to General Allerov, such is a mindset of many soldiers on the front line, which can be explained by the impact of the Russian propaganda. As evidence, he cites the footage, recorded in 2017, where the Russians glorify the National Guard of Ukraine and, at the same time, disdain the Armed Forces. Such materials aim to deepen the conflict between these two Ukrainian formations. In the further part, Allerov informs about some actions against sowing discord between the Armed Forces and the National Guard due to such initiatives as common blood donation but he also adds that Ukraine does not react to these kinds of Russian attacks.

General’s opinion confirms the fact that, in spite of a three-year conflict, Ukraine remains more susceptible to Russia’s propaganda influences as well as ones of the separatists in the east of the country. It turns out that even members of Ukrainian military formations, who are engaged in their homeland’s defence, are not sufficiently protected against the hostile propaganda. Certainly, the Russian propaganda has even a greater impact on the residents who live nearby the front-line area.