According to some media, as well as political analysts, the position of Sergei Lavrov is weakening. So far, the head of Russian diplomacy was considered to be one of the major officials responsible for Moscow’s international policy, and, most of all, he enjoyed the confidence of Vladimir Putin. Recently, the Russian Ministry of Foreign Affairs has had nothing to boast about. There is the political stalemate in the case of Ukraine, no major successes in the European Union and, what seems to be particularly important, Russia’s relations with the United States have recently deteriorated. If there are any successes (for instance in the Middle East), it occurs rather thanks to the “military” diplomacy, conducted by generals and Sergei Shoygu himself, than experts from Russia’s Ministry of Foreign Affairs. 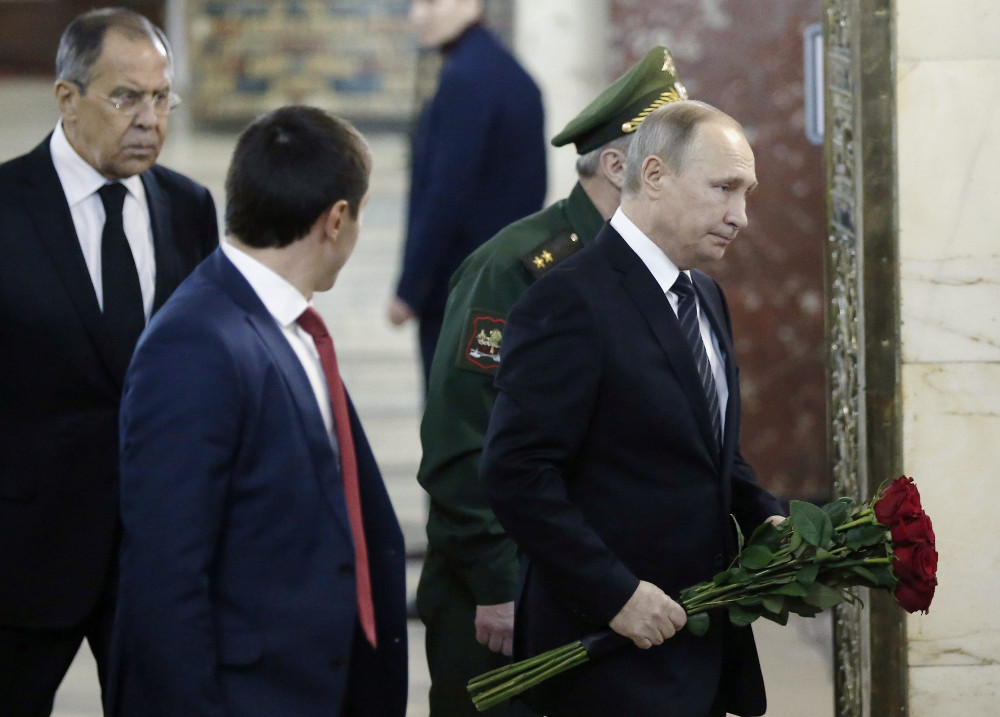 The Kremlin has no reason to be satisfied with the Ministry’s work. Instead, it is more likely to use diplomatic measures and people such as Shoygu and his recent visit to Turkey and Syria, Secretary of the Security Council, Nikolai Patrushev (his mission in Belgrade) and Head of Chechen Republic, Ramzan Kadyrov, with his relations with the Islamic world. Of course, Putin continues to be the main actor behind the state’s foreign policy. But it is not enough to improve Russia’s relations with the United States. The Kremlin has been more and more involved in a policy against Washington, which has resulted in failure. However, one can justify Putin that his current diplomacy toward the United States appeared to be ineffective.

Lavrov’s American missions and his frequent meetings with Rex Tillerson were not successful enough; instead of the reset of their relations, both states are involved in a diplomatic war. Even “a road map” of advance, the project coordinated by the Deputy Foreign Minister, Sergei Ryabkov, resulted in failure; there is no rapprochement of the United States and Russia on the case of Afghanistan, Iran and, more importantly, Ukraine. Thus, the Kremlin blames diplomats, the Ministry of Foreign Affairs and its embassy in Washington for such a state of matters. But attempts to take over the initiative by the presidential centre have yielded deplorable results. When the American Congress adopted a new package of sanctions, Moscow requested to cut the number of staff of American foreign missions by 60 per cent. Such a necessity was particularly highlighted by Putin himself. However, the Ministry of Foreign Affairs was not willing to undertaken such radical steps. First, it was known that Americans could take some retaliatory actions. Secondly, it was not the Congress, but the State Department that had been “attacked”; the latter is considered by Moscow as the most convenient negotiating partner, since Tillerson lobbied against the anti-Russian sanctions. Third, the above-mentioned sanctions were not applied automatically and Trump has had some freedom in using them. Even though, Putin went to diplomatic war with the United States. And the Americans responded with closing the Russian Consulate General in San Francisco and two other Russian diplomatic annexes in Washington and New York. The results of such an exchange are much worse for Moscow.

Lavrov has nevertheless responded cautiously and he keeps mentioning the need for dialogue. But, as he said, in order to achieve so, the United States has to express its good will. Or at least, he does not say anything. And even if the Foreign Ministry uses any anti-American rhetorics, it comes mostly from Lavrov’s deputy ministers. Meanwhile, the Kremlin uses a completely different strategy and it is Yuri Ushakov himself who leads the field in the matter. It has already been known that Putin’s adviser on foreign policy disposes with diplomatic influence comparable to the one exerted by Lavrov himself. However, the current situation does not necessarily have to indicate the conflict between the head of the Ministry of Foreign Affairs and the Kremlin and Lavrov’s weakening position. It may be also a typical game of good and bad cop. The role of the bad one is played by the Kremlin’s representatives: Ushakov, presidential spokesman Dmitry Peskov and, in some situations, even Putin himself. However, Lavrov may be a “good cop” since he will be a key person who can be addressed by the Americans in case of negotiations.