The head of the government and the mayor of the capital are put behind bars, a lot of resignations are handed in and the landings of officials from the outside are made – this is how the anti-corruption operation in Dagestan is being carried out. The operation in the largest and most populous republic of the North Caucasus has adopted a scale so far unknown. For the first time in the history of the Russian Federation, the prime minister of the federation subject and his deputy are detained on serious corruption charges. The Kremlin is all about breaking up local clan connections and showing other regional leaders that there are no untouchable politicians. Spectacular detention of “bad boyars” is part of Putin’s the “good tsar” election campaign. These are just one of many steps in disciplining the elites, following the trials of former minister Ulyukaev and former governors. 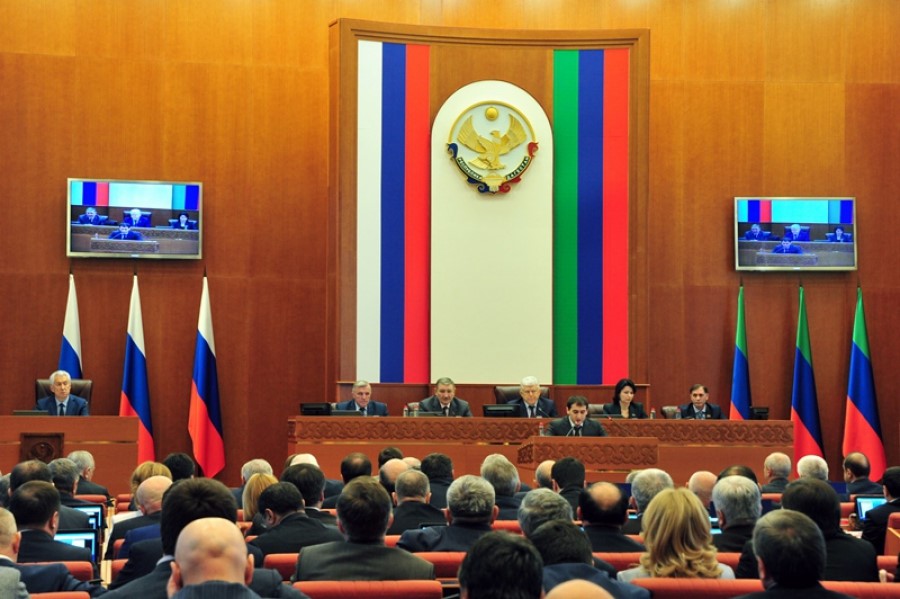 Dagestan is one of the poorest regions of Russia, as much as 70 percent of its budget comes from the subsidies from Moscow. There is also the overlapping problem with clans, that is, groups related not so much by blood, but by business and criminal deals. Nowhere else in Russia is the clanship as strong as it is in Dagestan. Therefore, systemic corruption in this republic is no surprise. According to the acting president of the republic (from autumn 2017), Vladimir Vasilyev, “for many years a certain system has been built in the republic, a system which enabled one to bribe somebody and to connect to a gas pipeline or a power grid; to bribe somebody and to refuse to pay taxes”. It was as early as in 2005 when Dmitry Kozak, the then plenipotentiary representative of the president in the Southern Federal District, wrote all about it in his report to Putin. Why hasn’t the Kremlin decided to do something about it then? Why now?

The change in the office of the head of the republic itself has already foreshadowed a purge. Four months ago, Dagestani politician Ramazan Abdulatipov was replaced by Vladimir Vasilyev, a man from Moscow and an experienced general from the Ministry of Internal Affairs. It was at his request that at the beginning of the year the unprecedented control led by 38 prosecutors and 40 specialists from Moscow has started. Officially, all 19 ministries, various republican institutions and the four largest cities were inspected. In fact, it is known that the local power structures and external links of Dagestani “barons” were not disturbed. The arrests began in January (including the one of the mayor of Makhachkala), but the “real earthquake” occurred on February 5. On that day, FSB officers arrived from Moscow and arrested the head of the government, Abdusamad Gamidov, his deputies Rajuddin Yusufov and Shamil Isayev and former education minister, Shakhabbas Shakov. They were immediately transported by plane to Moscow, where the court ruled in favour of a two-month pre-trail detention. All four of them are suspected of the embezzlement of the budget funds from social programmes on a large scale. The amount of money that is being speculated is a total of 95-100 million roubles (1.62-1.71 million dollars).

Vasilyev deposed the entire government on the day when the prime minister was detained. On the following day he appointed Artiom Zdunov, the former minister of economy of Tatarstan, as the new prime minister. The 39-year-old Zdunov belongs to the “young technocrats”. He used to serve at the FSB. Vladimir Ivanov, Vasilyev’s former colleague from the Duma, was appointed the head of presidential administration, Galina Jemeljanova (also from the Duma) became the head of advisers and Denis Popov took the position of the head of the prosecutor’s office. Many inhabitants of Dagestan do not approve of this landing of outsiders for key positions. It is recalled that “even under the Communists, the leader of Dagestan was a Dagestani”. In order to calm down the situation, Vasilyev and Zdunov promised that the new mayor of Makhachkala and the new government will be elected from local units.

The changes taking place in Dagestan are part of the processes of the centralisation of state and the limitation of the real power of regional elites (read more in the Report). Besides, the Kremlin did not exclude the possibility that the anti-corruption operation could go beyond Dagestan and take over other republics.