Another success of the bold policy of fait accompli. Triumphant Putin, behind the wheel of a truck is going over the bridge, through the Kerch Strait, the bridge that connects Russia and Crimea. The President of Russia is carrying out another stage of his historic mission that links soaked with Russian blood peninsula with the homeland. 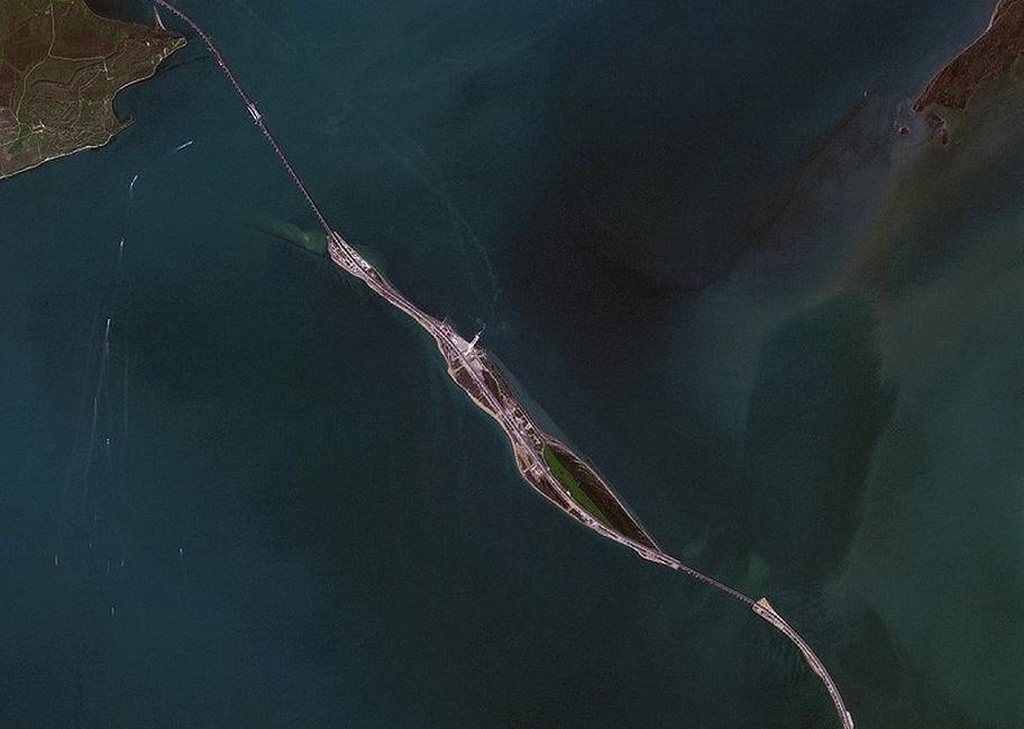 Ukraine, the European Union and the United States are objecting, recalling that Crimea is a part of Ukraine, and that the bridge has been built with violation of international law. But who cares about the law nowadays?

The idea of building the bridge across the Kerch Strait is not new. It was arising in the history in the military context. First, after the Crimean war, it was British idea to make a railway connection between Europe and India. Before the First War World, military men were encouraging Tsar Nicholas I to build another bridge that would strengthen Russia’s military power. But there was no money. Adolf Hitler was also an enthusiast of this project – he was thinking about another oil supplies for his tanks in Russia. Hitler ordered this case to Albert Speer, who was not delighted with the idea of his boss because he had become acquainted with geological conditions and knew that the investment would cost a fortune, however he was carrying it out. After the war, he wrote in his diary that he had been carrying out this project extremely reluctantly. When Stalin had been notified about the start of construction by Germans, he ordered to not to bombard the construction – it will be useful after was, as he was believed to say. Dozens of spans survived the war, but at this time Russia had other problems. In winter shortly after the war , moving ice floes destroyed the bridge.

Kremlin came back to the idea of Crimean bridge about 2010. Ukrainians claim that at this time Putin started preparing his “Crimea is ours” plan. Kyiv was not against the construction, but it was deeply distrustful. That is why Ukrainian specialists indicated natural obstacles to the construction of the bridge. Above all – they indicated the seismologically unsure ground underneath the water of the strait. They even considered building of a tunnel which would be safer. Before the Revolution of Dignity, the idea of Crimean Bridge was circulating in political and engineering cabinets. The idea was introduced after the Crimea annexation to strengthen Russia’s political position in the dispute with Ukraine about the borders and to fight more effectively to regain Russia’s area of influence in this region of the world. “Thanks to your work and your talent, the miracle has happened.”- Putin said while thanking the bridge’s workers. “In different historical epochs, even under the tsar priests, people dreamed of building this bridge. Then they returned to this [idea] in the 1930s, the 40s, the 50s. And finally, thanks to your work and your talent, the miracle has happened.”

Did Putin really remember about all the dreamers while speaking to the builders? The histories of some of them does not bode well.
Russian propaganda has a new item of national-imperial cult. The bridge will appear on TV screens every day with a short break for football World Cup in Russia. Later the history will continue. In time the bridge will be opened for trucks, now railway extension works are taking place.

Kyiv answered to Putin’s triumph with sarcasm and concern. The President Poroshenko said that thanks to the bridge, it will be easier for Russians to evacuate from Crimea. The Ukrainian government is preparing other lawsuits against Russia in connection with the breaching of international law and ecological and maritime law. The bridge construction has dramatically limited the work of ports in Mariupol. The opening of Crimean Bridge inhibits shipping, limiting the numbers of ships which are able to swim through the Kerch Strait – the only way to Ukraine’s territorial waters on the Sea of Azov. The US Department of State remarks that: “It resembles Russia’s continuous willingness to violate international law”. Washington previously imposed sanctions against people and organizations involved in the bridge construction. However this information coincided with the rise in oil prices caused by the US withdrawal from the Iran nuclear deal. As a result, Russia’s war budget received unforeseen injection of money. This is bad news for Ukraine. Ukraine’s military experts bring awareness to Crimea’s militarization by Russia. New road links, and railway links in the future will make the transport of armaments and soldiers to Crimea easier. What makes it possible to attack Ukraine from the south. Today Crimea is one big military base. That is bad news for that part of Europe.

For the supporters of Ukraine’s independence, its territorial integrity, the Crimean Bridge is another political challenge. Russia, despite sanctions and a partial isolation in the international area does not resign from violating international law, moreover, Russia breaks it permanently.