On May 29, 2018, the Faculty of Political Science of the Marie Skłodowska-Curie University in Lublin held an analytical seminar entitled “Three Seas Initiative: Idea, Implementation, Perspectives” organized by the Regional Center for International Debate in Lublin. The Warsaw Institute Foundation provided institutional support of the seminar. The aim of the conference was to provide numerous views on the concept of the Three Seas Initiative from perspectives of experts from Lithuania, Hungary, the Czech Republic, Slovakia, and Poland. Participants representing various scientific and analytical centers presented a multifaceted view on the Three Seas Initiative with the aim of discussing all economic and socio-political aspects. 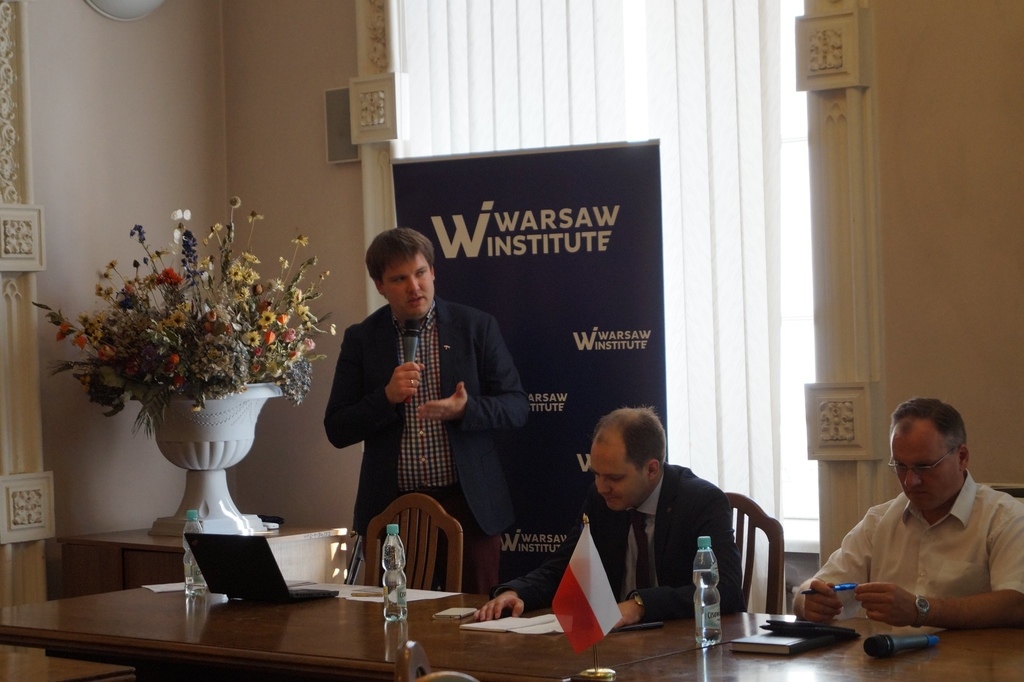 The first speaker, Dr. Łukasz Lewkowicz, put forwards historical aspects that had influenced the shape of the idea behind the Three Seas Initiative as well as he indicated the Polish perspective on its development. Dr. Lewkowicz pointed that the Three Seas Initiative was composed of countries located between the Adriatic, the Baltic and the Black Sea, namely Bulgaria, Estonia, Lithuania, Latvia, Slovakia, Slovenia, Hungary, the Czech Republic, Romania, Poland, and Croatia. Moreover, he stressed that the project included only member states of the European Union, which seemed to explain the absence of Ukraine or some countries of the Western Balkans. By highlighting the condition of cooperation between states, he also emphasized that the idea behind the concept had been influenced by several factors, including migration crisis, EU institutional crisis, Brexit (and its consequences for Central and Eastern Europe) as well as the conflict in Ukraine and Russia’s neo-imperial policy. He also pointed out the broad infrastructure of the project as evidenced by such investments as “Via Carpathia” or “Via Baltica” and waterways connecting countries of the region: E30 (Danube-Baltic Sea) and E70 (Atlantic-Baltic). The speaker also referred to the challenges that could possibly be met by the Three Seas Initiative from the Polish perspective. He urged that Poland would have to face the competition from strong countries in the region (including Germany and Russia) that are not necessarily favorable to the concept.

The next speech was delivered by Dr. Tomáš Strážay (Slovak Foreign Policy Association). At the beginning of his report, he focused on some factors related to the economic development of the region. He stated that it was necessary to build new energy transmission connections that would become independent from any external factors and, at the same time, would not be susceptible even to the conflict in Ukraine. In his opinion, the Slovak perspective referred mainly to economic benefits. Moreover, he argued that the initiative needed to focus on the energy area and such a plan could be achieved by diversifying gas supplies to this part of Europe.
At the end of his presentation, Dr. Strážay expressed his approval for the project as well he ensured that Slovakia would continue to support the Three Seas Initiative. Even though the country considers the concept as a Polish-Croatian one, Bratislava should be interested to develop infrastructural investments within its framework. Dr. Strážay also stressed that the Three Seas Initiative should first and foremost keep its economic character while Slovakia would strive to ensure that engaged states got involved in sectoral cooperation; at the same time, it could not turn into a purely political initiative.

The third to speak was Dr. Gediminas Kazėnas (Mykolas Romeris University in Vilnius). At first, he focused on security as the most important reason why the Three Seas Initiative constituted such an attractive formula of cooperation between states of the region. For Lithuanians, the development of the Three Seas Initiative may constitute certain stabilization in the region, which is in the state’s best interest. Moreover, the speaker drew attention to some economic and energy issues. Dr. Kazėnas stressed that such investments as GIPL and LitPol Link, which had been partly covered by the EU budget, constitute an excellent platform for the development of greater regional cooperation. He also spoke about Lithuania’s attitude to the idea of the Three Seas Initiative. In his opinion, Lithuanians feel positive about the project as well as the society is eager to engage in various projects within its framework.

Another speaker, Jan Rafal Lupomesky (former adviser to President Vaclav Klaus), spoke about the Czech perspective. He emphasized that such projects as the above-mentioned “Via Carpathia” and “Via Baltica” did not involve the Czech Republic, as their road infrastructure was not located in the state territory. He added that the Czech Republic had nothing in common with some of the countries of the Initiative (Estonia or Lithuania), which may trigger some complications. Dr. Lupomesky stressed that the plans, which were associated with this concept, did not constitute an alternative for the Czech Republic nor did they affect the strengthening of the “Czech national interest”. As a result, the Czech society, as well as the country’s power elites, express very little interest in these issues.
The last speaker, Dr. Dominik Héjj (kropka.hu) presented a Hungarian opinion about the initiative. He referred to the directions of Hungary’s foreign policy. He stressed that its main purpose was to promote the country’s national interest (Hungarian: nemzeti erdek). Dr. Héjj said that the Hungarians would not consider the initiative in terms of their priorities, as they are more interested in cooperating with the Germany-Russia-Turkey axis. To sum up his speech, he pointed out that it might be difficult to reach agreement on further development of the Three Seas Initiative due to conflicting interests of individual states (including Hungary) that would not be able to unite around one geopolitical concept, especially if it exists mainly as a declarative area. 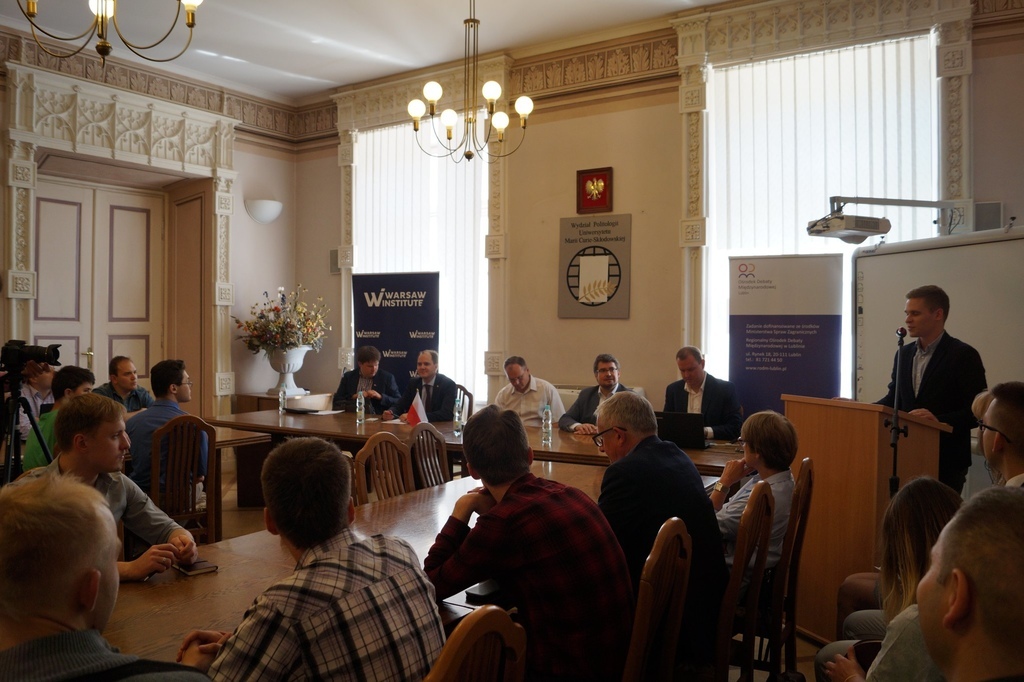 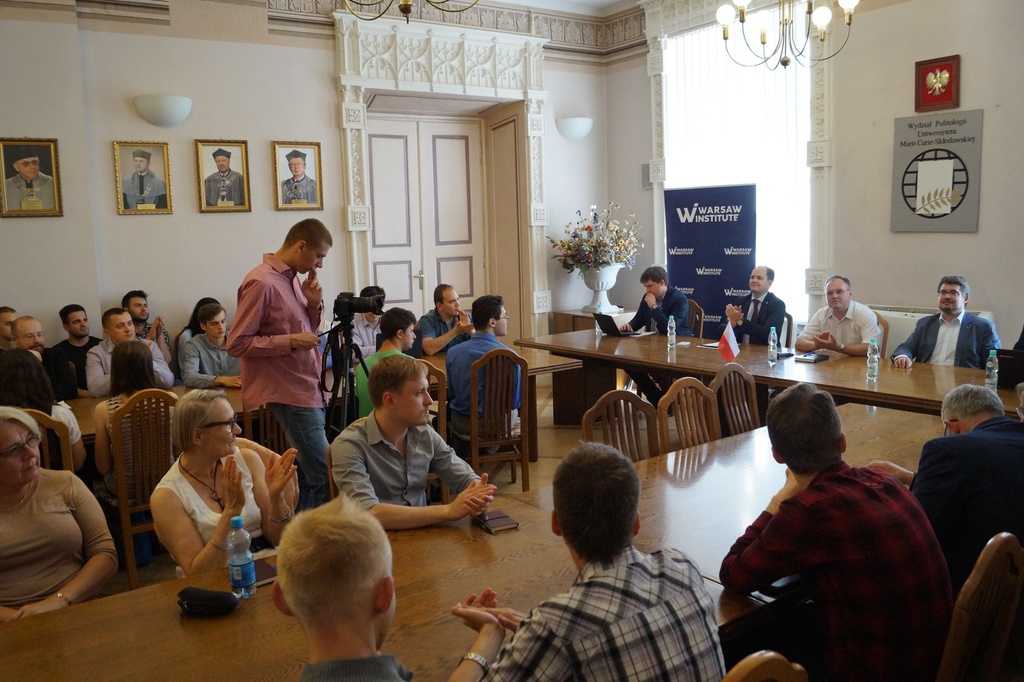