Putin’s regime is steering an ever-sharper course in its domestic policy, with new legislative changes paving the way for more severe repression. The State Duma on December 23 approved a bill, under which any individual could be deemed “a foreign agent” if they receive material or monetary support from abroad. The law along with a whole package of others adopted that day could prevent anyone whom the regime deems an enemy from engaging in public activity. 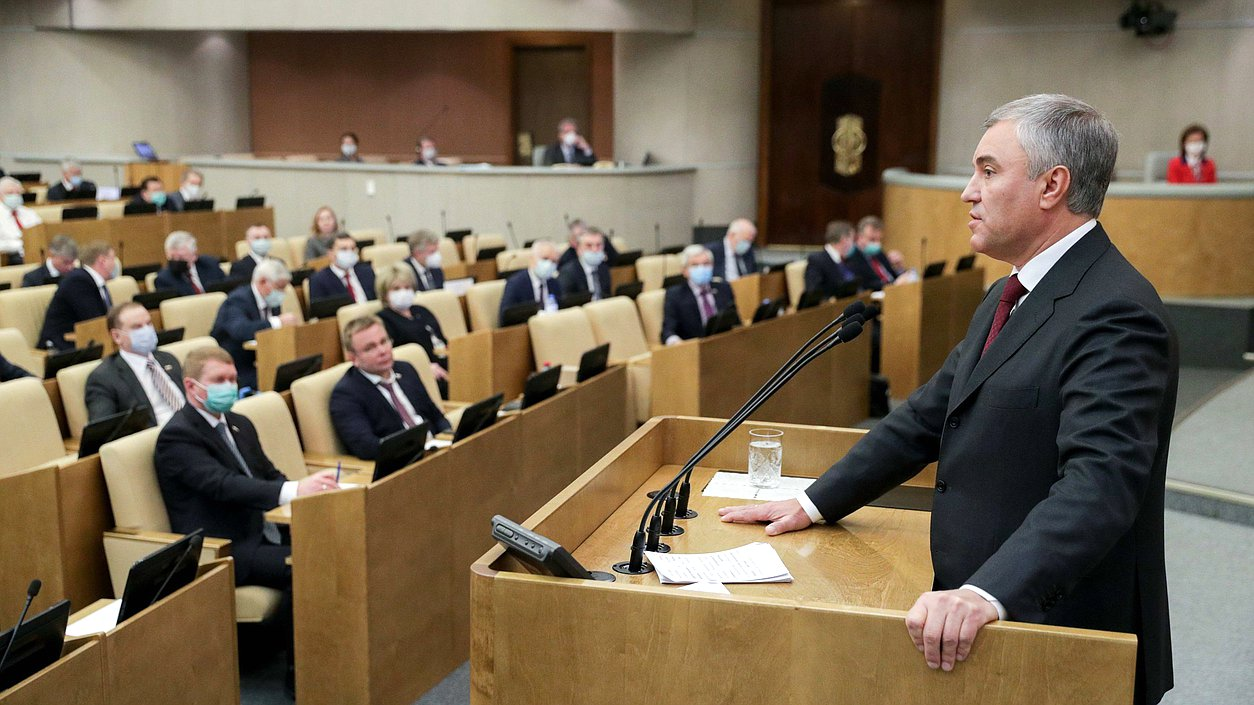 Russia’s lower house State Duma on December 23 adopted new restrictions on free speech and democratic processes. Russian lawmakers passed draft legislation that includes an expansion of who can be labeled a “foreign agent,” in force since 2012. The controversial changes expand the scope of individuals and groups that can be designated “foreign agents” and introduce new restrictions. This is yet another time that Russian lawmakers tightened the law. Back in 2017, the law saw a slew of foreign-funded media outlets as “foreign agents.” Now even more drastic restrictions have been passed. Any citizen who “carries out political activities on the territory of the Russian Federation in the interests of the foreign state and/or deliberately collects information on the military and military-technical activities of the Russian Federation”, which “may be used against the security of the Russian Federation” after being transferred abroad, could be considered a “foreign agent”. What are requirements to meet to become “a foreign agent” according to the updated law? It is chiefly about receiving financial and organizational support from abroad. How does the law define “political activity” for which individuals or institutions risk being called a “foreign agent?” It is enough to take part in rallies, be a member of a political party, or help hold elections or carry out polls and socio-political research.

Recognizing someone as a “foreign agent” will severely limit their public rights. The law also says that individuals labeled as “foreign agents” would be banned from joining the civil service or holding a municipal government position, while being refused access to state secrets. The new law adds that any such person is obliged to submit detailed paperwork every six months if they receive money from abroad. Under the changes, also foreign media correspondents could be labeled “foreign agents.” Tight restrictions would also affect NGOs not being legal entities. Groups or individuals deemed foreign agents had previously been required to register with the Justice Ministry and submit their planned activities. What is worth attention is that media outlets – while publishing reports on individuals or organizations labeled “foreign agents” – will be required to include this information.

On December 23, the State Duma approved in a second reading the legislation that lays out a punishment of up to five years in prison for individuals or organizations labeled as “foreign agents” who fail to inform official entities about their status, or refuse to report their activities to Russian authorities. Also on December 23, the State Duma passed a bill in its third reading that would allow the federal media watchdog, Roskomnadzor, to block websites that “discriminate against Russian media.” The bill is seen affecting major social-media websites such as YouTube, Facebook, and Twitter. The State Duma also approved a bill on introducing jail terms for people found guilty of making slanderous comments on the Internet or in the media. Under the legislation, a person convicted of slander on the Internet could face up to two years in prison and a fine of up to 1 million roubles ($13,300). People accused of making “slanderous” accusations of rape or other grave crimes could face up to five years behind bars. Among other bills approved on December 23 is one that bans financial support of public events by foreign entities. That legislation includes prohibiting the financing of public events in Russia by foreign governments, organizations, citizens, stateless citizens, individuals and organizations labeled as foreign agents, Russian citizens younger than 16, anonymous contributors, and Russian organizations that were registered less than one year before providing financial support to a public event The law will bar opposition activists from being publicly involved. All of the bills approved by the State Duma must still be approved by the parliament’s upper chamber, the Federation Council before President Vladimir Putin endorses them into law.