Russian Intrigue in the Heart of Africa

The fact of murdering three Russian journalists in the Central African Republic (CAR) may have serious political repercussions both for the authorities in Bangui and Russia’s interests in the country. The journalists were investigating a Russian private military company; disclosing some information would harm mercenaries from the Wagner Group as well as they would possibly hit the policy implemented by the Kremlin in Africa. 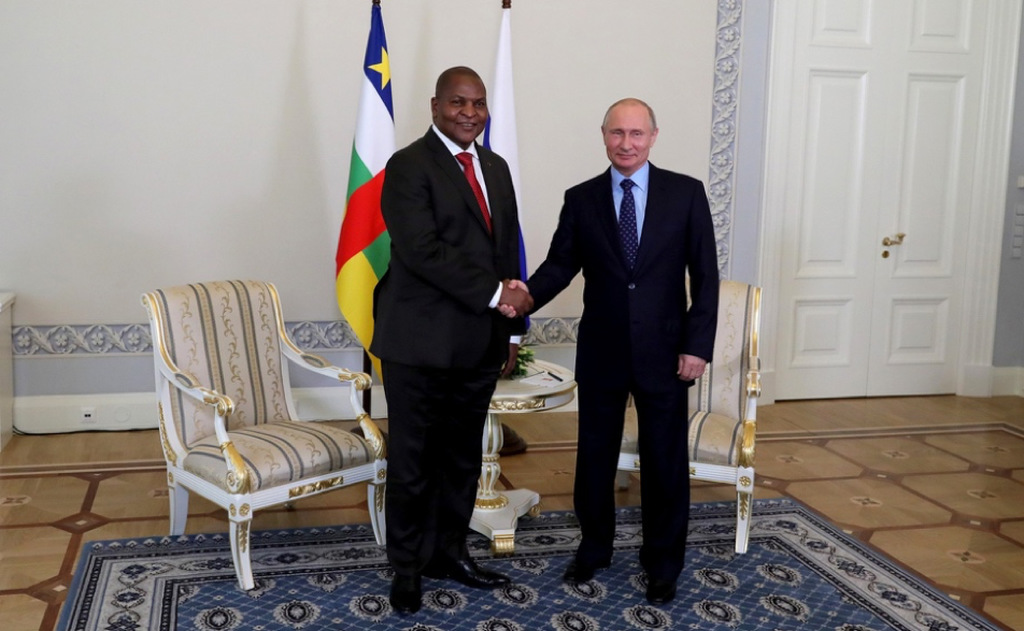 The three Russians carried out a journalistic investigation backed by a businessman Mikhail Khodorkovsky. It was all about the activity of the company belonging to Yevgeny Prigozhin, a businessman with links to the Kremlin and Russian President Vladimir Putin, as well as about mercenaries from a private military firm owned by Prigozhin. Three journalists were killed by unidentified assailants on the evening of July 31 while they were on their way to a town located in the area of deposits of gold, diamonds and uranium, which is being currently protected by Prigozhin’s people.

Both his companies as well as mercenaries arrived to the CAR at the beginning of this year. Officially, they were supposed to grant Russia’s help for President Faustin-Archange Touadéra. The country has been plunged into civil war for several years while the legal government is able to control only the capital along with a small area around it. The UNSC has imposed an arms embargo on the Central African Republic; nevertheless, in December 2017, Russia secured an exemption to the Security Council arms embargo. As a result, Moscow provided Bangui with arms transport as well as 175 qualified instructors in order to guarantee arms and train two battalions of the government army. Five of the above-mentioned instructors are officers of the Russian army whereas the remaining 170 were identified as civilian ones. In fact, they are mercenaries from the Wagner Group responsible for President Touadery’s personal protection. In addition, another contractors flew to Bangui; of course, the main reason of their visit was not official. According to some regional media, as many as 1,400 Russians stationed in the Central African Republic in April this year. Their task is to protect the exploitation of mineral deposits by Lobaye Invest, yet another Prigozhin-owned company. Nonetheless, most of these deposits are located in the areas controlled by Muslim rebels. So the Russians probably began to conclude some secret agreements with them so that they could freely exploit the natural resources. Nonetheless, such plan is contrary to the goals of Russia’s mission in the Central African Republic (including its assistance in restoring the control of the state’s legal government over the country’s territory).

So it does not come as a surprise that the independent journalists, who were flew to the Central African Republic to shoot material on the Wagner Group, became a huge threat to both Prigozhnin’s interests but also the ones of the Russian state. It is possible that Islamic State-linked rebels will be accused of killing three Russian journalists; nonetheless, due to numerous ambiguities around this bloody incident, it may lead to the conclusion that mercenaries from the Wagner Group might have been responsible for the attack. The case has gained a lot of publicity; due to the pressure from Western countries, the UN will examine Russia’s real activities in the CAR. It seems that Russia’s activities may be limited or even completely cut by France. As a former French colony, the Central African Republic is still considered by Paris as its traditional zone of influence. In fact, a few years ago, France took advantage of the help of its allies, mainly in Chad, to start a rebellion; as a result, the then-government was overthrown but at the same time, a civil war broke out. French Foreign Minister Jean-Yves Le Drian has recently paid a visit to Chad. So it is possible that Paris will make an attempt to overthrow the government in Bangui since President Touadéra has apparently decided to cooperate with the Russians. In a sense, he also became their hostage. Because contractors from the Wagner Group constitute now his most immediate protection (as all his compatriots have been forced to step down) while all decisions are made by a special security advisor to President Touadera Valery Zakharov. Thus, the murder of journalists may become an element of the geopolitical game whose players are struggling for control over one of world’s poorest country located in the heart of Africa.