The Indian government strives to intensify its armaments cooperation with Russia disregarding the U.S. warnings. Russian naval vessels and missiles seem very desirable equipment for the state’s army. It is just a matter of time when India and Russia will seal next deals, especially after the visit of the Indian navy commander to Russia. Following a certain period of cool diplomatic relations with Moscow, India has now upgraded its defense ties with Moscow, becoming the largest purchaser of Russian military equipment and weapons. 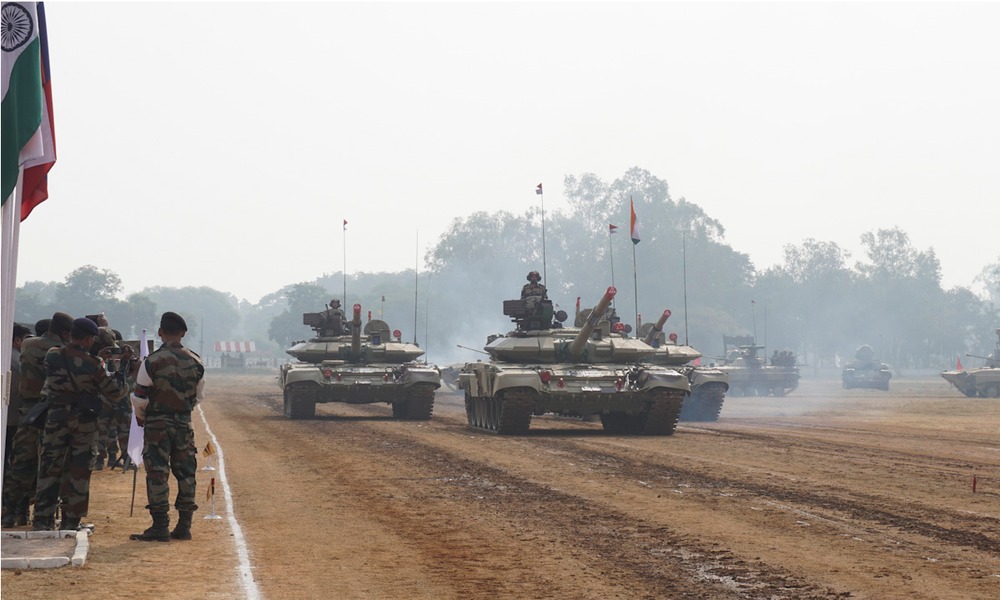 The Indra-2018 joint military exercises officially ended on November 28. This year’s edition was held in the Indian state of Uttar Pradesh. The drills, officially launched on November 18, were attended by 250 soldiers from Russia’s Eastern Military District and 250 servicemen from India. Shortly before the end of the maneuvers, the Chief of the Naval Staff of the Indian Navy paid a three-day visit to Russia. Admiral Sunil Lanba held bilateral talks on Russian-Indian military and armaments partnership with his Russian counterpart Admiral Vladimir Korolev as well as he met with a number of Russian officers.

Ahead of Lanba’s trip to St. Petersburg, it was informed that Indian Defense Ministry inked an agreement on assembling two Admiral Grigorovich-class frigates. The deal is said to be worth 500 million dollars. The Project 11356M-class frigates are likely to be built from scratch at the Goa Shipyard Limited (GSL). The contract concluded with Russian defense major Rosoboronexport provides for transferring all necessary technology to the Indian shipyard. The construction of the ships will begin in 2020; the first platform will be ready in 2026 while the second one is expected to be deployed a year later. The 3.620-ton and 124.8-meter Admiral Grigorovich-class is an upgraded version of the six Talwar-class frigates that Russia built for the Indian Navy between 2003 and 2013. The Indian warships can be armed with the BrahMos supersonic cruise missile systems. In addition, India signed yet another $950 million contract with Russia, under which Moscow will dispatch to the country two more warships. The two Admiral Grigorovich frigates destined for the Indian Navy will be constructed at Russia’s Yantar Shipyard in the Kaliningrad Oblast. The warships will be equipped with Ukraine-made turbine engines, which were the object of a separate procurement.

The visit of the Indian admiral to Russia occurred shortly after Vladimir Putin’s stay in India. During the New Delhi meeting, India signed an agreement with Russia to purchase a batch of S-400 air defense missile systems at a cost of around $5 billion. The first missile system is expected to be dispatched to India by the end of 2020. The Indian government intends to seal a new 10-year framework deal for the construction and upgrade of at least a dozen types of Russian weaponry systems, including fighter aircraft, artillery guns, and missile launchers. India keeps signing new arms agreements with Russia disregarding warnings by the United States of sanctions. The U.S. presidential administration imposes sanctions against any countries that carry out military transactions with Russia’s defense sector.