Will the Regime Get Rid of Navalny?

There are indications that after many years of ban imposed by Russian authorities, Alexei Navalny will finally be able to travel abroad. When the opposition activist obtained a passport, he applied for a visa to one of EU countries. His trip connected with eye surgery should take at least a week. It’s unclear, however, if the regime will allow Navalny to return. The trip may be used to solve the increasingly burdensome problem caused by the blogger who reveals corruption in the ruling elite and is able to mobilize thousand of his countrymen to take to the streets. 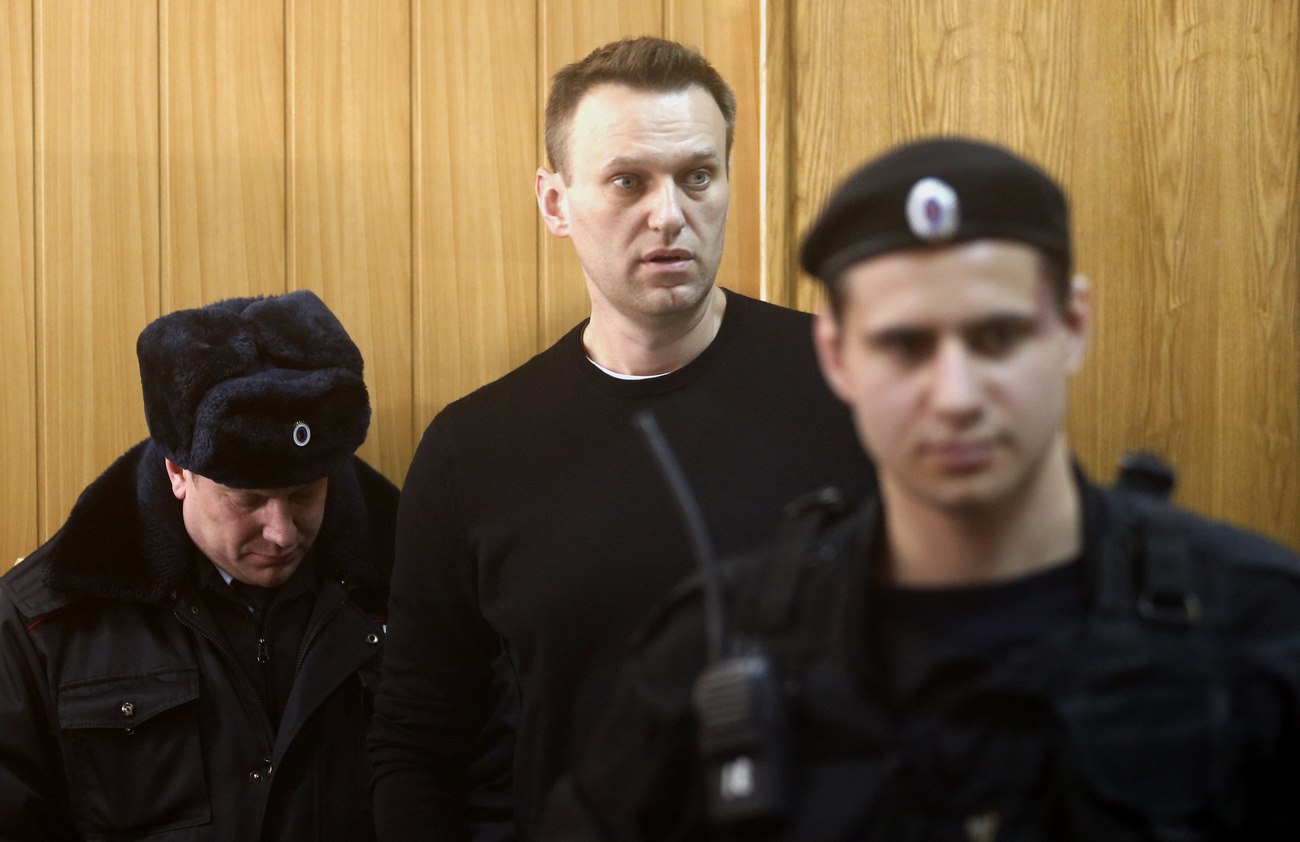 The opposition activist, who at the end of April fell victim to a hooligan attack – Kremlin inspired, as everything seems to indicate – has lost 80% of the vision in his right eye. On May 4, he was unexpectedly issued a passport, after five years of denials. It’s unclear where he intends to go for treatment; earlier he mentioned Spain or Switzerland.
Navalny had been given a suspended sentence twice in the past. Such sentence gives grounds for prohibiting a Russian citizen to go abroad. Nevertheless, Navalny did get a passport. Federal Penitentiary Service of Russia, however, reminded him promptly that people who have been convicted are forbidden to leave the country. Yet the Moscow court’s spokesman concluded that a suspended sentence, which on May 3 became final (5 years of imprisonment for alleged embezzlement), didn’t prohibit Navalny from going abroad.
It’s possible that the permission for Navalny to go abroad results from the fact that Kremlin is seeking to engage the US in cooperation in Syria and therefore doesn’t want to be accused of preventing Navalny’s treatment. Especially considering the fact that recently Navalny has enjoyed increased interest of the West, after he managed to take thousands of Russians to the streets, protesting against corruption of prime minister Dmitry Medvedev. Any information about Navalny is closely followed, especially after the attack on him.
However, Navalny’s absence may be used to strike a final blow at his movement. On May 6, Navalny’s collaborators informed that recently, in several towns, the owners of apartments housing his electoral campaign headquarters terminated lease agreements. The ambiguous position of state institutions on leaving the country by Navalny means that Moscow will be able to arbitrarily interpret the situation in which the blogger left the country. He may even be accused of breaking the law, or may be banned from coming back to Russia. It cannot be ruled out that Kremlin has concluded that it’s safer after all to have Navalny out of Russia. Experience so far has shown that Putin’s opponents who leave Russia become less dangerous for the regime when on exile. It is much easier to present such person to public opinion as a foreign intelligence agent or at least a traitor who is pursuing anti-state activities for foreign money.