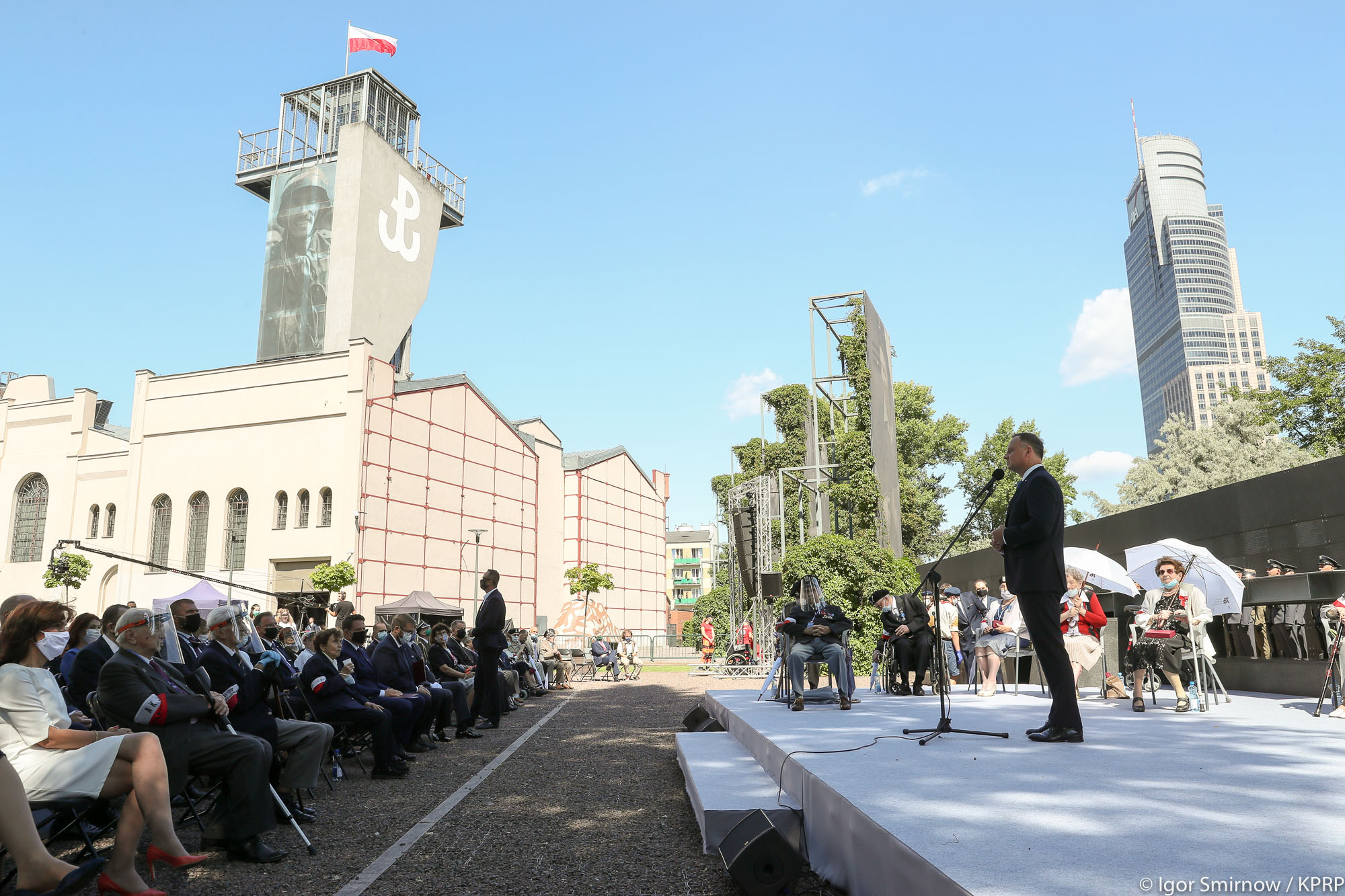 President Andrzej Duda, Mayor of Warsaw Rafał Trzaskowski and numerous insurgents took part in Thursday’s commemorations in Warsaw, which are part of the events to mark the upcoming 76th anniversary of the Warsaw Uprising.

The Warsaw Uprising was the largest underground military operation in German-occupied Europe. On August 1, 1944, around 40-50 thousand insurgents took part in the fighting. Planned to last several days, the fighting eventually lasted over two months. During the fighting in Warsaw, about 18,000 insurgents lost their lives and 25,000 were wounded. Losses among the civilian population were huge and amounted to approx. 180,000. After the Warsaw Uprising was crushed about 500,000 surviving residents were forced to evacuate and Warsaw was almost completely razed to the ground.

The president added that in few days’ time Warsaw will unveil a monument to Stanisław Jankowski, nom de guerre “Agaton”, architect and Warsaw Uprising insurgent, who devoted his post-war life to the construction of the destroyed capital.

Warsaw Mayor Trzaskowski, when addressing the insurgents, said that they let people rebuild Poland’s community and speak in peace about the things which connect them.