U.S. Secretary of State Antony Blinken hosted the Partners in the Blue Pacific (PBP) countries on the sidelines of the U.N. General Assembly in New York. The event gathered foreign ministers of Australia, New Zealand, the United Kingdom, and Japan. Attendees also included France, India, Germany, and South Korea in their observing capacity. 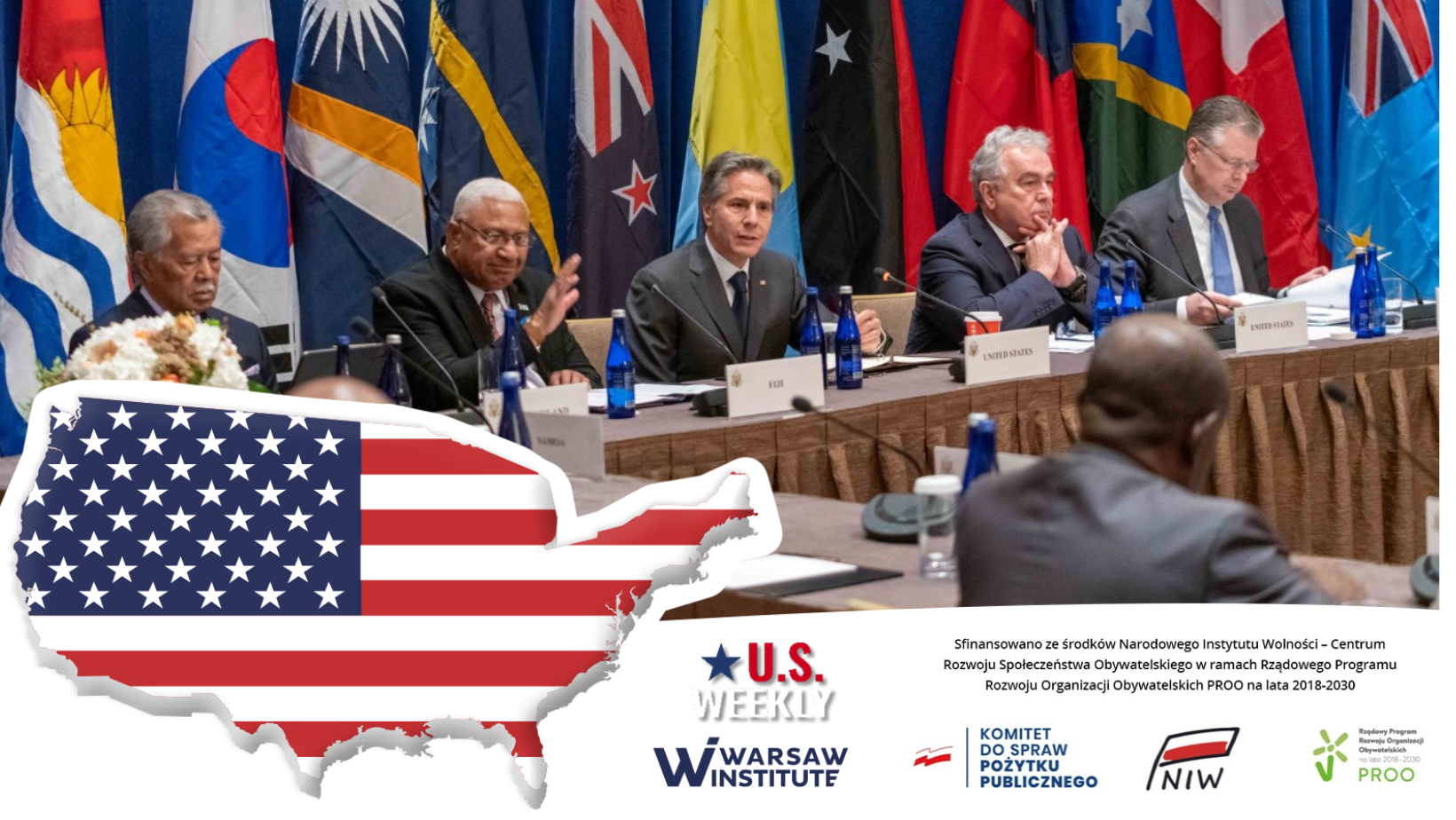 China wants to seize control of new territories and trade routes across the Pacific, notably in South China and East China Seas and the First Island Chain in the Pacific. Now Chinese diplomats remain focused on the Solomon Islands, an island country a few thousand kilometers far away. The authorities in Honiara forge closer ties with Beijing, with tensions running high between the Pacific nation, Australia, and consequently––the United States. The Solomon Islands is pivoting to China, a sign that the situation in the South Pacific is now developing.

In November 2021, Washington became increasingly aware of that fact when Australia withdrew its peace keeping troops from the Solomon Islands. What came to light shortly after the withdrawal was a China-Solomon Islands deal under which the Chinese army could intervene in the island country or train local troops while Chinese navy ships will be allowed to dock at the Pacific Island nation. Growing Chinese ambitions in the South Pacific made Washington fully aware of yet another Beijing challenge. The U.S., Australia’s, or New Zealand’s grip on the region has clearly loosened. A U.S. effort to counteract Chinese ambitions in the South Pacific was a new alliance, named Partners in the Blue Pacific, founded back in June 2022.

U.S., Australian, New Zealand, Japanese, and UK officials last met on September 22, 2022 on the sidelines of the U.N. General Assembly in New York to discuss changing regional dynamics in the Pacific. At the meeting, participants agreed to work jointly to resist climate change, promote the protection of the ocean, and mitigate threats that arise from Chinese diplomatic and economic expansion throughout the region. Six prospective lines of effort and initial projects for PBP were discussed, aligned with the thematic areas of the Forum’s 2050 Strategy, as outlined at the 2019 Pacific Island Forum. These lines of effort discussed included political leadership and regionalism, people entered development, peace and security, resources and economic development, climate change resilience, protection of the ocean and environment, and technology. The PBP alliance seeks to implement these lines of effort and bolster regional cooperation with the United States to displace Chinese ambitions in the Pacific. Indeed, Washington lost control of some territories amid its negligence of the South Pacific, according to U.S. Navy Pacific fleet commander Admiral Samuel J. Paparo who visited New Zealand in mid-September.

U.S. Vice President Kamala Harris also condemned “disturbing” actions by China in the Pacific during her September visit to Japan. According to the U.S. senior official, China is undermining key elements of the international rules-based order while flexing its military might to coerce neighbors. U.S. Vice President Kamala Harris arrived in Japan to pledge Washington’s awareness of growing tensions while stressing its administration’s readiness to neutralize any threats in the region. Harris also arrived in Tokyo to lead a U.S. delegation to the state funeral of former Japanese Prime Minister Shinzo Abe.

Another vital meeting will be between U.S. Secretary of Defense Lloyd Austin and his Filipino counterpart Jose Faustino Jr. in Hawaii to discuss regional dynamics in the South China Sea with respect to the international status of Taiwan. At the event, Austin might set out a set of conditions for the U.S.-Philippines alliance to bolster maritime security. Perhaps the U.S. and the Philippines will return to full-scale military drills. Washington is thus seeking to enhance the Pacific’s security architecture to contain Beijing’s growing might and its effort to displace the U.S. as the region’s dominant superpower.

Indeed, the United States is aware of its enfeebling influence in the Pacific and thus is attempting to forge new alliances while expanding some already existing regional projects. In addition to cementing ties with such countries as the Philippines, Washington spares no effort to build up the Pacific’s security architecture.

As U.S. armaments facilities and state budget are all overwhelmed while Washington centered its focus on the war in Ukraine, the U.S. has no other choice but to channel its efforts into allied states in Europe and the Pacific. Other countries joined the meeting, including South Korea, France, and Germany. It is related to developing military relations and allied commitments with Pacific nations.

Dragging new countries––including European ones––into Pacific alliances is a deliberate scheme to contain China’s bold attempt to redraw the region’s geopolitical map. Both this and the mere fact that top U.S. allies in the Pacific attended the NATO summit in Madrid are poised to make U.S.-China rivalry a global phenomenon whose economic, diplomatic, and military consequences affect roughly all members of the world’s biggest security alliances. Aware of its limitations, the United States will rely on multilateral alliances worldwide to win an advantage over China.