To Bypass and Block Ukraine

Systematically, gradually but strenuously – this is how Russia builds communication and transport routes, which bypass the territory of Ukraine. This is happening in the areas of gas pipelines, railway lines and marine connections. The aim is to become independent of transit through Ukrainian territory and to prepare for hitting the economy of the neighbour. Since military and political measures are not having the desired effect, Moscow wants to destabilise the pro-Western government in Kiev with economic and financial means. 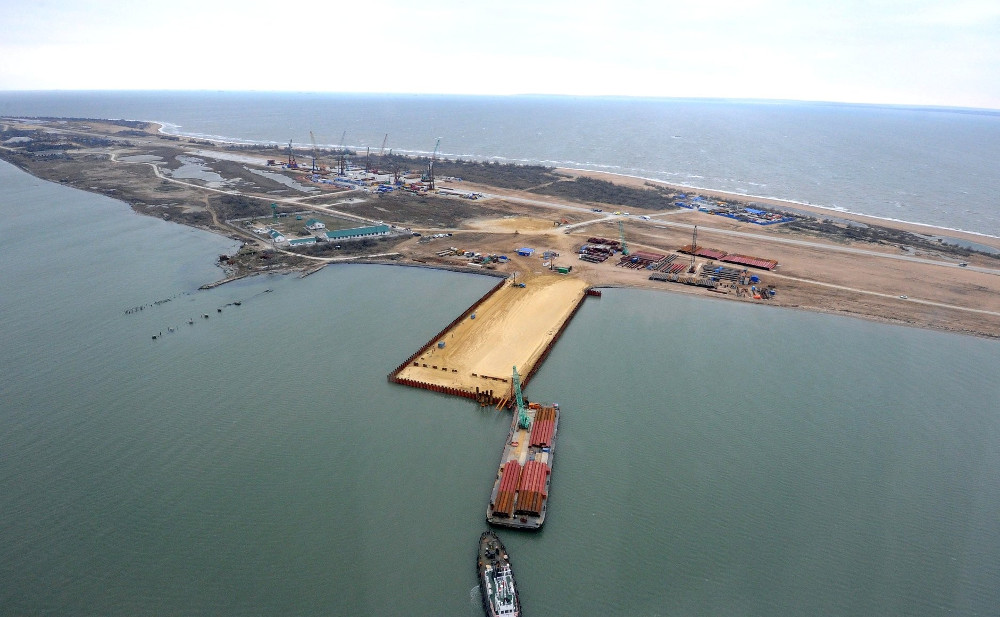 On the 11th of August, Russian Iron Railways began testing the newly-built Zhuravka-Millerovo railway line. It seems that this autumn there will be some passenger trains on a 122 km long route, which bypasses the territory of Ukraine. The line connects the oblasts of Voronezh and Rostov in the south of Russia and its construction was commissioned in 2015 by Vladimir Putin. Nearly all connections were built by a military railway brigade and the construction costs were more than $900 million. The Zhuravka-Millerovo line will replace the current route, which stretches for nearly 40 km long in the eastern part of Ukrainian territory.

On the 7th of August, the Ministry of Transport of the Russian Federation announced its decision to temporarily close an international sea route in the Kerch Strait, which connects the Azov Sea with the Black Sea. The Russians’ excuse for closing the bridge was the construction of the bridge that will connect Russia to the occupied Crimea. The strait was closed for a dozen or so hours on the 9th of August. Despite this, Russian units could sail across it, which in fact confirms the true nature of the decision. The closure of the strait hits Ukraine’s economy, meaning that it cuts off all seaports lying by the Azov Sea, especially Berdyansk and more significantly Mariupol. It is here that the majority of Ukrainian steel produced in the Donbas region is exported. More such closures of the strait are to be expected, which simply implies business uncertainty for Ukrainian exporters, and with a long-term closure it may even ruin the metallurgical industry in Donbas.

However, Moscow’s biggest and most important project for bypassing Ukraine is the strategy of building gas pipelines running to the West outside the Ukrainian borders. This is primarily the project of the Nord Stream 2 pipeline, which is to double the export of Russian gas under the Baltic Sea bed to Germany. A clear correlation between the increase in transport of Russian gas through the Nord Stream pipeline, more specifically the OPAL pipeline, and the reduction of gas transit through Ukraine has been recently noted. This only confirms that the Baltic gas pipeline is designed by the Russians in order to put pressure on Kyiv in regard to a new transit contract (the current one expires in 2019), and finally to completely abandon the connections running through Ukraine. It would deprive Kiev of large profits from transit fees. Bypassing Ukraine is also one of the reasons for the construction of the Turkish Stream, running from Russia across the Black Sea bed to Turkey.

All these long-term activities of Russia, from the railway line bypassing Donbas and the inland connection to the Crimea (the Kerch Strait Bridge) to the gas pipeline bypassing Ukraine from a very long distance, are to weaken the economy of Ukraine and reduce its strategic importance in the eyes of the West. This will also inevitably hit Poland. It is not just about the potential destabilisation of the neighbour, but also about the opening of the road to Russia for similar activities towards our country (considering for instance the closure of the Yamal gas pipeline).