The Red and White Tradition of Putin

Putin’s state has been characterized by ideological eclecticism. It draws on ideals and traditions from various periods of Russian history, however based on a single criterion: the goal is to build a servile role of the citizens towards the state. The state and its authorities are most important; they are an objective good. It does not matter if this is the tsar or the Bolshevik regime. On the eve of presidential elections, intensification of such propaganda should be expected, and its effectiveness will increase because of the conflict between Russia and the outside world, the West. 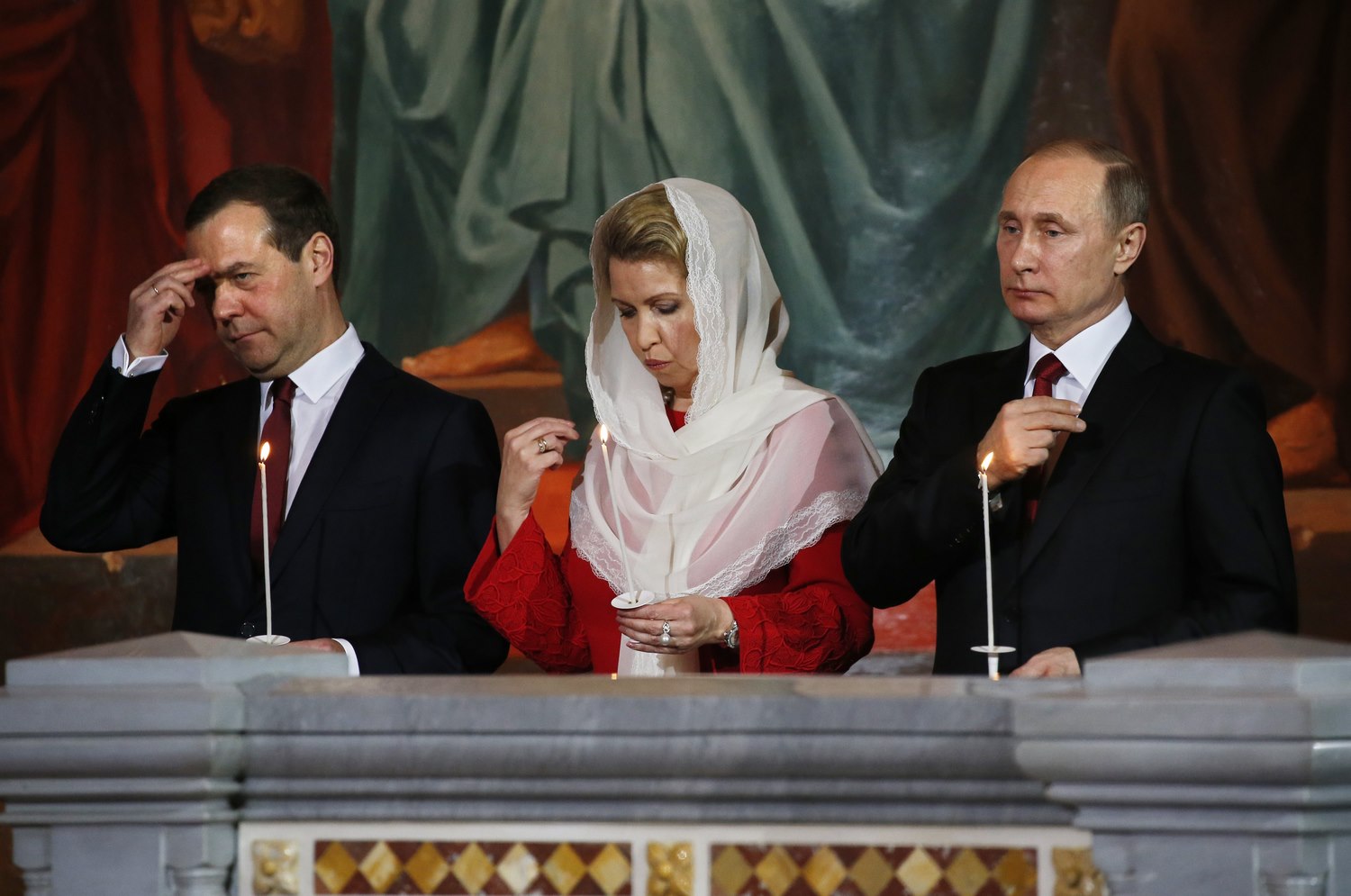 Such a policy of Kremlin may be symbolized by Putin’s presence and his words uttered at the consecration of a new orthodox church, dedicated to the Resurrection of Christ and the New Martyrs and Confessors of Russian Church, in Sretensky Monastery. Commemorating the victims of communist terror, the new church is situated closed to Lubyanka, the KGB headquarters. Russian president stated that „the light and the tragic pages of history” of Russia should be remembered and everything that can be done should be done not to „allow splits” and to preserve the unity of the Russian nation. In his address, Putin emphasized that the opening of the new church coincided with the centenary of the revolution of 1917, which is symbolic. “We should remember how fragile civil peace is, and we must never forget how hard it is to heal the split wounds”, he appealed.

This “healing of the split wounds” seems like a kind of justification for or even glorification of the communist crimes, including Stalin’s crimes. In the context of Orthodox Christianity, this is quite easy, especially that top hierarchy of Russian Orthodox Church is full of former KGB informants. Also in the former KGB ranks it has become fashionable to refer to religion. The so called “order of Russian Orthodox Chekists”, headed by Vladimir Yakunin, is quite influential. Policy of this kind pursued by Putin is pure political opportunism, same as his cultural conservatism, demonstrated from the very beginning of his term as president. This makes it easier not only to maintain support of a large part of Russian electorate, but such policy is also a convenient tool to influence the right-wing political extremists in Europe.

In effect of such state ideology, with elements selected by Putin at will from the “white” tsarist, Orthodox tradition but also from the Bolshevik, Soviet tradition, Russian people are getting increasingly indifferent to repressions of the Stalinists era. The era when Russian authorities murdered millions of their own citizens. The historical truth is not serving the incumbent government well, because it shows the bloodthirsty face of the regime. Thus the regime needs propaganda; it has been seeping into the public domain for years. Its effects are demonstrated by a survey of Levada Center, carried out last April. 25% of respondents consider Stalinists repressions as a political necessity, historically justified – this is more than 5 years ago (22%). The number of those who have a different opinion has decreased: 39% (51% in 2012). The number of Russians who “know nothing about such repressions” doubled (from 6% to 13%). Also the number of people who believe that Stalinists repressions should not be talked about is growing.

A breakthrough in the attitude of Russians happened in 2014. The Ukrainian crisis and the conflict with the West evoked nationalistic, imperialistic and aggressive sentiments. Automatically the support for historic figures such as Stalin grew. Targeted state propaganda puts on the first plan statists who say that the authorities are always right. It does not matter whether those are Stalinist or Putin authorities.