The political aftermath of the assassination of Alexander Zakharchenko, a terrorist, the leader of the so-called “Donetsk People’s Republic” founded by the Russian intelligence, is now difficult to predict: we do not know the people responsible for the attack, let alone their goals. The Russian press initially speculated about the breaking of the Minsk Agreements, and even about the attack of the Ukrainian army on the areas occupied by the Russian separatists. Russian politicians declared revenge. Kyiv not only stated that it had nothing to do with the assassination, but considered the incident Russia’s internal matter. 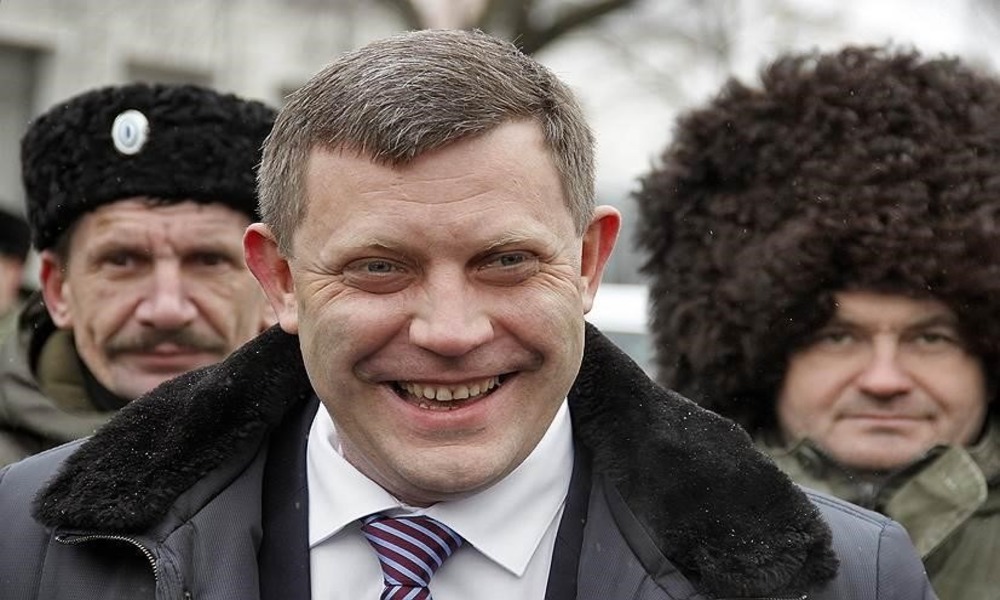 The assassination of Alexander Zakharchenko was carried out professionally. Its authors were not amateurs. There is no doubt that they were professionals; however, it is not known who sent them.

The assassins placed an electronically-controlled explosive device in the light over the door of the Separ (short for Separatist) restaurant in Donetsk. The first to walk through the door was a bodyguard. The device exploded when he crossed the doorstep and his boss was already under the light. Zakharchenko died instantly. The second bodyguard, who was right behind him, and the “Minister of Finance” in Zakharchenko’s government were wounded. The first bodyguard escaped – he is under suspicion of being an accomplice in the assassination and of putting his boss to death.

Zakharchenko’s path to the doorstep of the Separatist restaurant in Donetsk consisted of two stages: until 2014 and after 2014. After graduating from a secondary technical school, he started working in a coal mine. He was an electromechanical engineer by profession. After the fall of the Soviet empire, he tried working as a manager in various companies; in the last period in the ones associated with Rinat Akhmetov, the largest Donetsk oligarch. He could hardly make ends meet. In 2013, he joined “Oplot”, a Russian paramilitary organisation responsible for agitating for the establishment of the Russkiy Mir programme and training militant groups for political upheavals, not only in the post-Soviet area. That was probably the reason why in 2014, after the Revolution of Dignity, with a gun in his hand he found himself among the conquerors of the Donetsk city council building who ripped down the Ukrainian flag and demanded a referendum on whether one belongs to the Banderite, according to them, Ukraine, or Russia. This was the beginning of his terrorist and political career.

He quickly became a “general” in the so-called “army” of the so-called “Donetsk People’s Republic”, then he was appointed the “Deputy Minister of Internal Affairs” and finally the “Head of the Republic”. The Russian television depicted him as a man of the Donbass people who was able to inspire the public to fight for a life of dignity and justice. In Russia, the young man’s likeable face was gradually becoming the propaganda image of Donetsk separatistm. Behind that face was the participation in war crimes, the Malaysian Airlines plane shoot down (at that time Zakharchenko was the “Deputy Minister of Internal Affairs”) and the theft of the property of Ukraine as well as the property of Ukrainian oligarchs and entrepreneurs.

President of the Russian Federation Vladimir Vladimirovich Putin took Zakharchenko to Minsk for negotiations over a peaceful resolution of the Russian-Ukrainian conflict. Zakharchenko’s signature was put under the Minsk Agreements.

However, for a few months before the assassination, there had been rumors that Zakharchenko’s time was coming to an end, as the support from Putin was decreasing rapidly. The Kremlin officials were to report to the headquarters about any internal conflicts on economic grounds, more precisely, about the ones connected with the redistribution of stolen property. “Leader” Zakharchenko took over a commercial network in Donetsk and gave it to his family. He also monopolised the coal trade. His “Minister of Finance” collected protection money from state-owned companies. This is probably the most interesting part of the story about the assassination of terrorist Zakharchenko. It shows the essence of the relationship between the Kremlin and the separatists. Moreover, it demonstrates that the main idea behind the political project of Novorossiya and the Russkiy Mir is to subordinate politics to the mafia and criminal structures.

Kyiv was right when it did not want to sit down with those people at the negotiating table and discuss the Minsk Agreements. It made an exception under the pressure of Moscow and Western allies, but, regardless of that, there has never been a peace treaty, nor ever will be. This is probably the most important conclusion from the assassination of Putin-created terrorist Zakharchenko.