Temporary Government: Medvedev and His Deputies

As expected, the new Russian government will consist of majorly the same people as the old one; prime minister, as well as many ministers and a part of deputy PMs remain the same. But the positions of deputies are to undergo the biggest alternations. In general, they will constitute a team that will be responsible for obeying direct instruction of the Kremlin more frequently than they do now while the position of Dmitry Medvedev as Russia’s prime minister will be even weaker. The fact that the government is dominated by the so-called “old guard”, namely politicians who have long political experience (also as former ministers) without any important personal ambitions, suggests that this team will not manage to last till the end of Vladimir Putin’s presidential term. The change will come earlier with the new government consisting of new people, including Mr Putin’s potential successor. 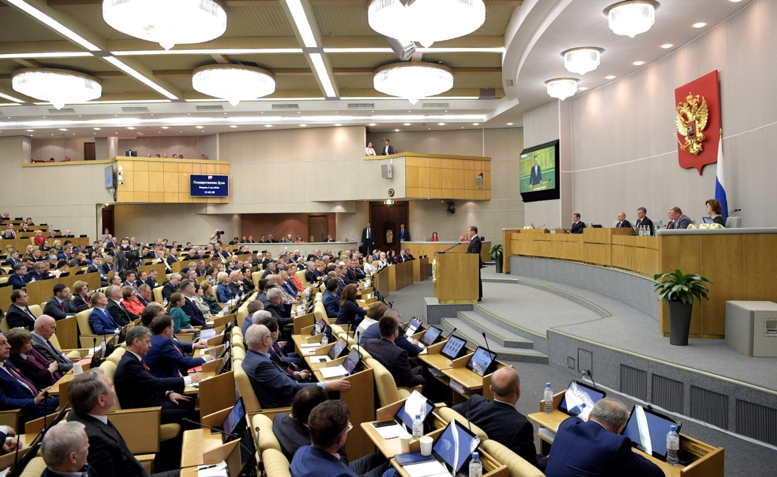 Almost two hours after Vladimir Putin took the oath as Russia’s president, he proposed Dmitry Medvedev for the post of Russia’s prime minister and submitted the nomination to the State Duma, which was accepted by the lower chamber of the parliament the following day, May 8. According to many predictions (also of Russia Monitor), Dmitry Medvedev has become the head of the Russian government. Even if the president announced some revolutionary measures in the internal policy (as evidenced by a decree on socio-economic development of Russia issued on May 7), he has chosen Medvedev as the symbol of continuation of current political course. Russia’s prime minister will still be in charge of minimising the losses in the economy caused by the Kremlin’s aggressive external policy. Announcing of reforms and establishing some unrealistic goals constitute only a rhetorical strategy that is supposed to be an answer to the growing expectations of Russian citizens who hope that the authorities also care for their lives and are not only interested in geopolitical matters as well as competition with other powerful countries.

According to the procedures, the State Duma is first supposed to approve the  nomination of the prime minister and then the president should designate ministers whose nominations are proposed to him by the head of government. New prime minister has a week to present to the president his proposals on the structure of the new government. First, he named several candidates for deputy positions, which took place at a meeting with leaders of the parliamentary majority party United Russia. in the evening of May 7. The position of the first deputy prime minister is to be taken by former Finance Minister Anton Siluanov, which basically means that he will stay in this department. He will replace Igor Shuvalov on the position of the most important deputy. It seems that Andrey Belousov, Putin’s influential deputy for economic affairs, will not be appointed for any important position so his position in the Kremlin could be taken over by Alexei Kudrin. The head of the Russian Audit Chamber, Tatyana Golikova, has been nominated as deputy prime minister in charge of social policy, labor and healthcare, replacing Olga Golodets who, in turn, will be appointed deputy prime minister in charge of culture and sports. The candidacy of the Golikova is strongly advocated by siloviki camp. Doping-tainted Vitaly Mutko will leave this position in order to oversee the construction sector. It comes as a surprise that Dmitry Kozak was appointed deputy prime minister in charge of industry and energy. He will have to fight a battle with Sechin and Chemezov. As expected, Dmitry Rogozin, who failed in cosmic programme, lost his position. He will be replaced by former Deputy Defense Minister Yuri Borisov. The biggest hit for Medvedev is the loss of trusted Arkady Dvorkovich who controlled key sections: energy, industry, transport and communication. His situation could have been worsened by Magomedovs’ case.

There is no doubt that most of the above-mentioned deputies do not belong to Medvedev’s circle. Almost all of them worked for Putin or with Putin either in the Petersburg times or in his government (2008-2012). Additionally, many of them do not maintain good relations with the incumbent prime minister, for instance, Aleksey Gordeyev, former Agriculture Minister, who is set to become a deputy prime minister. As governor of the Voronezh Region, he criticised Medvedev’s government for budget relations with regions. Tatyana Golikova got a similar promotion. She served as minister in charge of social policy and healthcare in Putin’s government in 2008-2012. Then she was a Chairwoman of the Audit Chamber, and now she will again take care of social sphere, but as a deputy prime minister. What do all new deputy prime ministers have in common? They have been patiently fulfilling Putin’s orders for years (as evidenced by Kozak’s career). They do not care for their interests, they do not show great political ambitions and they are ready to take responsibility for unpopular decisions. Interestingly, such was the case of Medvedev himself. Most of them are supposed to be in charge of new departments even if they do not have any proper experience. All in all, there is no promotion of specialised technocrats of the younger generation. Putin still counts on the trusty old team. And it shows that he is willing to wait since Russia has now a temporary government that is supposed to introduce unpopular reforms, such as raising the retirement age.