Strategy Duologue at the Embassy of the Swiss Confederation in Warsaw 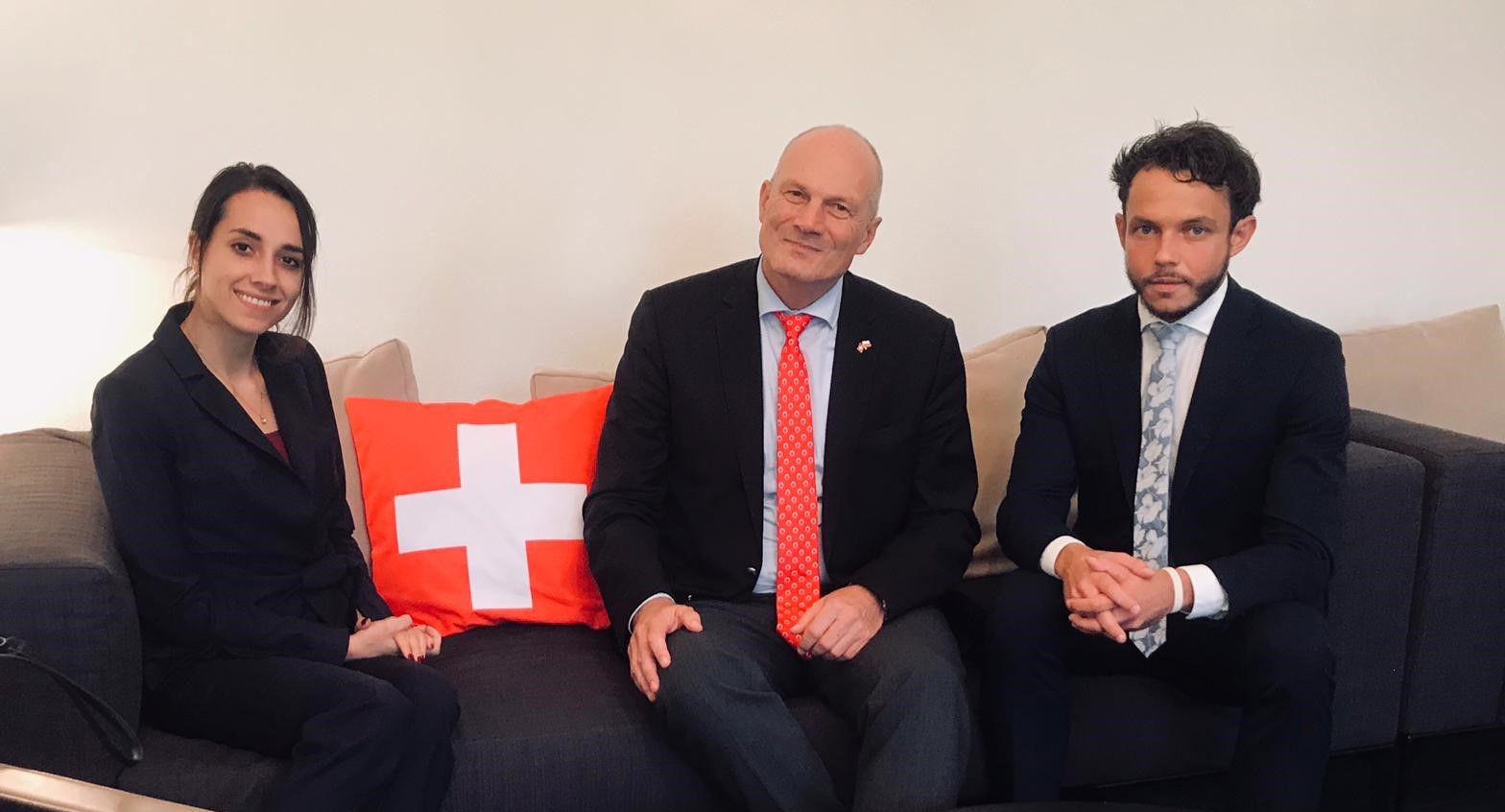 His Excellency Mr. Jűrg Stephen Burri, Ambassador Extraordinary and Plenipotentiary of the Swiss Confederation to the Republic of Poland kindly hosted WIR Editor-in-Chief Ms. Izabela Wojtyczka and WIR Advisor Mr. Alexander Wielgos at the Residency of the Ambassador for a lunch. The discussion topics accompanying the delightful cuisine and wine pertained to, as is in the nature of ‘Strategy Duologue’ meetings, mainly geopolitical dynamics relevant to Switzerland and to Poland, on bilateral ties and existing partnerships in the relations, and finally, exploring suitable potential cooperation between WIR and the Embassy, which would tangibly contribute to enhancing Swiss-Polish relations and make a positive impact on our countries’ foreign policies.

Switzerland is particularly renowned for its engagement in mediation. The Swiss Federal Department of Foreign Affairs (FDFA) undertakes structured efforts in pillars:
1. Dialogue support; structuring dialogue, content, directions, etc., example in the Democratic Republic of the Congo, supporting dialogue between security forces, local actors, etc.
2. Facilitation; enabling talks for clarification between conflicting parties, example in ‘a civil society support room’, which includes Syrian civil society in the UN Geneva negotiations on Syria.
3. Negotiation support; providing expertise on how to conduct negotiations, example in peace negotiations between the Colombian government and FARC guerrillas from 2012-16 in Havana, Cuba; peace negotiations in Mozambique, which Switzerland has been coordinating and supporting since 2017 at the request of the government and the opposition.
4. Mediation support; example in mediation in Ukraine conflict on behalf of the OSCE in 2014-2015.
5. Mediation; in the instance of which, the side of Switzerland would oversee the entirety of the mediation and peacebuilding process, from arranging the mediator teams, providing expertise, and guiding the process itself. Can be upon request of parties or offered by the side of Switzerland.

Moreover, Switzerland contributes skilled personnel and experts to missions of international organisations, namely to the monitoring mission in Ukraine of the OSCE as in the aforementioned example.

In the fields of scientific research particularly, institutions and universities are cooperating more and more, announcing breakthroughs and important scientific advancement in various fields, namely via over 400 projects in the ‘Horizon 2020’. There are also the Swiss Government Excellence Scholarships to the State Secretariat for Education, Research and Innovation (SERI), open to Polish researchers.

Some of the most renown institutions in Switzerland include the Geneva Centre for Security Policy (GCSP), the Centre for Security Studies (CSS) based at ETH Zurich, Swiss Peace, Small Arms Survey (SAS), as well as Foraus (Forum Aussenpolitik / Forum de politique étrangère / Forum di politica estera).