Shoigu and Turks on Syria

The introduction of ceasefire in Idlib Governorate, currently under Turkish control, is entering into its final phase. Russian defence minister Sergei Shoigu will visit Turkey and he is expected to finally break Turkish resistance regarding some detailed arrangements on so-called de-escalation zone. There is no doubt that the talks will also concern the Kurdish issue as Turkey has recently implied that it could intervene again in order to prevent Syrian Kurds from their strengthening. 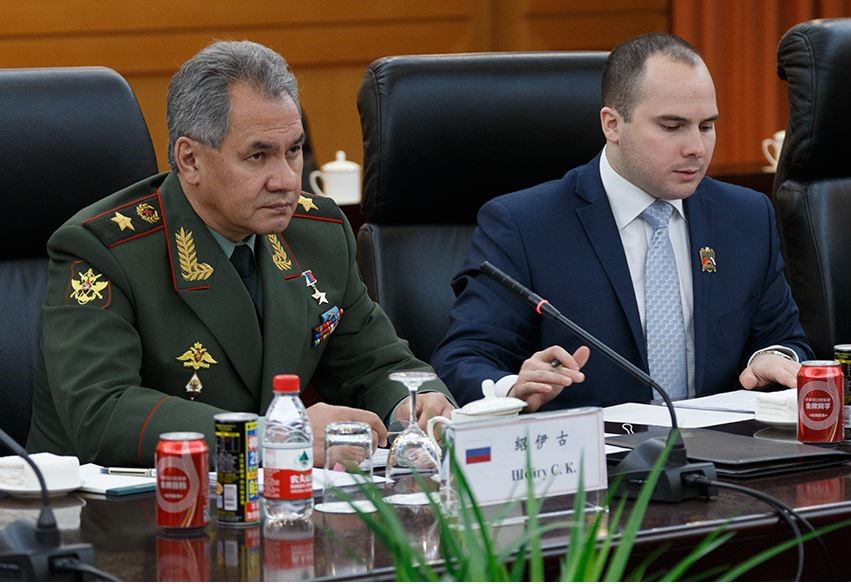 Turkish Minister of Foreign Affairs Mevlut Cavusoglu has informed that Russia’s Minister of Defence Sergei Shoigu would pay a visit to Turkey. The talks will primarily concern the situation in Indlib Governorate in northwestern Syria. As for technical discussions on the creation of a so-called de-escalation zone in this area, they have been in progress between representatives of Turkey, Russia and Iran for a long time. According to Cavusoglu, a political solution will be the next step once ceasefire is guaranteed. It is possible that such will be the topic of the talks with Shoigu. Moscow has been complaining that the project cannot be realised because the Turks don’t agree on a detailed course of the border of the zone in Idlib. The governorate constitutes a bastion of the rebels as well as the last big and strong part of Syria which is no longer controlled by Bachar al-Assad. Some units are linked to the Turks.

Idlib is supposed to be the fourth de-escalation zone included in the plan prepared by Russia and accepted by Iran and Turkey. The first zone was created in southwest Syria in agreement with the United States and Jordan. The second one comprises the rebel enclave in East Ghouta in the suburbs of Damascus. The third one has been created quite recently and it includes Hama Province. In the last two zones, despite the presence of Russian military police, there are still instances of ceasefire violation, mainly by the government air forces.

Shoigu and the Turkish authorities will probably discuss the issue of Syrian Kurds. Ankara considers the People’s Protection Units (YPG) fighting on the side of the international coalition against the Islamic State as part of the Kurdistan Workers’ Party, which is a terrorist organisation. The aim of the Turkish policy is to prevent the Kurds from strengthening their positions on the Syria-Turkey border and even from creating their territorial autonomy. Turkey did not succeed in persuading the United States to withdraw its support for the YPG because the Kurds play an essential role in Raqqa fights. It is possible that the Russian will be more open for Turkish suggestions because they have already showed how instrumentally they treat the Kurdish issue.