Following the Kremlin’s recent loss in the second round of regional voting, the state regime needs to face yet another bad news. According to the latest polls, Vladimir Putin’s approval rating has seemingly deteriorated whereas the political activity of Russia’s Prime Minister, Dmitry Medvedev, has been rather positively assessed by the Russians. Such results are mainly due to the fact that Putin’s image has recently suffered some important blows while Medvedev has been set aside, which appeared quite beneficial for him. Thus, it should be expected that the Kremlin would make Prime Minister a potential “victim” of citizens’ dissatisfaction. The poll was conducted by the Levada Center. 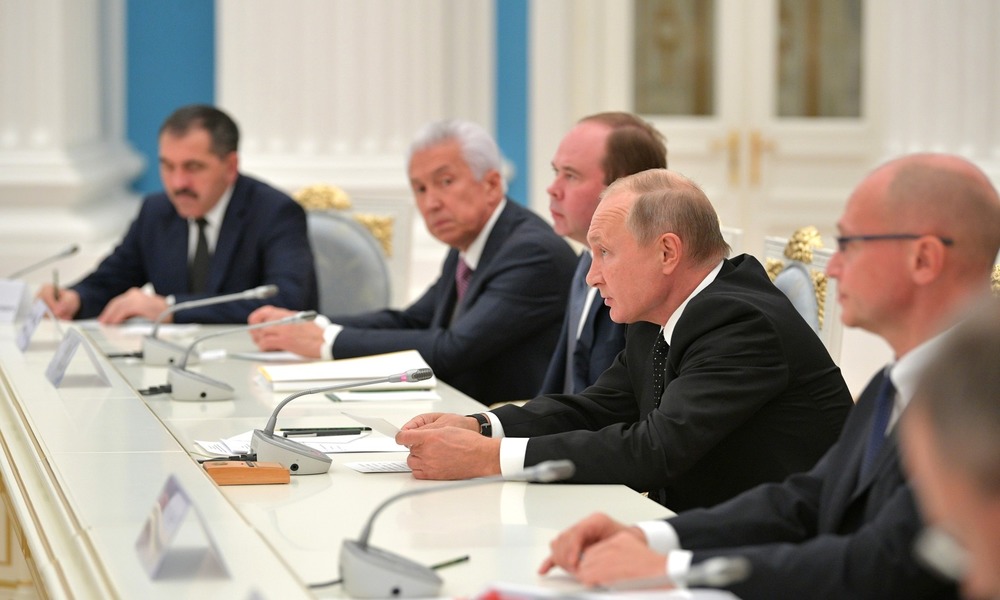 In September this year, the percentage of Russians who positively assessed Putin’s activities decreased by as much as three percentage points (67 percent). At the same, there are more and more citizens who are dissatisfied with Putin’s new term of office, with 33 percent of people expressing their negative opinions on President’s current activities, which constituted the record-breaking result since 2013. Soon after, Russia annexed the Crimean Peninsula, making Putin’s approval rating extremely high. As for Prime Minister, his work is positively assessed by 33 percent of all respondents. Interestingly, the result is better by as much as five percentage points compared to August polls. At the same time, negative assessment of Prime Minister’s work decreased by four percentage points, achieving the level of 67 percent.

Interestingly enough, such drop in Putin’s support does not mean that there are less and less Russian citizens who declare their readiness to vote for the incumbent. Immediately after Putin’s television message about raising the retirement age, which took place on August 29, the poll indicated that he can be supported by as much as 46 percent of his compatriots. Putin’s approval rating began to drop in June following the government’s plan to increase the retirement age. It was later estimated at 45 – 49 percent. A survey that showed a decrease in Putin’s popularity may potentially translate into a drop in the number of voters who would declare their support to the President. A series of the Kremlin’s political failures as well as these of Putin-endorsed candidates – importantly, since they run in the election as heads of regions, which gives them a great advantage over the opponents – may make voters aware of an alternative to the current regime. Nonetheless, there emerges the question how genuine it is since it is all about the so-called systemic oppositions represented by such political parties as Zyuganov-led CPRF, Zhirinovsky’s populist LDPR and Mironov’s A Just Russia.

Both poor results in the regional polls as well as some disturbing tendencies that could be reported in surveys of social attitudes, probably resulting from the upcoming pension reform, mean that the ruling camp will sooner or later change some of its representatives. As for the local authorities, it is expected that even ten incumbent governors could be dismissed. Certainly, the popularity of the ruling camp will not increase following the adoption of the controversial pension reform on September 27. There are no changes to be expected in the Federation Council so the bill is very likely to be adopted. Its gradual entry into force is scheduled for 2019.