The conflict between Russia and Ukraine is going on also on religious grounds. In Ukraine, two Orthodox Churches have been functioning side by side for years: Moscow Patriarchate, and Kiev, national, Patriarchate. The annexation of Crimea and the war in Donbas escalated the conflict and Ukrainian authorities will want to limit the Russian influence also in this sphere, as they have done in politics, economy and the media. 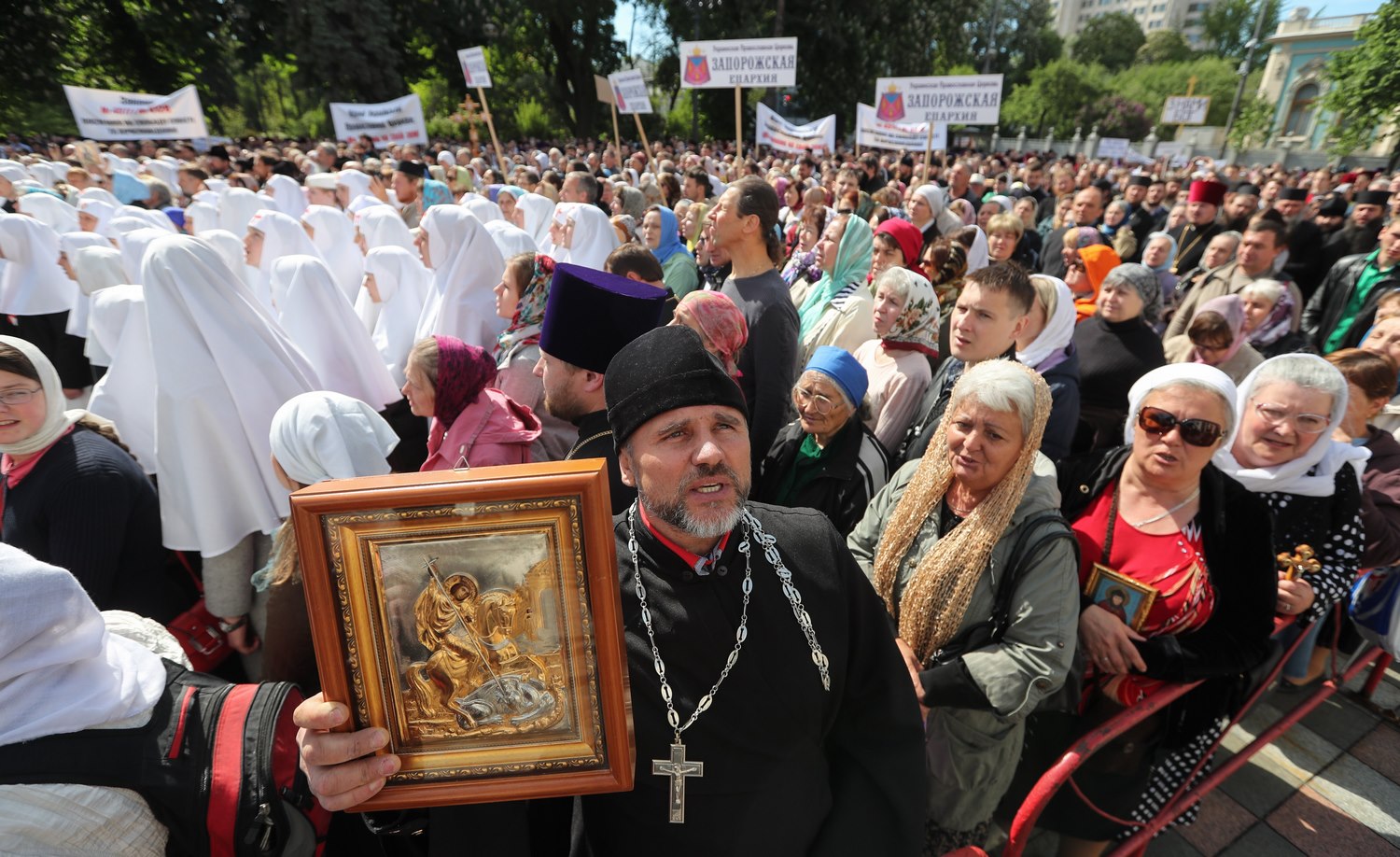 Moscow has traditionally emphasized that it has more parishes in Ukraine than the Kiev Patriarchate. There are over 10 thousand communities registered by the state as subordinate to Moscow Patriarchate. The corresponding number for Kiev Patriarchate is two times smaller. However, when it comes to the number of members, the situation is quite opposite. The number of those belonging to the national Church is two or even two and a-half-times higher than those belonging to Moscow Patriarchate. A majority of “Moscow” parishes exist only on paper. Also, “Kiev” parishes are much more active, and Ukrainians identify themselves with them more frequently (46% of Ukrainians belonging to the Orthodox Church) than with the “Moscow” ones (only 17%). The war with Russia has radicalized the attitudes of Ukrainians, also in religious sphere, in particular because the clergy loyal to Moscow has frequently been disloyal to the Ukrainian state. For example, the events in Donbas are remembered, when the clergy of the “Moscow” Church blessed members of the rebel troops and their weapons used to kill Ukrainians.

Last spring, deputies of the presidential Block of Peter Poroshenko, the National Front, Self-Help and of the Radical Party tabled two draft bills to the Supreme Council. One of them provides for stricter control of the activity of religious organizations headquartered in an “aggressor state”. If a law of this nature came into effect, such organizations would be forced to sign agreements with the Ukrainian state assigning them special status, and they would have to be re-registered. Each organization would have to, i.a., recognize the sovereignty of other religious organizations functioning in Ukraine. Moscow Orthodox Church would also be forced to consult Kiev when designating metropolitans and bishops. The other draft is less radical; its adoption would open the way for parishes and religious communities to convert to other patriarchate. A simple majority of votes cast by members of a community would be enough. The law currently in force makes it impossible for entire “Moscow” parishes to move under the “Kiev” jurisdiction. Russian Orthodox Church of Moscow Patriarchate oppose such changes same as Russian authorities and the Opposition Block in Ukrainian Parliament. The work on draft bills in is underway in the Supreme Council.