Russian energy company Gazprom Export announced a record high export volume of natural gas to Turkey via the Blue Stream gas pipeline in 2021. The gas giant said this stemmed from growing demand. This highlights Moscow’s political purpose in cutting gas flows into the EU for the past six months. 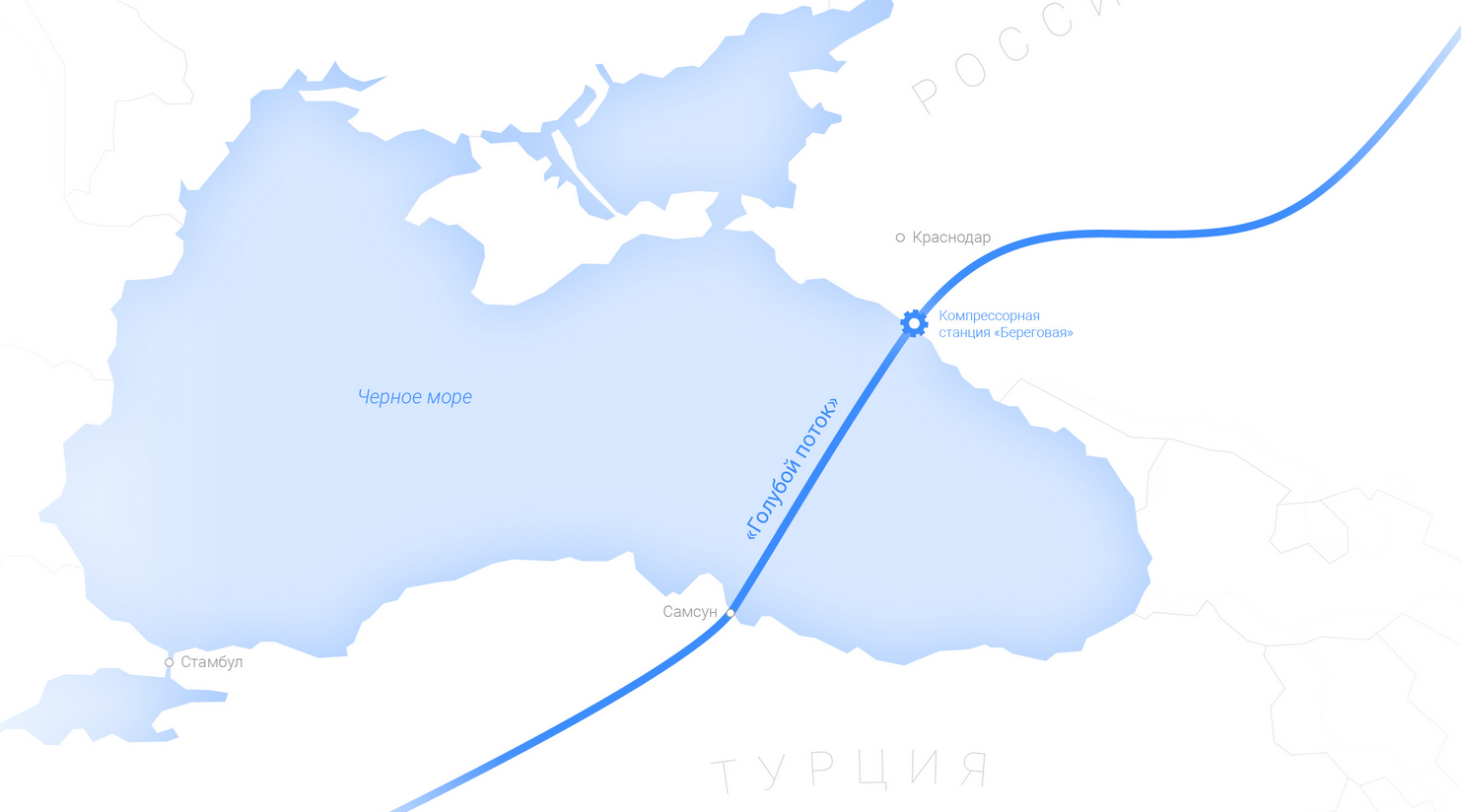 While Europe struggled with gas shortages in the autumn and early winter amid Russia’s decision to curb supplies, Gazprom sent gas flows to other markets, including its biggest one. The 15.98 billion cubic meters (bcm) of natural gas (2021) marks the highest annual volume via this major trans-Black Sea gas pipeline since commissioning in 2003. Its capacity is fully used (16 bcm per year). Turkey is one of the top purchasers of Russian natural gas. Russia and Turkey are linked through the undersea Blue Stream and TurkStream gas pipelines. Blue Stream goes to the Asian part of Turkey while TurkStream reaches its European provinces. The growth in supplies coincided with a historical record of gas consumption in Turkey. According to preliminary estimates, in 2021 it amounted to around 61 bcm. Last year, Gazprom delivered a total of 26.7 bcm of natural gas to Turkey (compared to 16.4 bcm in 2020). The company delivered more natural gas to other states, mostly to China (10 bcm compared to 4.1 bcm in 2020). The Blue Stream pipeline is designed to deliver Russian natural gas to Turkey across the Black Sea while bypassing third countries. It is Russia’s first pipeline directly connecting its gas fields with a major gas-consuming country. The total length of the Blue Stream is 1,213 km. The pipeline was put into operation in December 2002. Gas ties between Russia and Turkey date back to the Soviet era, similarly to those between Moscow and Germany. In 1984, Russia and Turkey concluded their first-ever deal to supply natural gas to Turkey although it was delivered through pipelines around the Black Sea for nearly two decades.