Since the beginning of the year, there have been protests in Kazakhstan related to the increase in LPG prices at gas stations. On Wednesday night, President Kassym-Jomart Tokayev called on his allies in Russia, Belarus, Armenia, Kyrgyzstan and Tajikistan for help to suppress the riots. According to the latest reports in Almaty, in the south-east of the country, policemen and soldiers shot and killed dozens of demonstrators who stormed government buildings. The expert of the Warsaw Institute, Grzegorz Kuczyński, spoke about the situation in Kazakhstan. 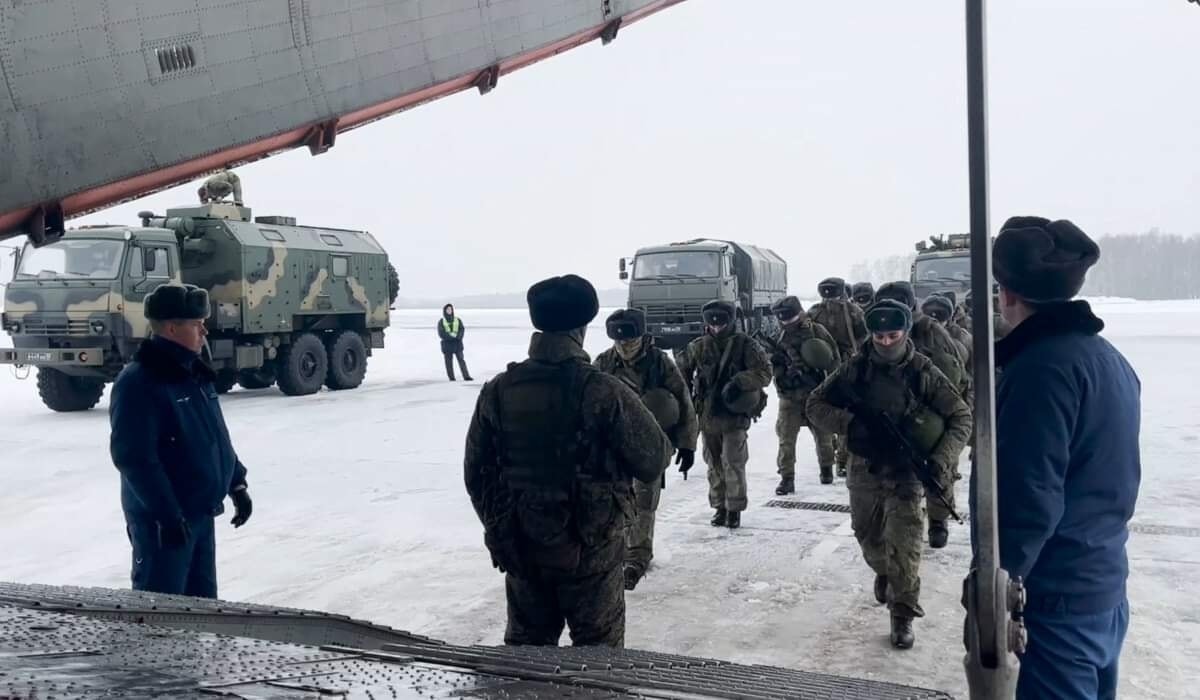 Grzegorz Kuczyński: At the moment, the main protests and clashes are in the city of Almaty in the southeast of the country. It is the largest city in Kazakhstan and a business center. Yesterday there were reports of clashes in Aktobe, this is the north of the country. It is hard to say at the moment what the situation looks like in other cities where protests took place in the first days. Let me remind you that this wave started from the west of the country, from the oil basin. There it seems that the police forces have generally taken control of the situation. Now the main problem for the authorities is Almaty, where yesterday, with the passive attitude of the forces, protesters stormed the town hall, shopping center and airport. There have been reports that policemen were not even seen in the suburbs. However, on Wednesday, late in the evening and yesterday morning, the military entered there and was trying to suppress these protests by force.

WI: Yesterday, the President of Kazakhstan, Kassym-Jomart Tokayev asked his allies from Russia, Belarus, Armenia, Kyrgyzstan and Tajikistan for military assistance. According to the latest reports in Almaty, policemen and soldiers shot dozens of demonstrators who stormed government buildings.
According to the President of Kazakhstan, his country was attacked by “armed bands of terrorists trained abroad”. How to assess this situation in terms of mainly Russian aid? What are the prospects for its alleviation?

GK: It seems to me that this direct Russian aid has a more political and propaganda character. It is Tokayev’s approach to his allies. The Kazakh army itself has the capacity to quell the riots. Now we see it in Almaty. However, it seems to me that it is about sending a signal to Moscow that even after Nazarbayev and his entire clan are removed, the course of the Kazakh government will not change. Kazakhstan will remain a loyal ally of Moscow. Perhaps the purpose of inviting Russian soldiers is to demonstrate the durability of the alliance between Moscow and Kazakhstan, rather than the actual significance of the force against the demonstrators. Probably it is also intended to intimidate potential opponents of the government so that they do not go to the streets.

WI: A decision was made overnight to send a stabilization mission to Kazakhstan. It was headed by Russian commandos. The Russian side is also responsible for the initial phase of logistic preparations. Can their troops stay in Kazakhstan for a longer period of time? What are the other effects of the Russian interference in Kazakhstan?

GK: In my opinion, it will hurt Moscow in the long term. This will not help Russia. First, the very moment of the crisis in Kazakhstan is unfavorable for the Kremlin. Let me remind you that after the weekend, important talks between Moscow and the United States and NATO on Ukraine will take place. The main subject will be so-called “security guarantees” that Russia expects from the West. At this point, (Kazakh crisis) it distracts Russia’s power and attention a bit, it is not beneficial for them. Secondly, any destabilization of the post-Soviet space in the allied countries is detrimental to Russia. In the Kremlin, there is still fear of another „colorful revolution”. Third, the arrival of Russian soldiers in Kazakhstan will further strengthen the nationalist, anti-Russian sentiment of many Kazakhs. It must be remembered that there is a significant Russian minority in Kazakhstan. In recent years, there have been many tensions between the Kazakhs and the Russians. On the Russian side, there were even statements by certain politicians who suggested that some of these lands should be taken from Kazakhstan. There have been theses that Kazakhstan is not a sovereign state. The presence of Russian soldiers on the streets of Kazakhstan will only add fuel to the fire. In the long run, this whole thing will involve the Russians. It will also not win Russia’s sympathy in Kazakhstan, and it may also raise some concerns in other Central Asian republics. Fourth and finally, a question about China. How China will react to the presence of Russian troops in Kazakhstan? It is very important to the People’s Republic of China. Until now, Beijing has been rather restrained in the face of the events in Kazakhstan. The question is, are these actions agreed by Beijing? Perhaps such a forceful interference by Russia in this area will cause dissatisfaction with of the Chinese.

WI: How do you expect the PRC to react?

GK: As I said, so far China has not spoken. They are probably watching the situation and will be waiting. I assume that these protests will be quite quickly and bloodily suppressed, while China will want to keep its influence in this new configuration of the government system in Kazakhstan. New in the sense that all these events will serve the final removal of Nazarbayev and his clan from power. The Chinese will want a guaranteed place at the table in the new political structure.