Russia and Cuba: United in the Face of a Common Enemy

Cuba’s new President recently paid a visit to Moscow, giving the green light to the further advancement of Russian-Cuban cooperation. Over the past few years, Moscow and Havana sought to enhance their economic and energy ties while they now draw attention to developing military ties. The more so that the ongoing crisis in relations with the United States may tempt some Kremlin officials to restore Russia’s military presence in Cuba. 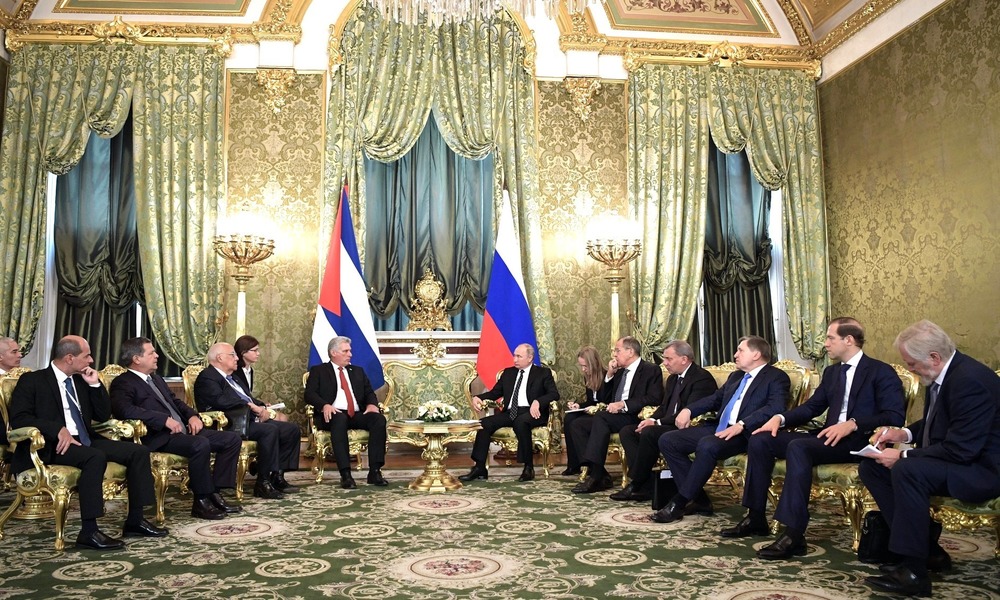 On November 1st, U.S. National Security Advisor John Bolton informed about new sanctions to be imposed on Venezuela, Nicaragua, and Cuba while accusing the last one of supporting the Maduro government in Venezuela. The U.S. Department of State introduced restrictions against more than 20 Cuban institutions and companies controlled by the army or local security services. Such decision was announced a day before the meeting between Cuban leader and Russian President Vladimir Putin. Miguel Diaz-Canel began on November 2 a three-day trip to Russia. In April this year, the politician was appointed by his predecessor, Raul Castro, as the President of the Council of State.

During the meeting in the Kremlin, Russian and Cuban leaders expressed their criticism towards latest restrictions as well as voiced concern over the U.S. withdrawal from the Intermediate Nuclear Forces (INF) Treaty. The latter seems particularly vital in the context of a potential return of Russian troops to Cuba. Due to the U.S. pulling out of subsequent treaties aiming to limit the armaments, Moscow may therefore be interested in further deepening its military partnership with Cuba. Nonetheless, it is doubtful whether Russian generals have ever taken into account to deploy military forces in the vicinity of any large bases, not to mention ballistic missiles targeted in the United States. Instead, one may expect that the Russian army will utilize reconnaissance units and radio-electronic weapons. It is noteworthy that back in June, Russia’s Roscosmos space agency signed a contract that allowed to set up in Cuba communications facilities linked to Russia’s artificial Earth satellites. These can also be used for military purposes. In addition, Russia may intend to build in Cuba a logistics and supply base for its submarines.

Another important element of Diaz-Canel’s visit to Moscow was armament cooperation between the two countries. Russia’s Deputy Finance Minister Sergei Storchak said the state might grant Cuba a loan of 50 million dollars to allow it to purchase Russian aircraft, helicopters, and armored vehicles. Prior to this declaration, an intergovernmental committee on economic cooperation held a meeting in the Cuban capital. Russian standpoint was represented by Deputy Prime Minister Yuri Borisov responsible for overseeing the state’s defense industry. In 2017, the trade exchange between Russia and Cuba increased by as much as 17 percent while the current figures are likely to improve in the foreseeable future. Furthermore, Putin announced that Russia’s state-owned oil producer Rosneft had already started to search for hydrocarbon deposits on the Cuban shelf. The Russians also plan to modernize three power units of Cuba’s power plant as well as to provide Havana with new railway wagons.