The National Guard of Russia has been developing as planned, says its chief commander, General Viktor Zolotov. There is more and more money to finance the Guard; its number also seems to increase, there are also new equipment and weapons, but, most importantly, Rosgvardiya is said to get new powers. Such is an official version whose purpose is to “calm down” the Kremlin since Rosgvardiya’s main goal is to defend it against a potential revolution. However, there are many conflicts within the formation. This is due to the fact that one command is responsible for various types of units trained for different tasks and remunerated in distinct ways. 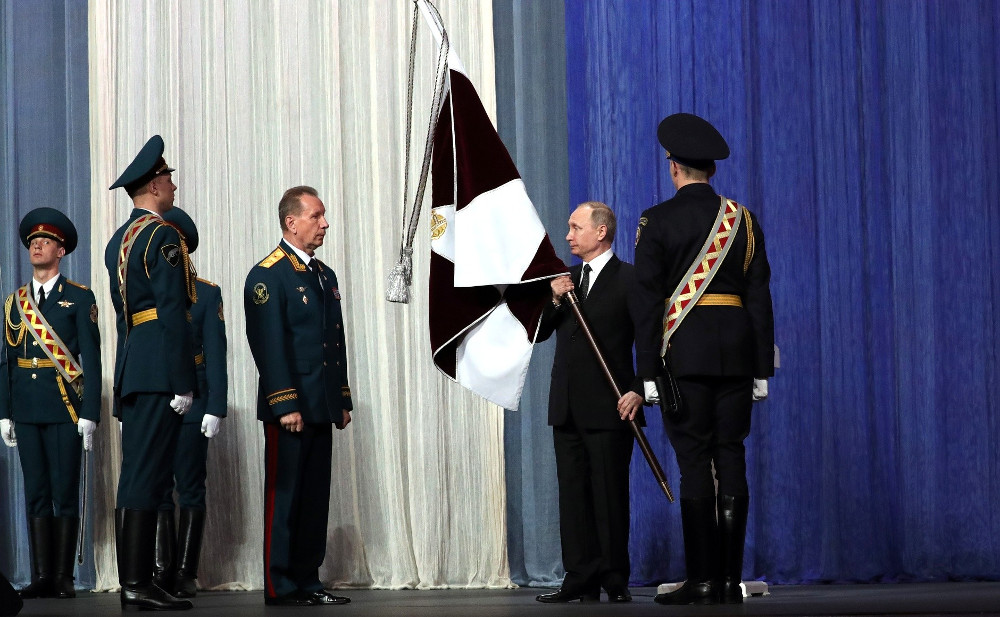 At the end of October, the Rosgvardiya’s leadership presented a report on the current state and the plans of the formation, which was created in April 2016. By 2012, the National Guard, whose current number is estimated at 400,000 people, is expected to increase its personnel by a third. It is also planned to create the eighth district of the Guard’s army (the Southern one). In order to protect and defend the bridge in Crimea, also a naval brigade will be formed. Director of the National Guard of Russia, General Viktor Zolotov has announced some actions aiming at strengthening the troops’ mobility. At the end of October, other important decisions were taken for further development of Rosgvardiya. First and foremost, each oblast will be equipped with rapid reaction forces.

There should be enough funds to implement the idea. Rosgvardiya’s budget for this year was set at 212 billion rubles, but, in May, the State Duma adopted an amendment, which increased the amount by 11.2 billion rubles. But the institution has also its own sources of funding. According to General Zolotov, his formation aims at protecting over 370,000 entities of various forms of ownership as well as citizens’ housing, which has allowed the federal budget to increase by the amount of 14 billion roubles. Such large profits are made by a commercial security agency Okhrana subordinated to Rosgvardiya. It operates in 82 federal subjects of Russia. It gives at least 30 billion roubles a year. There are also some benefits from licensing and control functions. This year, subunits of the former security of the Ministry of Industry and Trade were incorporated into Okhrana. In addition, Rosgvardiya is now supposed to protect entities of the Investigative Committee, the Prosecutor General’s Office and the Supreme Court. In total, Okhrana keeps watch over 700 entities of these three institutions.

Rosgvardiya’s military personnel receive payment according to the same rules that apply in the Russian Armed Forces whereas the officers are paid due to the procedures established by the Ministry of Internal Affairs. As for the latter, salary increase is expected in 2018 whereas the transition of OMON and SOBR (police special forces) officers to military service will also raise their remuneration. But the officers of the former spetsnaz think that due to the standards and rules adopted by the military, they have less time for combat and physical preparation. Many OMON officers departed to Grom, a unit created once the FSKN (The Federal Drug Control Service of the Russian Federation) was dissolved and after a part of the commandos reintegrated the police structures. Grom’s aim is to provide support to operational services.