Russia held its February 19 strategic nuclear drills to intimidate Western countries. Amid Russia’s planned invasion of Ukraine, the Kremlin is warning the United States against getting involved in the conflict. The drills served also a propaganda purpose in Russia to add up to the war atmosphere and convince people around the country about Moscow’s military might and an alleged threat posed by Western nations. 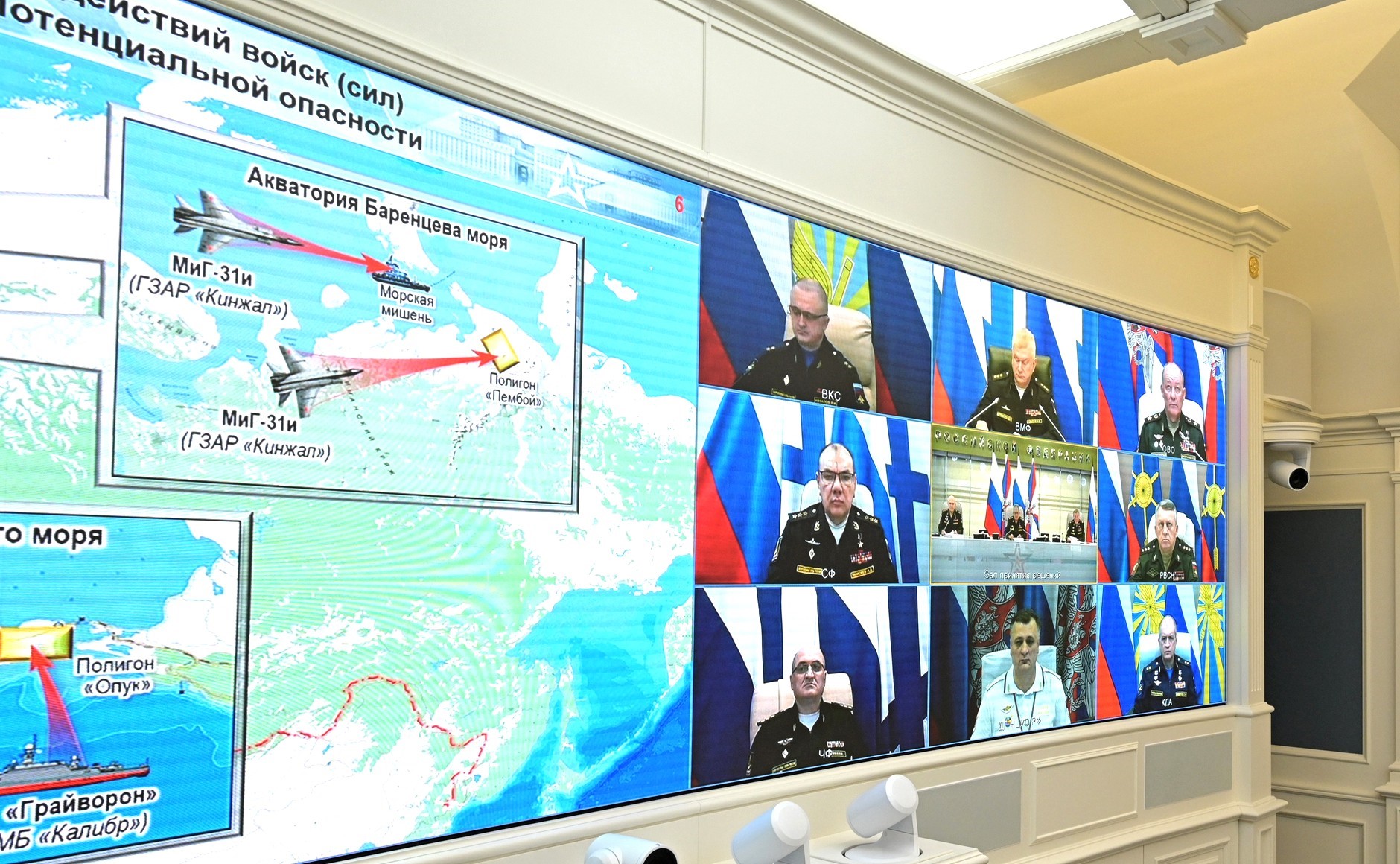 Russia holds huge drills of its strategic nuclear forces in the fall, but this year it did so earlier at a time of soaring tensions with Western countries. Russia informed about the exercises just a day before––on February 18. They were personally overseen by Vladimir Putin. Ships and submarines of the Northern Fleet and the Black Sea Fleet launched Kalibr cruise missiles and Zirkon hypersonic cruise missiles. One of the submarines in the Barents Sea fired a Sineva weapon. Air-launched cruise missiles were fired from Tu-95 long-range strategic bombers. The planes were flying with missiles that hit targets at the Pemboy and Kura ranges. To demonstrate the combat readiness of Russia’s air-, land- and sea-based strategic nuclear forces, the Russian defense ministry involved also its strategic nuclear forces, the Black and North Fleets, and some troops of the Southern Military District. Aircraft launched Kinzal cruise missiles, Sineva ballistic missiles, Kalibr cruise missiles, and a Zirkon hypersonic cruise missile at sea and ground targets. The strategic nuclear forces launched a Yars intercontinental ballistic missile while at the Kapustin Yar test site in the Astrakhan region, one Iskander short-range cruise missile was launched. The last may be interesting as Iskander missiles could be tipped with both conventional and nuclear warheads. Some of the drills were overseen by Vladimir Putin and his Belarusian counterpart Alexander Lukashenko.