After the official takeover of the government by Denis Pushilin in the so-called Donetsk People’s Republic, steps have been taken to eliminate “Zakharchenko’s group”. Some of his people have already managed to go to Russia, others have to accept the new order. The elimination of independence of several armed formations in Donetsk is also connected with a change of the Kremlin’s policy towards the occupied Donbass. Due to the fact that there seems to be no chance of a reasonably quick resolution of the Donbass problem, especially in Russia’s favour, the new policy simply means the rearrangement of matters in the “war republic”. 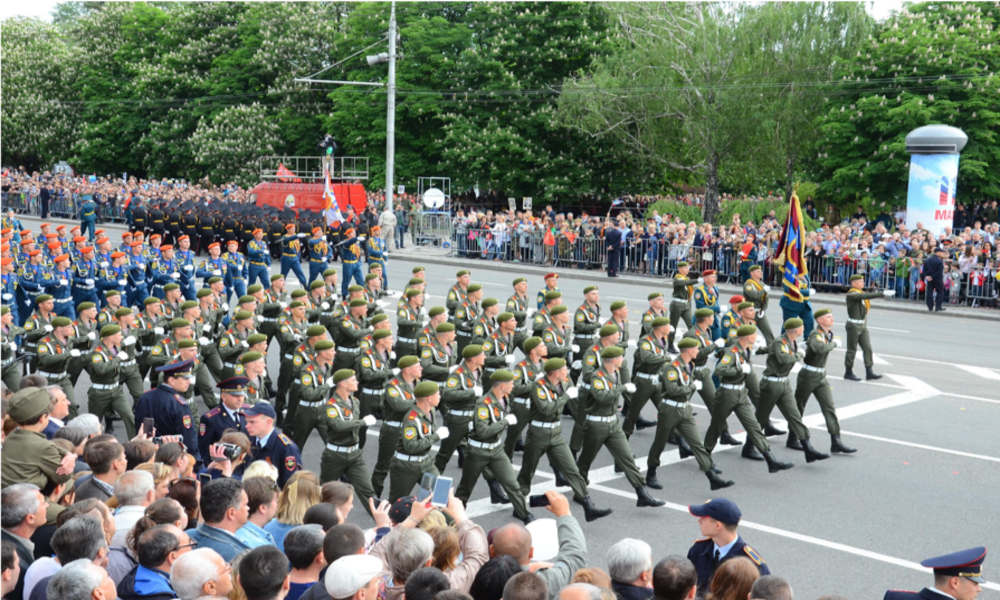 In Donetsk, the disarmament of the so-called Zakhar Prilepin Battalion has begun. There have been reports stating that a group of armed men from the “Ministry of Internal Affairs” (MIA) of the so-called Donetsk People’s Republic (DPR) surrounded the area around the Prague hotel, where the battalion headquarters are located. Sergey (“Fomich”) Fomchenkov, the battalion commander, and the so-called “Arab” were arrested. Shots were fired. It is well known that some time earlier the battalion held talks on its incorporation into the structures of the “DPR militia”. Part of the group could have rebelled. Also, there was a report saying that the battalion will be eliminated. On September 14, Ivan Kondratov, the former commander of the “Republican Guard”, was also arrested in Donetsk. He was accused of murder, plunder and smuggling contraband. Kondratov was a man of Zakharchenko. The so-called Piatnashka and Patriot Battalions, just like the Prilepin Battalion (4th Attack Battalion), were formerly a part of the Spetsnaz Regiment, which was directly under Zakharchenko’s command, and now are under the control of the “MIA”.

This is an element of change in all “armed structures” in Donetsk. The new authorities started with armed formations that were connected with many DPR “institutions”. The pace of this process and the ruthlessness of the new authorities, which are supported by Moscow, may seem a bit surprising. Either the incorporation of various armed forces into the official DPR structures or their dissolution will be the solution here. On the one hand, this is a result of Denis Pushilin’s urge to get rid of all armed forces whose loyalty is uncertain, but on the other hand there is also a decisive factor, the Russian factor, which involves the subordination of all forces in the DPR to the Russian headquarters. Many of the troops that were active during Zakharchenko’s rule were outside the official authority of Russian officers. This also determines how the next political course will look like in the occupied part of Donbass: a certain type of demilitarisation of Donetsk and a transition from the “war republic” to a “republic” with a more civilian face. This is required by both the international situation and the need to prepare the DPR for a kind of a long march. The Kremlin finally decided that the Donbass problem cannot be solved in the near future, so the only current solution is to start the process of “economisation” of the DPR.