The Countering America’s Adversaries Through Sanctions Act (CAATS), which was adopted with near unanimous support from both chambers of the US Congress (98-2 in Senate; and 419-3 in the House of Representatives), imposes significant new sanctions upon Russia. This development response follows the Russia’s ongoing occupation of Ukrainian territory, its involvement in Syria, as well as its alleged meddling in the US presidential elections. 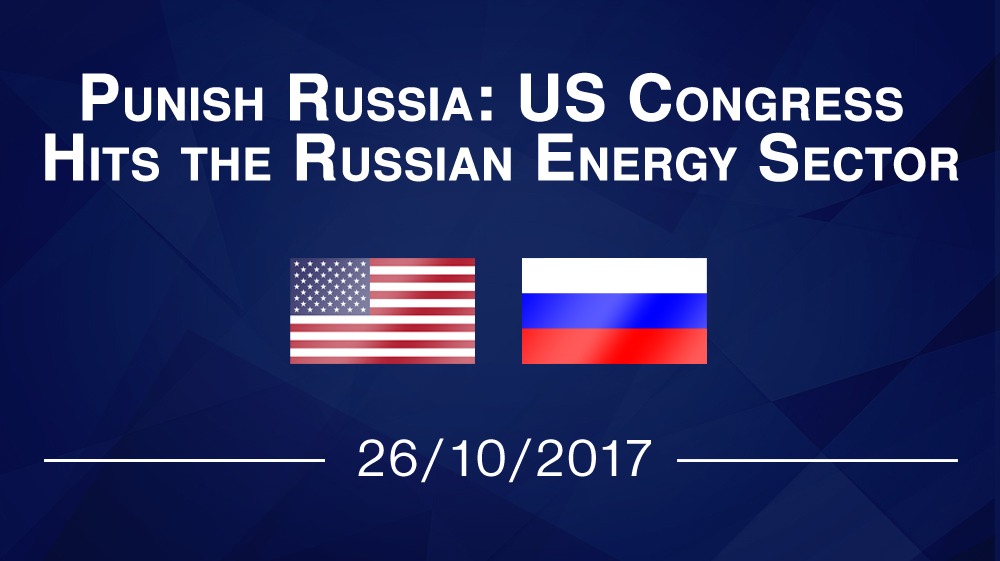 The main changes brought by this legislation are as follows:

More severe sanctions will also be imposed upon Russian officials and members of the Russian elite, whom the US understand to have taken part in human rights violations, corruption and/or unjust privatization. 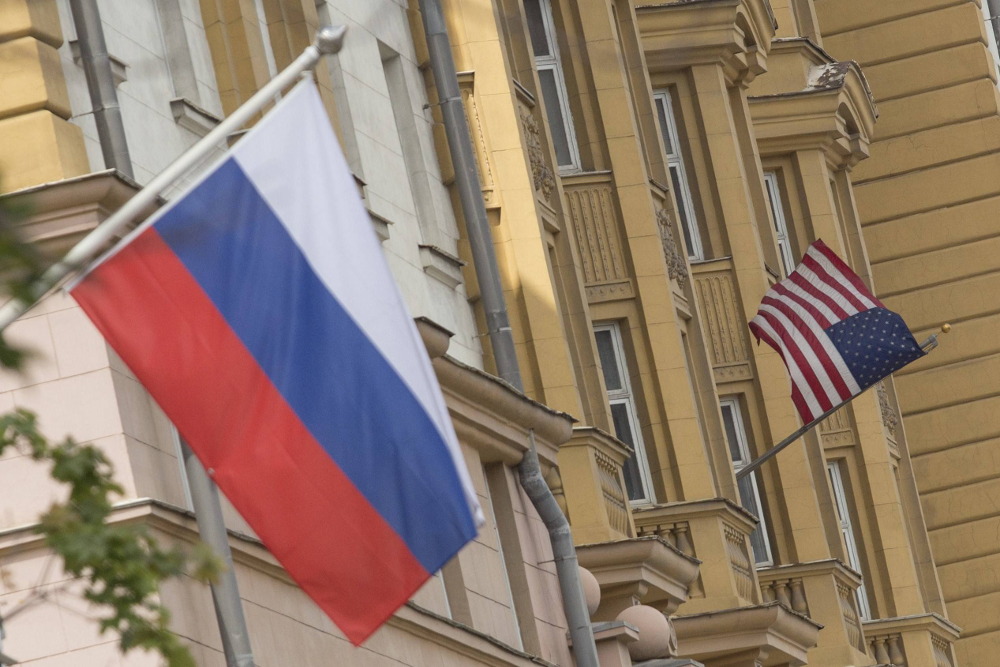 © Nikita Shvetsov (PAP/Abaca), Moscow, Russia, July 31, 2017. View of the building of the US Embassy is seen as it was suspended to use by Russian government after the U.S. Senate approved new sanctions against Russia, Iran, and North Korea.

The imposing of more restrictive sanctions may hinder Russia’s capacity to find entities willing to participate in strategic projects such as the construction of the Nord Stream 2 pipeline. Similarly, both domestic and foreign oil & gas upstream projects of Russian companies may also be hindered. Poland and other countries of the region will have noted with interest that the CAATS makes it mandatory for the President to impose further sanctions upon Gazprom should the company withhold significant gas supplies from US allies.

Unsurprisingly, the enactment of the CAATS has sparked a disapproving reaction from not only Russia, but also of states that have strong economic ties with Russia, including Germany.

Traditionally, the US sanctions regime was based on general legislative provisions which were then implemented and concretized by the executive, typically by the President in the form of executive orders. As a result, the executive branch was the main architect of the regime, deciding whether or not to impose sanctions and, if so, the type of sanctions to be imposed. As a consequence, some of the sanctions, such as the secondary sanctions on the business partners of Russian defense and energy companies and on the business partners of the Specially Designated Nationals (SDNs), stipulated in the Ukraine Freedom Support Act and Sovereignty, Integrity, Democracy, and Economic Stability of Ukraine Act, have never been executed so far.

Under the new legislation, executive orders 13660, 13661, 13662, 13685, 13694 and 14757 have been codified. For these to be repealed, Congressional approval would be needed. A waiver of sanctions imposed upon individuals who are subject of sanctions as of the day of CAATS enactment will also require the approval of Congress. Those codified executive orders form the legal basis for sanctions such as the Crimea embargo or the asset blocking of individuals involved in malicious cyber-attacks.

Under CAATS, the actions of the President regarding the limiting or waiving of sanctions imposed upon Russia will be subject to Congressional control. Congress will be entitled to 30 days notice before such actions are undertaken. During that notice period, Congress can oppose, and ultimately prevent, the actions. The President is then able to veto such opposition but such a veto can still be overruled by a two-thirds majority of each chamber of Congress.

The three main targets of sanctions imposed upon the Russian energy sector are:

In the majority of cases, the newly imposed sanctions are secondary rather than primary. This means that they do not apply to US persons, who are already subject to more severe restrictions and who may be subject to criminal penalties if they fail to comply with the sanctions. Instead, they apply to non-US persons, for whom failure to comply may result in being denied certain US privileges.

To clarify, “US persons” is a term referring to any of the following:

The privileges that may be denied include the granting of: (i) US export licenses; or (ii) government procurements. A breach of secondary sanctions may also result in the blocking of US assets of those in breach, or a ban prohibiting US entities from investing in the entity in breach. In practice, the law typically requires that a number of sanctions cumulatively are imposed.

In accordance with the CAATS, secondary sanctions may – but do not have to – be imposed upon those who support the construction of Russian export pipelines. The CAATS requires that the imposition of such sanctions take place in coordination with US allies, which seems to be the result of the successful lobbying of states and companies involved in the Nord Stream 2 project. The new law provides that sanctions may be imposed upon non-US persons who knowingly make an investment of US$1 million or more (or US$5 million or more over a 12-month period) that directly and significantly contributes to enhancing Russia’s ability to construct energy export pipelines. The same applies to those who sell, lease or provide to the Russian Federation goods, services, technology, information or support that could directly and significantly facilitate the maintenance or expansion of the construction, modernization, or repair of energy export pipelines by the Russian Federation. In this regard, the de minimis threshold has been set at US$1 million or US$5 million over a 12-month period. 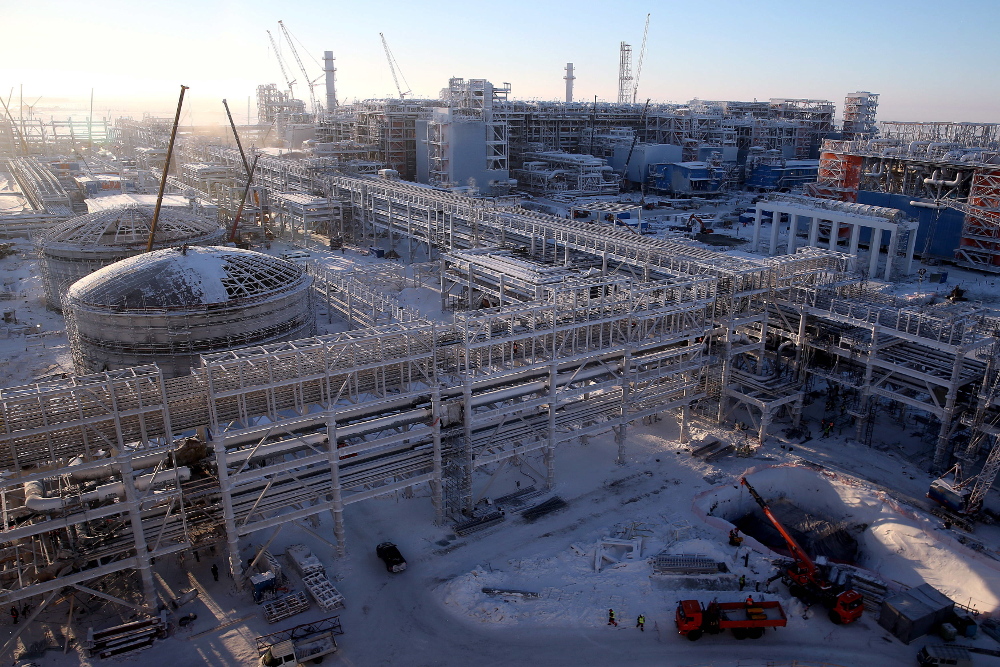 The sanctions imposed upon the upstream sector have also been significantly expanded. Specifically, the US restrictions on providing goods, services (other than financial) and technology for Russian arctic, deepwater (more than 500 ft.) and shale projects, which initially only applied to projects in Russia, are to be expanded – within 90 days of the enactment of the CAATS – to all new projects worldwide, if they are controlled or carried out with the significant involvement (this being defined as 33% or more) of a sanctioned Russian company[1] or their subsidiary, providing that such projects have the potential to produce oil (projects that involve gas only are not covered by these restrictions).

Another significant change brought by the new legislation is that the discretionary power of the President to impose sanctions upon those making investments in special Russian oil & gas projects (meaning the arctic, deepwater and shale projects), granted to him under the Ukraine Freedom Support Act, is replaced with an obligation to impose such sanctions. The countries of the CEE region ought to benefit from the President’s obligation to impose additional sanctions, for example on Gazprom, if the company withholds significant gas supplies from any NATO allies or from Ukraine, Georgia or Moldova. The only situation in which such sanctions would not have to be imposed is where the US national interest supersedes such a requirement.

The CAATS also provides stricter regulations on the provision of financing to Russian energy companies and their subsidiaries by US persons. The ban on participating in debt for more than 60 days is replaced under CAATS with a ban on lending for more than 30 days.

Sanctions imposed on other sectors of the Russian economy

Sanctions will also affect other sectors of the Russian economy, particularly the defense and finance sectors. Regarding finance, the enactment of the CAATs will prohibit US persons from dealing with debt of Russian banks or their subsidiaries for a duration of more than 14 days (as opposed to the previous restriction which applied to debt of a 30-day duration). As for the defense sector, the new law requires that secondary sanctions be imposed on those who engage in significant transactions with entities from the Russian defense or intelligence sector or with those acting on their behalf. The CAATS also lists entities from the Russian mining and railway sectors as potential subjects of sanctions under executive order 13662 (Blocking Property of Additional Persons Contributing to the Situation in Ukraine). While the imposition of sanctions on those persons was also possible under the previous legal regime, and the final decision on whether to impose sanctions or not is with the Secretary of Treasury (as it was before), the enactment of the new law will certainly put additional pressure on the administration.

Apart from the sectors listed above that are susceptible to sanctions, new or more restrictive sanctions will also apply to those responsible for malicious cyber-attacks, sanctions by-passing, human rights violations, providing military support to Syria or taking part in privatization that unjustly benefits Russian officials.

The impact of the sanctions and Russia’s reaction

The ultimate impact of sanctions on the Russian economy will depend on the extent to which sanctions are executed by the White House. At present, there appears to be some doubt among experts as to the resoluteness with which sanctions will be applied. The public statements of President Trump as well as the delay in implementing new law fuel such doubts. In particular, the President declared that he is critical of the CAATS and that he intends to continue to apply sanctions at his discretion. The White House has also failed to meet the deadlines specified in CAATS. Nevertheless, the imposition of new sanctions represents another blow to the already struggling Russian economy, by making Russia an even more risky business partner for global companies. The negative impact of sanctions has been cited as an important factor in Fitch’s decision not to upgrade Russia’s rating.

Regarding Nord Stream 2, the prevailing view is that no new sanctions will be imposed upon Western companies involved in the project, at least in the near future. Nonetheless, Gazprom itself admits that the new sanctions may cause delays, impair or even prevent the project from being completed. Among Gazprom’s business partners, opinions vary. While ENGIE declared that they might withdraw from the project, others including Shell have declared their ongoing commitment. Shell’s position was to be expected given its deep relationship with Russia, which encompasses the Sachalin 2 project as well.

In addition to Russia, the governments of Austria and Germany have both outlined their opposition to the CAATS. The German Minister for Economic Affairs and Energy, Brigitte Zypries, called for the EU to retaliate by imposing its own sanctions on the US. However, such a measure is more or less unimaginable given the fact that such a step would require the unanimous backing of all EU Member States, some of which are in fact quite happy with the US’s sanctions regime.