No. 303 Squadron: The Polish Heroes in the Battle of Britain

Polish pilots have earned a special place in British history. Formed on August 2, 1940, the 303rd Tadeusz Kościuszko Warsaw Fighter Squadron showed its exceptional efficiency and bravery during the Battle of Britain. With its heroism, No. 303 Squadron has proven to live up to the deeds of its great patron, Tadeusz Kościuszko. 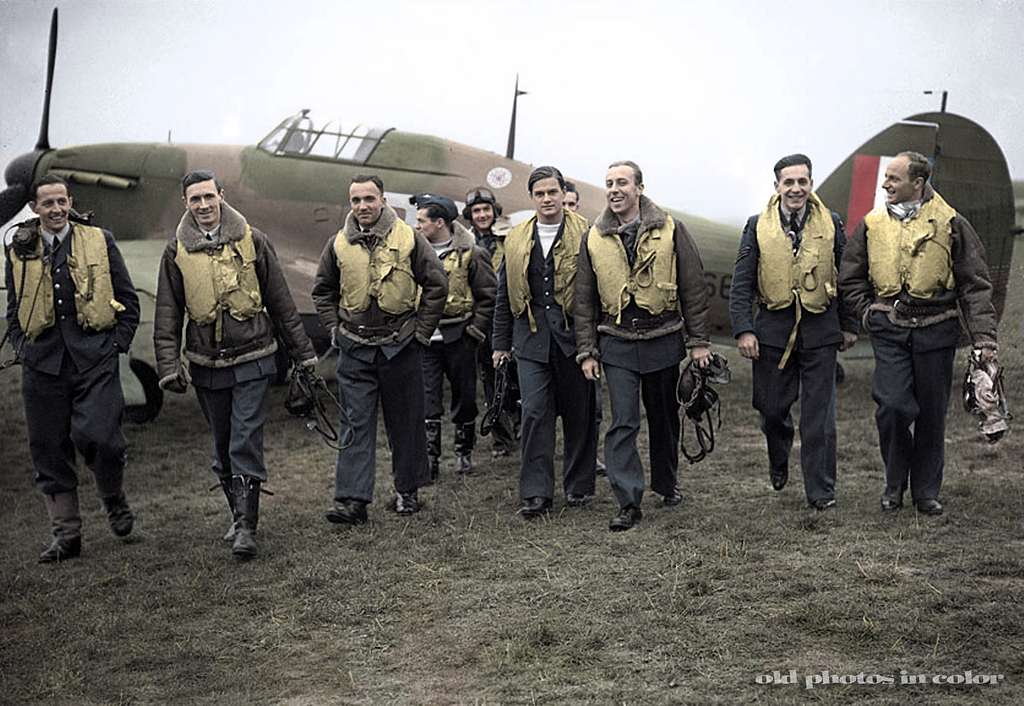 The Battle of Britain was an air campaign fought over southern and central England from July 10, 1940, to October 31, 1940. The goal of the massive German offensive was to prepare the British Isles for the Nazi landing, and the ideas behind Third Reich’s air attacks were destroying the RAF, dominating British airspace, and cutting communications routes of the Allied forces. The battle was fought between the German Luftwaffe and British RAF units. The Polish pilots of No. 303 Squadron fought side by side with the British Royal Air Force. For them, it was an opportunity not only to demonstrate their combat skills but also to take revenge on the Germans for the first year of the destructive war. The Third Reich started it in 1939 with the raid on Wieluń and the shelling of Westerplatte (Poland) by the German battleship SMS Schleswig-Holstein.

By decision of the British RAF Fighter Command, No. 303 Squadron was permitted to fight air battles over Britain in mid-August 1940. This decision, however, initially consisted of a limited authorization to fight as a military reserve unit. The main reason for this was the still ongoing process of introducing Polish pilots to British procedures and acquiring language skills. The British also believed that the Poles would not be able to master their aviation technology, as they had previously flown on obsolete machines. The main critic of No. 303 Squadron’s participation in the Battle of Britain was RAF officer Hugh Dowding. The situation changed when the Germans began to gain a dangerous advantage in the first days of the battle. At that time, the RAF command decided to give the Poles a chance.

The Polish pilots made their first operational flight on August 24, 1940, on an air patrol over Northolt airfield. After the first successful action, No. 303 Squadron began regular patrols of British airspace[1].

The first combat flight with the Poles took place on August 30, 1940. Still, it was intended to be a training exercise aiming to introduce the Polish squadron to real air combat. During this training, the specific goal of which was to simulate an attack on a British Bristol Blenheim bomber, Polish pilot Ludwik Paszkiewicz spotted a German Messerschmitt Bf 110 fighter in the area, and he shot it down. The next day, the squadron was declared operational and officially put on full duty. As Colonel Witold Urbanowicz recalled in a report for Polish Radio, after just a few days of fighting, the Polish pilots were good enough to become instructors for the British[2]. During the Battle of Britain, the Germans lost 1,733 aircraft (almost 700 more than the Allied forces), and about 650 more were damaged. This was more than half of the Luftwaffe’s total potential.

No. 303 Squadron RAF is ranked among the best fighter units of World War II. At the time of the Battle of Britain in 1940, it was credited with shooting down 126 German machines, putting it in first place among the fighter squadrons in the battle. Four Polish squadrons fought in the Battle of Britain: two bomber squadrons (300 and 301), and two fighter squadrons (302 and 303). What is more, there were 81 Polish pilots in the British squadrons. According to official documents of the Polish Institute of National Remembrance (IPN) and a report by Robert Gretzyngier and Wojciech Matusiak, 145 Polish pilots took part in the battle, but this figure does not include Polish technical personnel, whose contribution to the victory was equally significant[3].

In recognition of the Polish pilots, who were crucial to the victory of Great Britain and its allies, the Polish Air Force Memorial was erected in 1948 in West London (near the original RAF Northolt station). It is a monument commemorating the pilots of No. 303 Squadron who helped the Allies during World War II. In Poland, our heroes also have their monuments, and the day commemorating their contribution to the victory over Germany in the Battle of Britain is September 1[4]. Every Pole should cultivate the memory and legacy of the brave pilots who, in the name of freedom, stood up to fight against a totalitarian regime.