A conflict in Syria. A Mystery of the An-26 Catastrophe

This is another bad information for Kremlin coming from Syria. The closer the presidential elections, the more Russian victims of the war, which was officially declared by Vladimir Putin as completed victory in December last year. A catastrophe of the transport aircraft in Khmeimim Air Base in Latakia Governorate means the heaviest one-time loss among Russian servicemen since the beginning of the operation in Syria: 39 killed, including a general, who also served a high office in the Ministry of Defence. The investigation was launched, but from the start the authorities lead it towards the malfunction or mistake of the crew – even though the accident’s circumstances raise many questions. 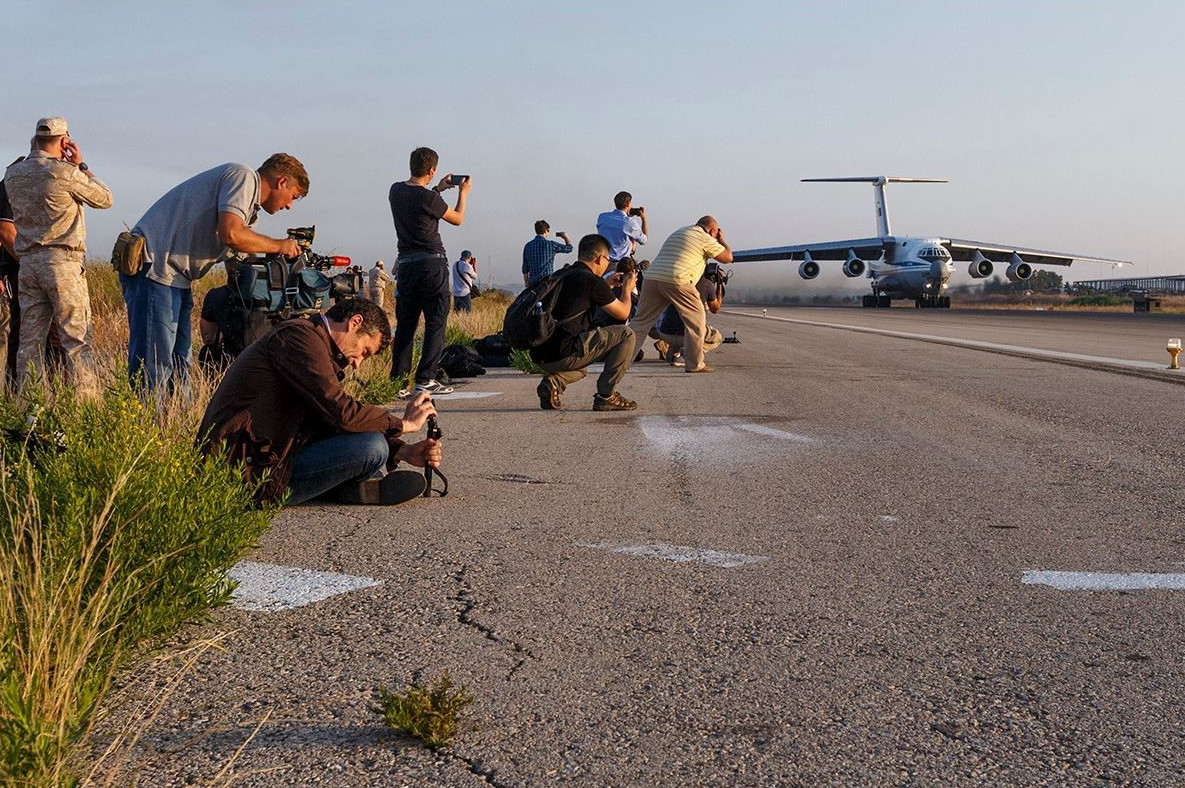 The aircraft An-26 with 6 staff members and 33 servicemen on board took off on March 6 from the airport in Aleppo suburbs. On the way to Khmeimim it made two stopovers. While approaching to landing it unexpectedly hooked a building with its wing. It crashed in about half kilometre from the runway of the Khmeimim Air Base airport.

Although the Ministry of Defence tries to keep the passengers list in secret, some names leaked to the media. Among 39 dead Russian servicemen there are 32 officers, including Major-General Vladimir Yeremeyev. 53-year-old Yeremeyev served as the Head of the Russian Ministry of Defence Main Directorate of Control Action for 4 years. He was flying from Aleppo to Khmeimim where a plain to Moscow was waiting for him. Yeremeyev stationed in Syria since December 2017 – the reason is unknown. But such a long visit of a high official of the ministry in the warfare area suggests, that it was about crucial control actions in the contingent in Syria. Additionally, unconfirmed information occurred that at the same time Valery Gerasimov, the Chief of the General Staff of the Armed Forces of Russia, himself was staying in Khmeimim. If this is true, it suggests that something very important was happening in the military grouping in Syria during last days. It is unknown whether it had something in common with the massacre of Russian mercenaries in the Euphrates Valley (READ MORE).

The Ministry of Defence claims, that the catastrophe was probably caused by a technical failure or the pilot’s mistake. But a hostile attack was not ascertained. One of the regional media published, admittedly, a proclamation of the organisation Jaysh al-Islam, which took the responsibility for the catastrophe, but it is probably fake. The organisation practically does not operate in the neighbourhood of Khmeimim base. It is focused on the fight with Assad in Eastern Ghuta enclave. In any case, it is a Russian military adviser of forces fighting in Eastern Ghuta who died a couple of days before the catastrophe. Officially, a total of over 80 Russian servicemen died in Syria. But recently it is a fatal series. In February rebels shot down the Su-25 fighter in Idlib province. The pilot died. On December 31 the base in Khmeimim was attacked with mortars – at least two people died. At the beginning of January enemy UAVs attacked Khmeimim and Tartus base. On February 7 during the attack of the American forces in the Euphrates Valley at least 100 Russian mercenaries died. Every subsequent bad information from Syria damages Putin’s image on his way to the March 18 elections.