Another country adopts a bill establishing sanctions against Russian officials who abuse human rights. Following in the footsteps of the United States and Britain, Canada is about to adopt its own version of the “Magnitsky-style” law. Moscow has already announced taking retaliatory measures. 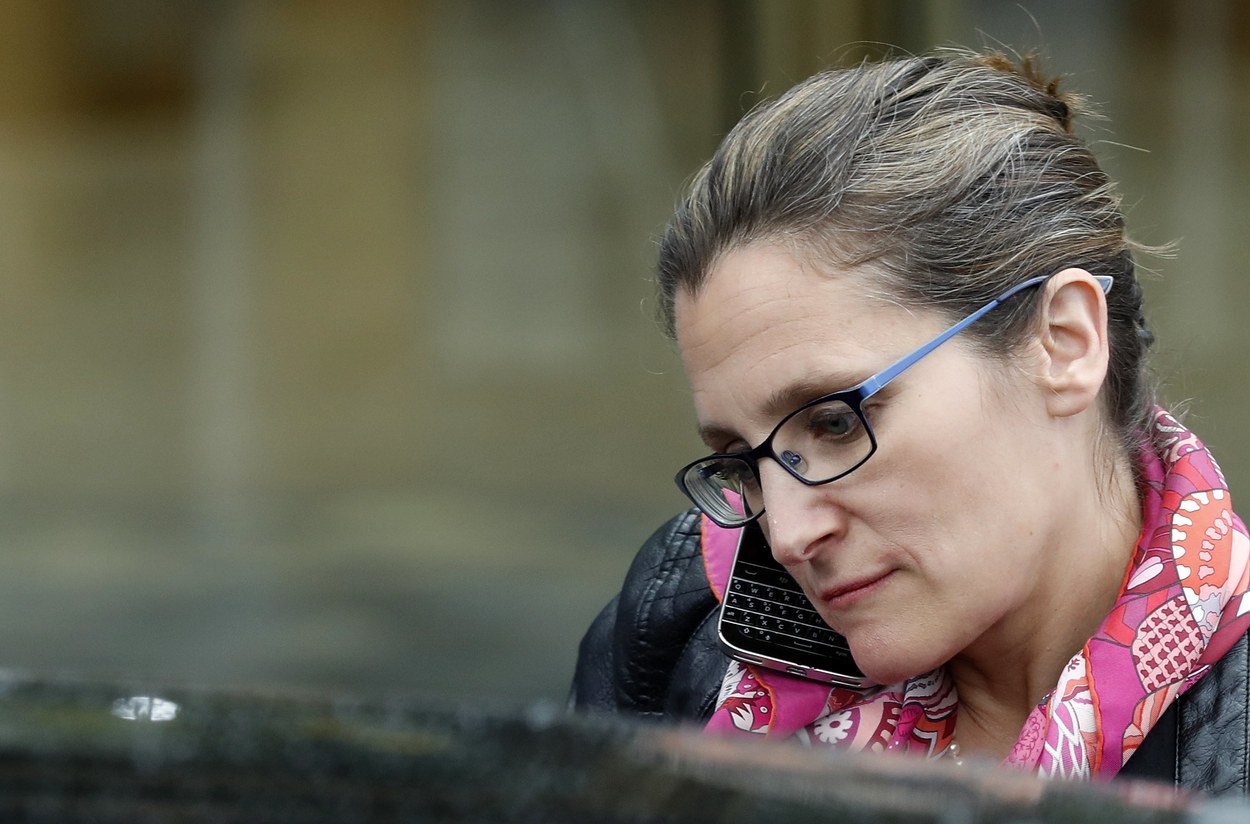 Sergei Magnitsky was a Russian lawyer who discovered corruption (he accused officials of stealing 230 million dollars), was arrested and died in jail in 2009, badly beaten and deprived of medical assistance. Today, Magnitsky is still a symbol of human rights abuse in the Putin Russia. It is the Magnitsky case that western legislators refer to when adopting legal acts that establish sanctions against human rights violators in Russia and around the world. The United States were first to introduce such law (2012), followed last April by the UK. Now Canada will follow in their footsteps.

The government will support sanctions against state officials from Russia and from other countries who are found guilty of human-rights abuse, Canadian foreign affairs minister Chrystia Freeland announced on May 17. Canadian chief of diplomacy stated in the parliament that liberal government supports legislation broadening the range of penal measures that may be undertaken against foreign officials, including the seizure and freezing of their financial assets. One month earlier, the House of Commons foreign affairs committee urged the government to expand Canadian sanctions legislation to include human-rights abusers. The former conservative government was reluctant to approach the issue. Current draft, to so-called Sergei Magnitsky Act, has wide support in the parliament and should be be adopted easily.

This means that relations between Canada and Russia are bound to deteriorate – just recall Russian reaction to similar provisions introduced in other countries. Barak Obama administration and the US Congress adopted the Magnitsky Act in 2012. Russians responded by passing a law banning Americans from adopting Russian children (Dima Yakovlev Law). Moscow has already warned that it will take appropriate measures if Canadian parliament passes the Magnitsky Act. “We deplore this unfriendly move by the Canadian government, which will surely damage our bilateral relations and will not be left unanswered,” said a spokesman for the Russian Embassy in Ottawa. Russian Foreign Ministry has warned that Canada will be the “loser” if it enacts the legislation, for example it will miss out on business opportunities and joint “Arctic exploration”. Ottawa will most likely not care much about it, as Canada has for years been one of the western countries most critical about Russia. The two countries are natural rivals in the Arctic, and Canada, with its influential Ukrainian diaspora, is one of the most ardent advocates of Kiev in its conflict with Russia. Personal issues are also of importance. Indeed, Chrystia Freeland is a trenchant critic of Kremlin’s repressive internal policy. Earlier, when she worked as a journalist, she criticized Vladimir Putin harshly. When she took office, the relations between Canada and Russia were bound to deteriorate. Freeland is one of western diplomats placed by Moscow on the list of sanctions in 2014, in revenge for the western sanctions against Russia for to the annexation of Crimea.