For many years, Gazprom has been implementing the strategy of avoiding Ukraine in gas exports to Europe. Such a purpose could be achieved thanks to the Nord Stream pipeline while the Nord Stream 2 and the Turkish Stream projects will allow the Russians to almost completely resign from transit through Ukraine. As a result, not only will the country be deprived of its important source of income but it will also be politically weaker. 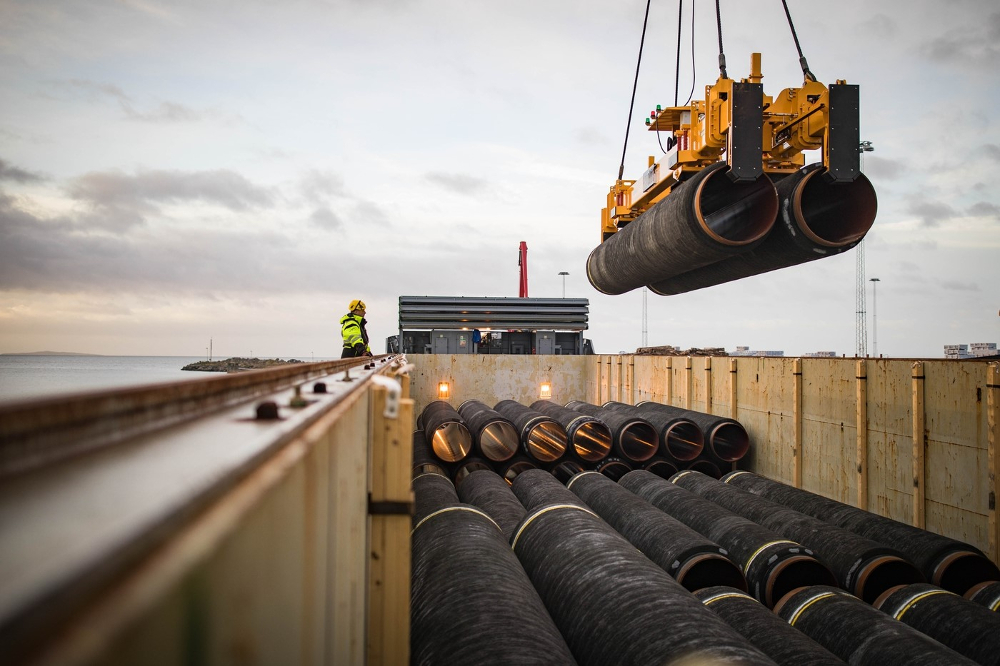 One of the reasons behind Gazprom’s failure in an international arbitration court in Stockholm was the increase of gas exports through the Nord Stream pipeline at the expense of Ukrainian transit. Such a state of matters shows that Russians cannot withdraw from the project and it will be determined to build the second part of the gas transmission line to Germany. At the same time, Gazprom is able to indirectly block the market reform of the gas sector in Ukraine that is in accordance with EU rules. The situation seems to be clear. Berlin can no longer pretend that Nord Stream 2 is only a business project; it could not be possible after Gazprom’s reaction to the end result of the arbitration. Today German authorities have to decide whether they support political and gangster behaviour of Gazprom or they are in favour of energy security and market rules in Europe and Ukraine.

The international arbitration court in Stockholm made a decision in the dispute between Ukraine’s Naftogaz and Russia’s Gazprom regarding two gas agreements concluded in 2009 that were supposed to remain in force until the end of 2019. It is about a contract on the supply of Russian gas to Ukraine and another one, on the transit of Russian gas through Ukraine to the EU. Both rulings are beneficial to Naftogaz, although not all claims were recognized. Gazprom has already criticised the rulings and announced that it would appeal against the court’s decision; formally, there are no chances for it since the appeal may concern only procedural objections and none of the sides in the conflict has filed such objections during four-year-long proceedings. In addition, the Russians refused to perform a gas supply contract for Ukraine as the above-mentioned arbitration had modified the terms of the agreement. Initially, they were extremely unfavourable for Kiev so Ukrainian authorities gradually limited imports from Russia. In November 2015, Ukraine ceased importations awaiting the court’s final decision. Russia unilaterally strives to break the contract (its conditions are no longer as beneficial as they used to be), which shows that the country is not a reliable business partner. Such a situation should constitute a warning for European companies and politicians; interestingly, Gazprom has already used its position for some political purposes. In particular, some Germans are in favour of increasing gas imports from Russia through the Baltic Sea.

But there is also another reason why the West should critically evaluate Gazprom’s activity and reduce their cooperation. The ruling makes it possible for the Russians to sabotage Ukraine’s gas reform. How? Ukraine is seeking to introduce rules of the so-called third energy package, which has already come into force in the European Union. It means the separation of energy supply and generation from the operation of transmission networks (also referred as unbundling). In autumn 2016, an independent joint-stock company Magistral Pipelines of Ukraine was established; its aim was to take over the management of the gas pipeline network, including the transit ones. That is why Naftogaz sought to set over the 2009 transit contract unto Magistral Pipelines of Ukraine. However, according to the court, the issue should be regulated between Naftogaz and Gazprom. Nonetheless, the Russians do not want to talk about similar changes in the contract at all. It means that, until the end or the agreement in 2019, the transit fee will be paid directly to the Naftogaz subsidiary and not to a new independent entity. It would be tantamount to stopping the unbundling process and thus the entire free market reform of the gas sector, which would consequently block Ukraine’s energy integration with EU countries.