Russia’s concern confirmed in its latest quarterly reported that the court had imposed arrest on its shares in yet another company in a further European country. It is all about the Netherlands-based operator of the Blue Stream gas pipeline. Such is the result of legal actions undertaken by Ukraine’s Naftogaz as the company seeks to seize a debt from the Russian company, according to the Stockholm ruling. 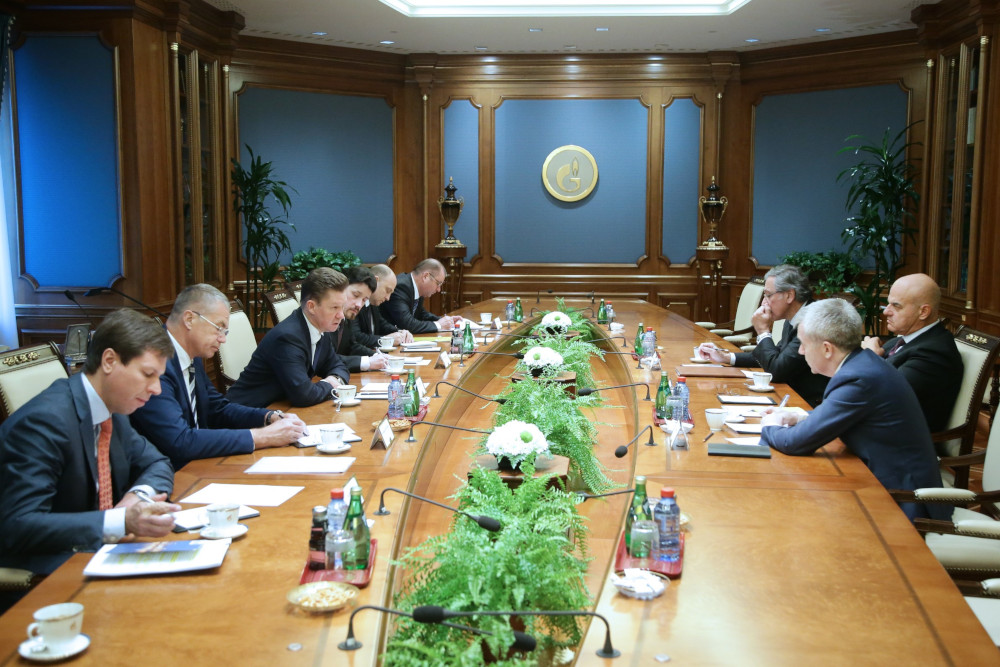 According to Gazprom’s quarterly report, published on August 29, in May this year, Amsterdam District Court ordered to arrest the shares of the Blue Stream Pipeline Company B.V. that belong to Gazprom. The takeover occurred on the suit of Naftogaz. Founded in 1999, Blue Stream Pipeline Company B.V. is a joint-venture company of Russia’s Gazprom and Italy’s Eni. The firm manages the Blue Stream pipeline, used by the Russians to transmit gas to Turkey on the Black Sea bottom.

The court’s ruling is connected with Naftogaz’s effort to enforce some of the amount from Gazprom, according to the February ruling of the Stockholm arbitration tribunal. It is about a Gazprom-Naftogaz dispute over the conditions and implementation of two agreements, concluded by these entities: on the supply of Russian gas to Naftohaz and the transit of Russian gas to Europe via the Ukrainian gas pipeline network. First, the Stockholm tribunal ruled than Naftogaz would pay off its gas for all gas that had been earlier supplied to Ukraine. Later, the arbitration decided that Gazprom should pay Naftogaz 4.64 billion dollars as a compensation for the shortage of gas under the transit agreement; such Gazprom’s step meant specific financial losses for the Ukrainian concern as it is provided by the Russians with a fee for the possibility of transporting gas to European consumers via Ukraine’s territory. So Naftogaz announced that, having deducted the amount owned by Gazprom, the Russian concern should ultimately pay the award of 2.56 billion dollars. However, Gazprom has no intention of paying anything as it strongly opposes the Stockholm ruling. The Russians first asked the decision to be partially abrogated; later, they claimed the ruling to be completely repealed. They also applied to a Swedish regional court to cease the implementation of the arbitration decision while the appeal was still in progress.

Naftogaz has already attempted debt enforcement procedures by filing lawsuits in Dutch, British, and Swiss courts. On May 30, Swiss court bailiffs began a census of assets in the offices of Gazprom’s subsidiaries: Nord Stream AG and Nord Stream 2 AG. A week later, Gazprom confirmed that its assets had been arrested in the Netherlands. In June, a court in London froze Gazprom’s assets in Great Britain at the request of Naftogaz. The Russian company appealed against all decisions; as a result, several court disputes are currently in progress. After the Ukrainian company has successfully managed to freeze Gazprom’s assets in several Western countries (including the United Kingdom), foreign banks seems still afraid of both lending and servicing the firm’s securities.