To reconstruct Syria so as to make thousands of refugees come back to their homeland – judging by recent statements from prominent Russian politicians, the issue seems extremely bothersome for Moscow. During his visit to Berlin, President Vladimir Putin called Western countries to rebuild the country – destroyed to a great extent by the bombs – while Russia’s Foreign Minister, Sergei Lavrov, referred to the Americans as ungenerous. In addition, Russia has suggested Europe that rebuilding Syria constitutes the best way to get rid of a part of refugees from the Old Continent. However, it is only a pretext to get from other countries – as Russia certainly cannot afford it – some money that would be subsequently spent on stabilizing the situation in the war-tormented Syria. Needless to say that such state of matters would result with strengthening the regime of President al-Assad. First, Russia gained some political capital on the refugee issue; now, it seeks to get as many profits as possible from their return to Syria. 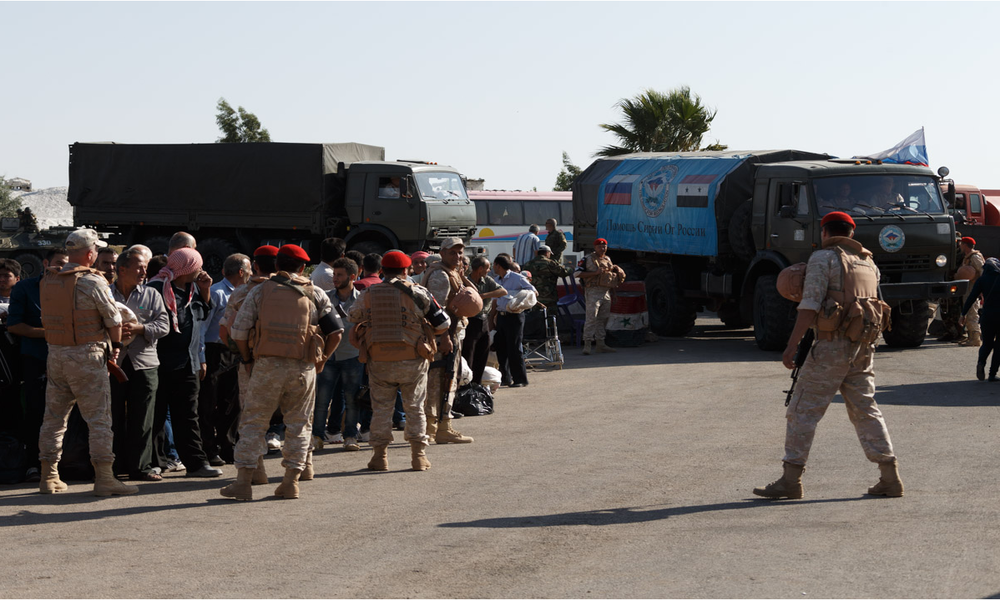 The United States does not participate in Syria’s reconstruction with the aim of preventing many refugees from returning to their homeland, Russia’s Foreign Minister said. During a meeting with Lebanon’s Foreign Minister, Sergei Lavrov announced that the U.S. authorities were interested in rebuilding only rebel-held provinces of Syria. And the Russian official has already spread some conspiracy theories.

Moscow has sent an official query to the UN Secretary General, asking why the organization did not take part in reconstructing the crisis-torn Syria. Moreover, the Russians claim that the UN has disseminated a secret directive prohibiting organizations to take part in any project to restore Syria’s infrastructure and to focus on nothing more but humanitarian assistance. Two days before, during a meeting with Angela Merkel, President Vladimir Putin urged Europe to finance infrastructure renovation in Syria.

Practically speaking, it means direct support for President al-Assad – as Damascus is still home to Syria’s official government. So how to explain nervous reactions of Russian officials – who keep complaining about the lack of international involvement in Syria’s reconstruction? Russia has never struggled with the issue of Syrian refugees who would possibly be expatriated to their native country. The situation seems very simple, though. The civil war comes to its end while, thanks to military support from both Russia and Syria, President al-Assad is likely to win; nonetheless, the country is completely ravaged while its authorities do not dispose of any reconstruction funds.

Neither Moscow nor Tehran – as both of them indirectly contributed to material losses and death of thousands of civilians (as evidenced by airstrikes carried out by Russian aircraft in the city of Aleppo)– can afford to provide any financial support to Damascus. The lack of funding will be the most serious problem of the Syrian regime. So its representatives have decided to accuse the Americans of not subsidizing the country. And even the U.S. Pentagon fell into a Russian trap as the state authorities have been eager to declare the necessity to tighten the U.S.-Russian military cooperation in Syria.

The “humanitarian” nature of Moscow’s calls to rebuild Syria and make the refugees return to their country seems also evidenced by the fact that in after the July summit in Helsinki, both Lavrov and General Valery Gerasimov (Chief of the General Staff) paid unprecedented visits to Israel, France, and Germany; during their trip, they advocated the new recovery plans for Syria as well as mass return of the refugees. Surprisingly enough, Gerasimov has been included on an European sanctions list and he is not allowed to enter the EU territory.

Nonetheless, the Kremlin still hopes to get some funds from Europe to sponsor the al-Assad regime. In addition, Moscow implies a new wave of refugees from the Idlib province, threatened by a Russian-Syrian military offensive. It is likely that Russia will be backed by Turkey; the country, which is currently conflicted with its European partners, would probably make it possible for many refugees to enter Europe through its borders.