A Euro-Atlantic rift on the future of Kosovo

On 25 March, less than two months after the formation of the government, a vote of no confidence against Prime Minister Albin Kurti was passed. The road to the collapse of the young government was opened by the prospect of a state of emergency and the support of the President’s initiative by the Democratic League of Kosovo (LDK), a grouping included in the government which, in turn, was critical of this idea. However, Isa Mustafa, LDK’s leader, admitted that the real reason for the deposition of the Council of Ministers was the Prime Minister’s protest against the unconditional withdrawal of 100% duties on goods imported from Serbia, which seriously threatened relations with the United States, Kosovo’s most important ally. The recent conflict has not only divided Kosovo’s internal scene but has also highlighted the increasing friction between the USA and the EU. 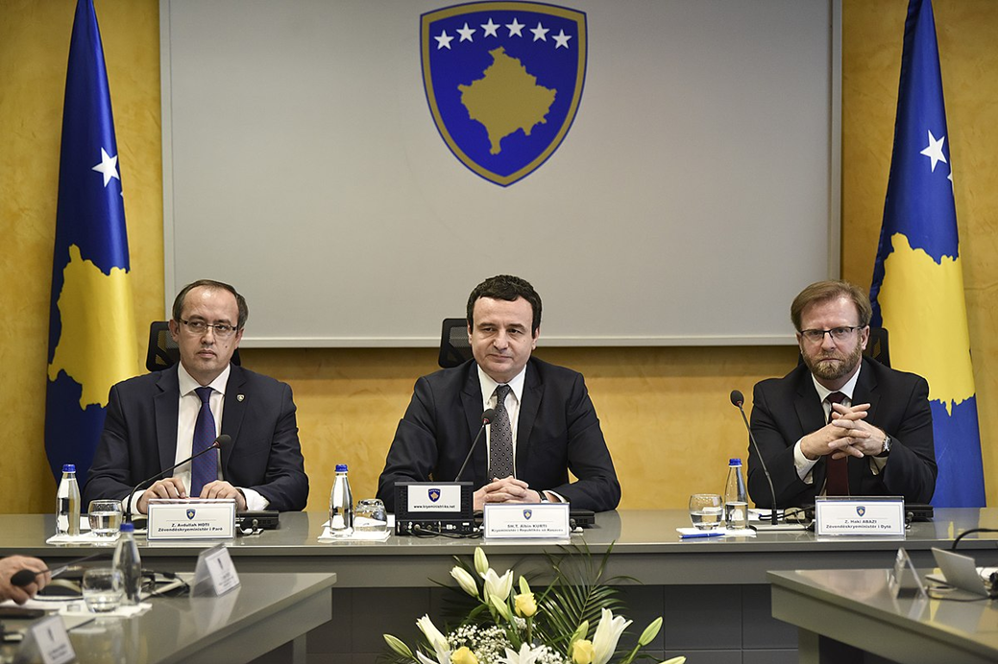 The early parliamentary elections in October 2019 brought the opposition parties to power. One of them was Albin Kurti’s anti-establishment party, Vetëvendosje (English: Self-determination), which reached first position. Kurti’s main points postulated over the last few years concern social issues, the fight against corruption of a system dominated by parties that grew out of the controversial Kosovo Liberation Army (UÇK), the referendum on the reunification of Kosovo with Albania, and the disapproval of the exchange of border territories forced by the presidents of Serbia and Kosovo. It was the presidential dialogue behind closed doors, together with Belgrade’s international campaign against Kosovo, that led to the introduction by former Prime Minister Ramush Haradinaj of 100% duties on goods imported from Serbia and Bosnia and Herzegovina (which also does not recognise the independence of the Republic of Kosovo).

In spite of external pressure, the sanctions blocking dialogue lasted from the end of 2018 right up until 20 March of this year, when duties on raw materials were removed and 1 April, when the remaining restrictions were replaced by “political and economic reciprocity in relations between Kosovo and Serbia”. As explained by the incumbent Deputy Prime Minister of Kosovo, Haki Abazi, the government’s aim is to use practices similar to those introduced by the Belgrade authorities for exports from his country – the non-recognition of sanitary certificates, Kosovo vehicle registration plates, or the constitutional name of the southern neighbour on commercial documents. Since 1 April, documents relating to goods entering the Kosovo market must include a name not recognised by the Serbian authorities – the Republic of Kosovo. Imports from Serbia in the first two weeks after the abolition of duties amounted to EUR 7.1 million, almost four times less in comparison with the same period before the introduction of sanctions.

Richard Grenell, President Donald Trump’s Special Envoy for dialogue between Belgrade and Pristina, pressed for an unconditional, non-tariff barrier-free abolition of duties. Following the Prime Minister’s failure to comply with these requirements, the US government agency Millennium Challenge Corporation has announced the possibility to freeze the four-year development aid to Kosovo of USD 49 million. Republican Senator David Perdue also called for the withdrawal of US troops serving in Kosovo. Washington’s increased involvement has so far resulted in the signing of letters of intent by the Presidents of both Balkan states expressing their willingness to establish an air and rail link between the capitals and the construction of a motorway linking Belgrade and Pristina. Continuing the negotiations in the presidential format, Grenell ignores the governments of both countries and the decision of the Constitutional Court of Kosovo stating the leading role of the Prime Minister in talks with Belgrade. Washington’s current policy emphasises less confrontational economic issues that would ultimately lead to a political agreement. Although the Department of State has officially denied that the subject of the talks was the change of borders, the previous positions of Hashim Thaçi and Alexander Vučić (President of Serbia) and the need to achieve international success before the November Presidential elections in the US make this dangerous prospect still present in the public debates of the societies concerned.

The intensifying diplomatic presence of Washington filled the vacuum left by the policy of Federica Mogherini, the former High Representative of the Union for Foreign Affairs and Security Policy. The lack of transparency in the dialogue and the idea of exchanging territories along ethnic lines, which is unpopular in Europe and among Kosovan and Serbian citizens, has led to a loss of credibility for the EU, the suspension of negotiations and the introduction of the above-mentioned duties. Visa liberalisation is an additional aspect that tarnishes the EU’s image in Kosovo. Kosovo citizens are the last in the Western Balkans who are obliged to apply for special permits to enter the EU. The lack of political will of Member States, despite the positive recommendation of the European Commission, makes it difficult to gain public support for the European agenda. The March opinion polls revealed that according to Kosovan citizens, the issue of visas should be the most important objective of the Kosovan foreign policy, ahead of the state’s EU aspirations and negotiations with Serbia. An attempt to re-establish the EU’s role as an intermediary between the parties was made by the appointment of Miroslav Lajčak as the Special Envoy responsible for the normalisation of relations between Belgrade and Pristina. In an interview after assuming the new function, he stated that it is up to the European Union to guide the negotiations. However, when asked about the border revision, he replied that his aim is to find a solution that would satisfy both parties and all EU Member States. Both Lajčak and Borrell, who appointed him, come from countries that do not recognise Kosovo’s independence. Although they represent the positions of the 27 Member States, this fact was not omitted by the Kosovan media and public opinion.

The Euro-Atlantic rift was the strongest on the eve of the vote on the future of Albin Kurti’s government. In a joint letter, the US, UK, German, French and Italian Ambassadors called for the maintenance of government at a critical time of the COVID-19 pandemic. The French and German Foreign Ministries called for the Democratic League of Kosovo to reconsider the request. On the same day, however, the US Embassy in Pristina supported the vote scheduled for the following day.

In a situation of political impasse, Albin Kurti remains Prime Minister, holding office in a manner limited by the temporary nature of his government. Motivated by increased support of his own grouping, he aims to schedule another parliamentary election once the pandemic is over. The President and his allies, on the other hand, support the formation of a new government, with another politician as a leader. Kurti maintains that, under the Constitution, as the winner of the elections, he has the right to nominate a candidate for President of the Council of Ministers. After being invited by the President to propose a new Prime Minister, he accused the Head of State of double standards – in 2010 and 2017, after the overthrow of the government, the Presidents dissolved Parliament and scheduled new elections. The incumbent Prime Minister added that he did not refuse to propose a candidate, although he did not do so. As Vetëvendosje failed to provide the name of the future Prime Minister, Thaçi turned to the runner-up of the elections, the Democratic League of Kosovo, which immediately accepted the entrusted mission. After the presentation of the candidate, it began negotiations with other parties, resulting in the announcement of a coalition agreement with the Alliance for the Future of Kosovo (the party of former Prime Minister Haradijan) and the Serbian List, linked to Belgrade, the largest party of Kosovo Serbs. Politicians also announced the upcoming agreement with the New Kosovo Alliance and smaller national minority parties. During the extraordinary session of Parliament scheduled for Saturday, 2 May, Avdullah Hoti’s candidacy was supposed to be voted through. Claiming that these steps were unconstitutional, Kurti asked the Constitutional Court to settle the dispute. On 1 May, the extraordinary session of Constitutional Court announced the suspension of the session of parliament scheduled for the following day and President’s decree on the appointment of the LDK’s representative until 29 May, when the court will decide whether this decision complies with the country’s fundamental laws.

This article was originally published on “Polish Express”

Author: Jakub Bawołek – graduate from MA studies in international security at the University of Wroclaw. He gained professional experience in the media, the Polish Embassy in Sarajevo and the Chancellery of the Senate of the Republic of Poland.