The echoes of PRC voices in Czech experts’ language

In recent years, Chinese influence activities have flourished in the Czech Republic. In this article, we examine some stories surrounding these activities involving academia and expert circles. 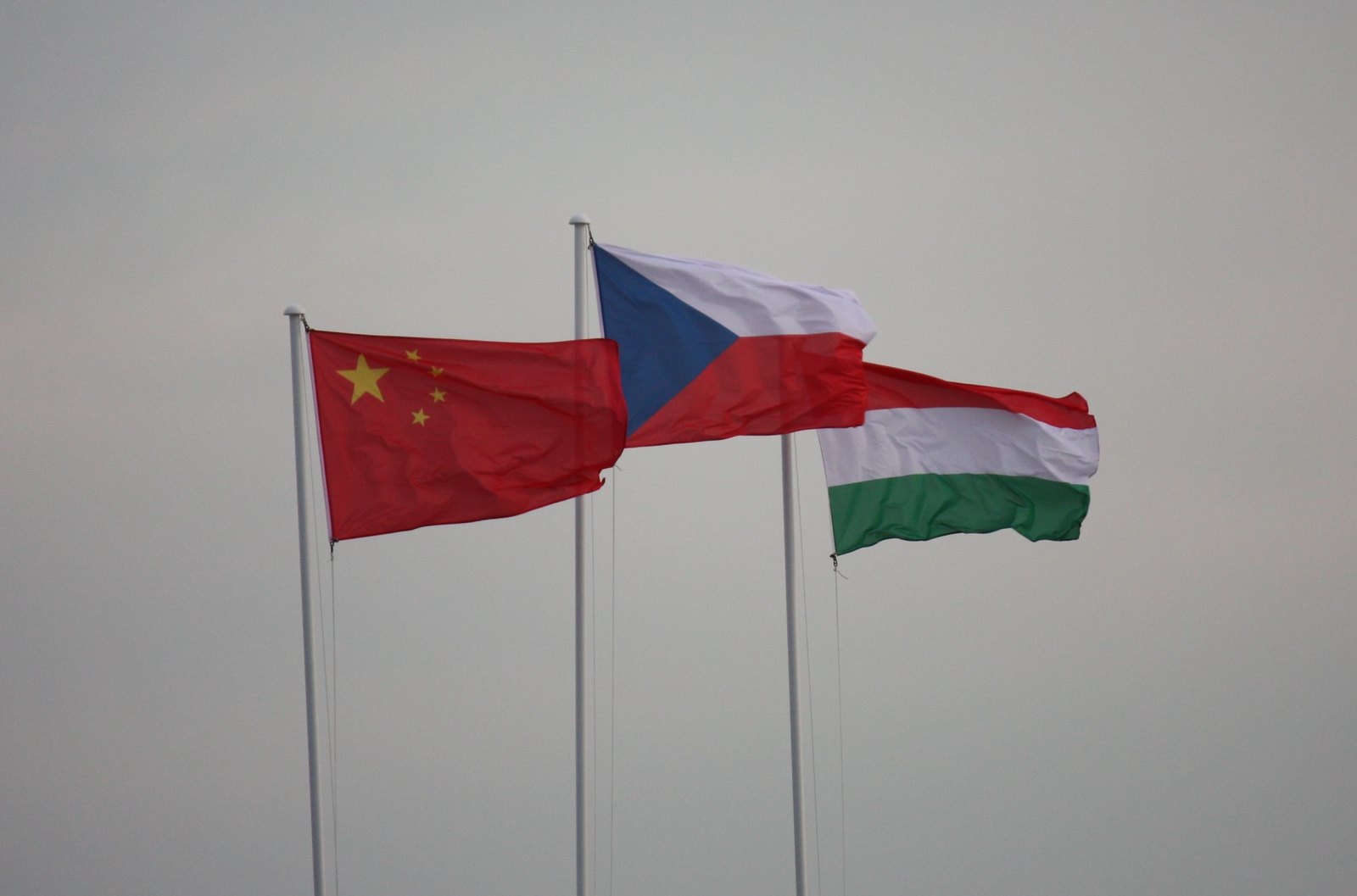 The past few years have been marked by turbulence in Czech–Chinese relations, which were subject to extensive coverage both at in the Czech Republic and abroad. Perhaps the most important development was the chain of events surrounding the Chinese company CEFC China Energy, once hailed as “the flagship of Chinese investments in the Czech Republic.” This supposed flagship ran aground after it was revealed to be an “elaborate Ponzi scheme” that had accrued billions of euros in debt and led to a major international scandal when “Patrick Ho, the General Secretary of [CEFC’s] Hong Kong-registered non-profit wing, was arrested in New York and accused of bribing top African politicians on behalf of the corporation.” However, this was not until the company’s chairman, Ye Jianming (who also holds several functions in Chinese military organizations), achieved great prominence as an honorary advisor to Czech president Miloš Zeman, a staunch supporter of Chinese “economic diplomacy” in his country. Ye Jianming was “disappeared” in the PRC in 2018, amid a wider crackdown on debt-ridden private companies. He was probably also targeted for damaging the reputation of the Belt and Road Initiative.

The CEFC story is by far not the only scandal to have rocked Czech–Chinese relations in recent years. Prague mayor Zdeněk Hřib announced that he would review Prague’s sister city agreement with Beijing. Beyond these high-profile cases, several smaller scandals have played out, mostly in academia, and nicely illustrate some methods the PRC uses to win influence abroad.

A security expert funded by the Chinese Embassy in Prague

In October 2019, Czech news server Aktuálně.cz reported that the Chinese Embassy in Prague had contributed 1.2 million Czech crowns (46,500 euros) to hosting conferences at Charles University’s Czech–Chinese Center (CCC). This money was channeled through a firm partly owned by the CCC’s director, Miloš Balabán, who at the time was also serving as the Czech Social Democratic Party’s security expert and as the head of its defense committee. Interestingly enough, Balabán received millions of Czech crowns in defense research grants from the Czech Ministry of the Interior. Balabán resigned as CCC director in the wake of the ensuing scandal and was fired from the university afterward. However, the Social Democratic Party stood up for him, and Balabán still works as the party’s security expert today. Although Charles University’s rector, Tomáš Zima, distanced himself from the project and claimed to have no knowledge of how it was funded, it was he who had signed an agreement in 2015 with the former vice premier of the PRC, Liu Yandong, about the CCC’s establishment. According to the Chinese-language press, the center was founded to study “not only sinology, but also sociology, security, economics, and other topics.” The center was later dissolved.
Balabán presented the CCC’s conferences as academic events. They took place in the prestigious chambers of Charles University’s historical buildings, where Chinese government officials heaped effusive praise on their own country. The PRC also sponsored a course on the Belt and Road Initiative at Charles University. The course used very few outside (and therefore critical) sources on China, and the instructors suggested essay topics that encouraged students to write about the country positively. Balabán reportedly hand-picked the “best” students in this class to take part in a free eight-day trip to China, which was conceived in a similarly propagandistic manner.

Balabán’s case is emblematic of Chinese attempts to warp academia through economic influence. In the early months of 2021, news surfaced that an organization called the North American Foundation for Science and Technology (NAFST) was sending emails to dozens of Czech academics, inviting them on an all-expenses-paid trip to China. Although the organization alleged that its main purpose was to arrange lectures for Chinese audiences, such events have been known to promote a positive image of the PRC in the West (and recruit the academics to the PRC’s cause).

The Czech national intelligence agency, BIS, has warned of potential espionage being conducted by NAFST. As an analyst from Sinopsis, a Czech project focused on monitoring Chinese activities, pointed out in an article from autumn 2020, such fears are not unwarranted: in the past, for instance, a Chinese nuclear weapons institute attempted to acquire Czech technology through an academic exchange program. Some academics connected to such programs have documented links to research units within the People’s Liberation Army (PLA), as well as to the PLA Air Force and the United Front. Sinopsis further found that 14 out of 26 Czech public universities were partnered with medium- or high-risk institutions in China, as determined by the Australian Strategic Policy Institute.

Home Credit and its PR(C) work

Home Credit, an enterprise belonging to PPR Group, the largest Czech investment group, has attempted to engage experts to promote a positive image of the PRC and hence spread China’s influence. During autumn 2019, Home Credit made Czech headlines twice in connection with Chinese interference: first, when it announced a partnership agreement with Charles University, and second, when an investigation revealed that Home Credit was secretly funding a PR campaign on behalf of the PRC.

PPR Group has been present on the Chinese market since 2008, and in 2010 its consumer loan division, Home Credit, received a message: if it wanted to enter the tightly regulated Chinese financial market, Home Credit needed to––according to one PPR lobbyist––help warm up the cool relations between the Czech Republic and China, especially with the Czech approach to sensitive issues like Tibet and human rights. “With a little help from their friends” among Czech political elites, PPR lobbyists succeeded in making the Czech Republic more China-friendly for a few years. In the words of Home Credit’s own representatives, spoken in 2016, they were proud to be behind the “rejuvenation of Czech–Chinese relations” under President Miloš Zeman. In 2014, the company acquired a countrywide license to provide non-bank loans to Chinese citizens, lending tens of billions of yuan, and the numbers kept growing. However, not everything went so smoothly.
In October 2019, Home Credit announced a new partnership agreement with Charles University, the oldest and most prestigious higher education institution in the Czech Republic. In exchange for the rather paltry sum of 1.5 million Czech crowns (58,000 euros), Home Credit was to become the university’s “main partner” and both sides were to “refrain from all actions that would damage each other’s reputation.”
The agreement was met with a wave of criticism. Some academics felt that associating with a company that specializes in consumer loans lowered the university’s moral standing, while others feared that the “reputation clause” would have a chilling effect on academic freedom. There were concerns about the potential impact on Sinopsis, a collaborative project between AcaMedia and Charles University’s Department of Sinology that has been systematically monitoring Chinese influence in the Czech Republic since 2016. In 2019, Sinopsis wrote about critical responses to Home Credit in the Chinese media, which resulted in the company sending a pre-litigation demand letter to Sinopsis. Nevertheless, following widespread rebuke, the partnership between Home Credit and Charles University was cancelled.

More impactful than this short-lived offensive was Home Credit’s PR campaign on behalf of the PRC, the inner workings of which were revealed in December 2019 by news server Aktuálně.cz. Its reporters found that Home Credit had paid the C&B PR agency for almost 2,000 hours of work between April and August 2019. The most prominent output of their cooperation was the establishment of a rival institute to Sinopsis: the Sinoskop Institute for Contemporary China (renamed Asiaskop in September 2020). Sinoskop solicited and modified contributions from various authors, some of whom may have been unaware of the institute’s financing and purpose, with the intention of building a more positive (or, according to Sinoskop, a more balanced) view of the PRC regime. C&B also worked on raising the public profile of Sinoskop’s founder, Vít Vojta, who previously interpreted for Czech politicians in China, including President Zeman. C&B managed Vojta’s social media presence and allegedly prepared questions to be asked of him at interviews. The main leitmotif of Vojta’s interviews was independence and objectivity without ideological bias. One of the main orchestrators of PR efforts, Tomáš Sazima, denied trying to manipulate public opinion, but admitted he wanted to “tilt the balance away from the extreme where [the debate about China] currently is”, adding that existing coverage “about China and its reputation is disgusting.” Sazima’s and Vojta’s insistence on their own objectivity is a classic United Front trope that attempts to relativize the PRC’s transgressions. There is no telling whether Home Credit will continue to fund Sinoskop/Asiaskop, but this institute’s coverage of China seems to maintain its balance and harmony.

These two cases provide us examples of how well the United Front’s methods work when it comes to elite capture: no direct, hard propaganda is needed when highly motivated local actors are able and willing to do soft-propaganda work. The China experts––as well as intelligence services––were the first to warn against these developments and their possible consequences, many years before direct evidence about money flows became available and was made public. The mechanisms and impacts of spreading positive messages about the authoritative Chinese regime via the expert and academic communities are already known, but what decision-makers will do about them in the future remains an open question. In the Czech Republic, the upcoming autumn elections could give us an answer.