A floating dry deck has recently sunk in the Russian city of Murmansk while holding Russia’s sole aircraft carrier aboard. The incident is thus likely to complicate the Fleet’s plans to refurbish its largest naval vessels and impede Russia’s program for a potential war with the United States, thus preventing the fleet from achieving its previously scheduled maximum combat readiness. 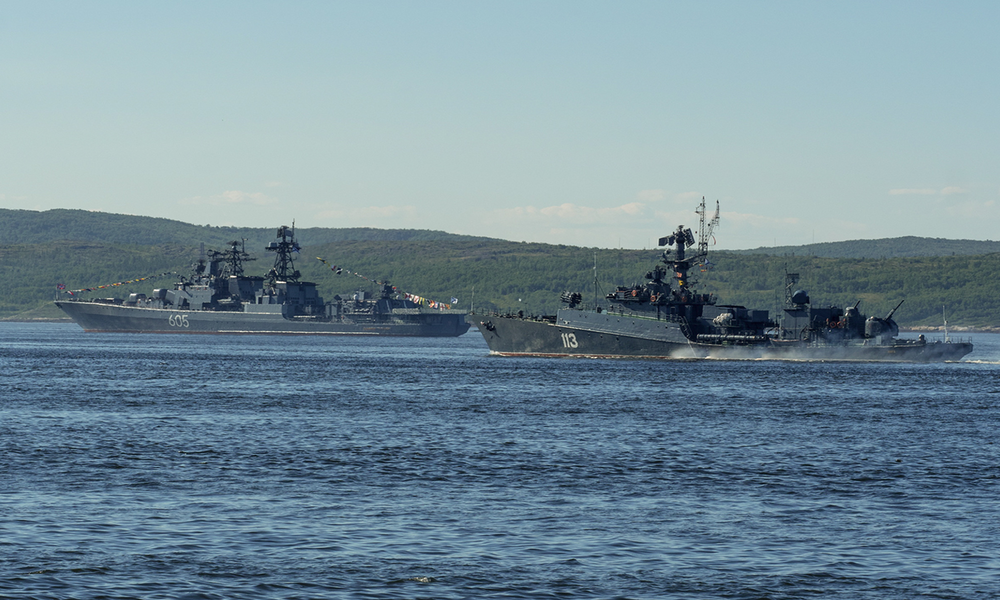 The PD-50 floating dry dock recently sunk after an electrical malfunction while Russia’s aircraft carrier Admiral Kuznetsov was aboard, yet the latter managed to remain afloat. An investigation is being carried out into the causes of the accident that seriously hindered plans to modernize both the warship and the entire Northern Fleet. Firstly, the Russian army does not seem to know what will happen to Admiral Kuznetsov; the vessel was towed away to another shipyard, yet it has no technical possibilities to perform maintenance works on a vessel with a displacement of around 60,000 tonnes. Theoretically speaking, such venture could be tackled by a military factory in the Russian city of Severodvinsk, though it is impossible as it is already servicing the nuclear battle cruiser Admiral Nakhimov. Thus Russian military officers can choose between two plausible solutions to the problem: they will either wait for the PD-50 to be elevated – the entire operation is said to be both costly and time-consuming – or continue refurbishment works of an aircraft carrier in the PD-14 dock located in the Far East. Nonetheless, the latter alternative would require the warship to be dispatched to the place directly from Murmansk whereas such an operation may appear problematic due to the vessel’s considerable sizes and the unclear condition of the bottom part of its hull, especially in winter.

The loss of the PD-50 huge floating dry dock poses a threat to further continuation of the large ship repair program, including such vessels as submarines, as the dock constitutes the sole structure of a capacity of 80,000 tonnes in the European part of Russia. Thus if the Fleet eventually fails to raise the wreck, it will face a serious problem. The dock makes it possible to hold Russia’s largest warships, including the nuclear battle cruiser Pyotr Velikiy and the aircraft carrier Admiral Kuznetsov. It may take up to a year to elevate the flooded dock. Russia’s Northern Fleet currently disposes of some smaller docks able to carry the total of 30,000 tonnes and thus being suitable for Kirov- and Slava-class cruisers as well as Oscar II-class submarines. Nonetheless, it is noteworthy that PD-50 could simultaneously handle two large vessels. Naturally, this will result with slowing down the pace of modernization of the Russian fleet. As previously announced by the state’s army command, Russia’s three largest warships – Admiral Kuznetsov, Admiral Nakhimov, and Pyotr Velikiy – would be scheduled to return to service in 2021-2022, thus following their refurbishment and modernization. It was only then that the Fleet had initially planned to attain the maximum level of battle readiness. Any delays in maintenance will therefore force Russian strategists to review their hitherto war plans prepared in the event of a potential armed conflict with the United States and NATO.