There are some hopeful signs that the Trump administration will pursue more traditional national-security goals and stop hammering conservative allies. President Obama’s foreign policy was notable for headline-grabbing deals with enemies such as Iran and Cuba, and the abandonment of dissidents there and elsewhere. But under the radar, his administration’s trademark was promoting progressive pet projects as new national-security priorities, and bullying “bitter clingers” who resisted them, even when they were treaty allies. 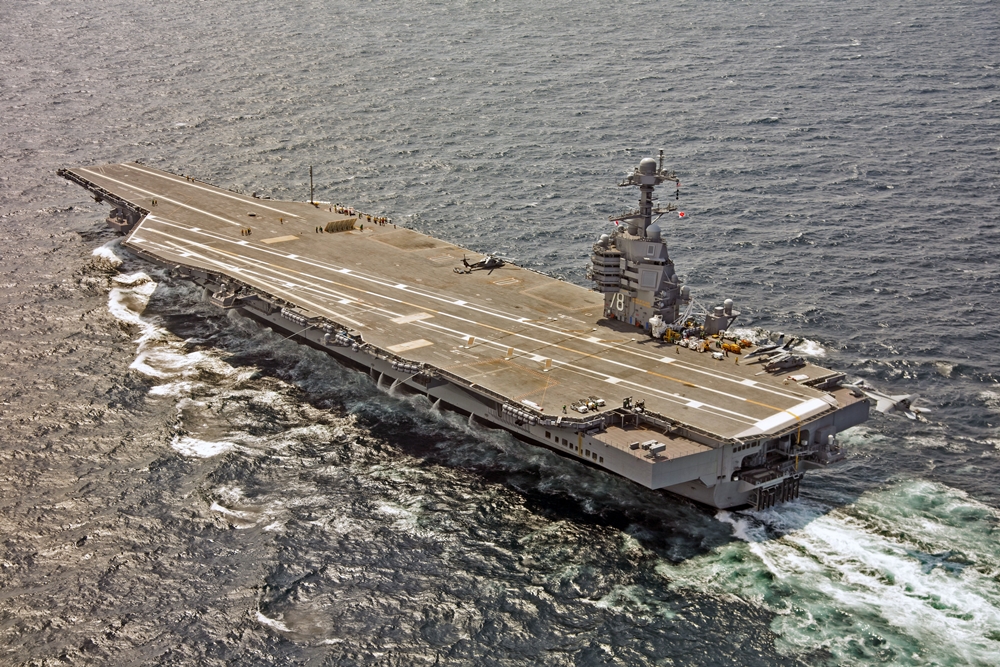 Following President Trump’s election there were hopes that all of this would be reversed, and indeed that happened to the first part in spectacular fashion. Trump has demanded that Congress make far-reaching changes to the nuclear accord that his predecessor struck with Iran’s ruling mullahs, or he vows to scrap it. He also put limits on exchanges with Cuba’s communist dictators. Dissidents in Cuba and Iran once again feel that Washington has their back. From North Korea to Venezuela and Syria, the appeasement that characterized Obama’s policies has ended.

How is the second part going? There are some very hopeful signs that the administration will pursue more traditional national-security goals and stop hammering conservative allies, but a complete reversal of pushing progressivism on the world will be harder for structural reasons. To stop projects that promote same-sex marriage, street activism, abortion, climate extremism, etc. among allies will require reforms in aid programs that are still to materialize.

First the good news. Conservative governments such as those of Hungarian prime minister Viktor Orban and Polish president Andrzej Duda—the European Union’s two bêtes noires—can expect some relief from Obama-era diplomatic browbeating. Signaling the change in tone, last week Vice President Pence tweeted that he had spoken by phone with Duda’s new prime minister, Mateusz Morawiecki. Another development has come in Central and Southeastern Europe: the resignation of Hoyt Brian Yee as deputy assistant secretary at the State Department’s European Bureau. Though a DAS, as they are known, doesn’t traditionally wield immense influence, the power vacuum that existed at State for much of 2017 left Yee to pursue policies that conservative leaders in those countries said were biased toward them.

But times are changing at State. A leaked memo from Secretary of State Rex Tillerson’s director for policy planning, Brian Hook, put the coming about-face this way:
One useful guideline for a realistic and successful foreign policy is that allies should be treated differently—and better—than adversaries. Otherwise, we end up with more adversaries, and fewer allies. The classic dilemma of balancing ideals and interests is with regard to America’s allies. In relation to our competitors, there is far less of a dilemma. We do not look to bolster America’s adversaries overseas; we look to pressure, compete with, and outmaneuver them. For this reason, we should consider human rights as an important issue in regard to U.S. relations with China, Russia, North Korea and Iran. And this is not only because of moral concern for practices inside those countries. It is also because pressing those regimes on human rights is one way to impose costs, apply counter-pressure, and regain the initiative from them strategically.

All this is a far cry from business as usual for the past nine years. In the Obama era, our ambassador in Warsaw went out of his way to criticize the conservative Polish government, alienating Polish officials. For years now, the U.S. Embassy has promoted same-sex marriage, irritating many in Duda’s pro-Catholic party, PiS. Obama’s assistant secretary of state for Europe, Victoria Nuland, harshly criticized NATO ally Hungary, speaking once of the “twin cancers of democratic backsliding and corruption” which create “wormholes that undermine their nations’ security.” Hungarian foreign minister Péter Szijjártó revealed at a Heritage event last year that in a 2014 meeting, Nuland “threw” at him a piece of paper with a list of requirements that the Orban government would have to meet before the administration would formally meet with the Hungarian government. Included, according to Szijjártó, were invasive demands that this U.S. ally change the constitution and laws on media, elections, regulation of churches and constitutional courts.
“Nulandism,” as the doctrine has been called, will be reversed with Hookism, we have been told. For some, such as Macedonia’s conservative and pro-American party VMRO, it is too late. They were left out of government following interference there by our embassy. But the United States can still help by replacing the U.S. ambassador in Skojpe, whom conservatives have also accused of supporting secularism and the erosion of Macedonian identity.

Stopping all our embassies from promoting a progressive agenda that often alienates the most conservative—and traditional pro-American—members of society will be harder, however. Often times such support involves official aid to foreign NGOs that also receive aid from George Soros’s progressive network that operates in 140 countries around the world. The National Security Strategy recently released by the Trump administration emphasizes issues that are truly critical to U.S. national security, giving hope that foreign policy will no longer be about forcing the world to comply with the policy agendas of big liberal donors such as George Soros and Tom Steyer.

Keeping track of what hundreds of embassy, consular and USAID officials are doing, and determining whether it really supports U.S. national-security goals, is no small job. It requires a level of scrutiny and discernment that can be achieved only if the administration puts a sufficient number of many political appointees in place and those appointees truly care about critical national-security issues.
The sooner sufficient political guidance is in place, the better.

Mike Gonzalez is a senior fellow in The Heritage Foundation’s Davis Institute for International Studies.