A dispute over the coronavirus origin

China, being the starting point of the COVID-19 pandemic, for several weeks has been trying to present to the world a narrative that its country was not the source of the coronavirus. Recently, the USA was accused of, either intentional or unintentional, spreading the virus to the world. This is another stage of the propaganda war, which is to revive the image of the Communist Party of China (CPC) led by Xi Jinping. 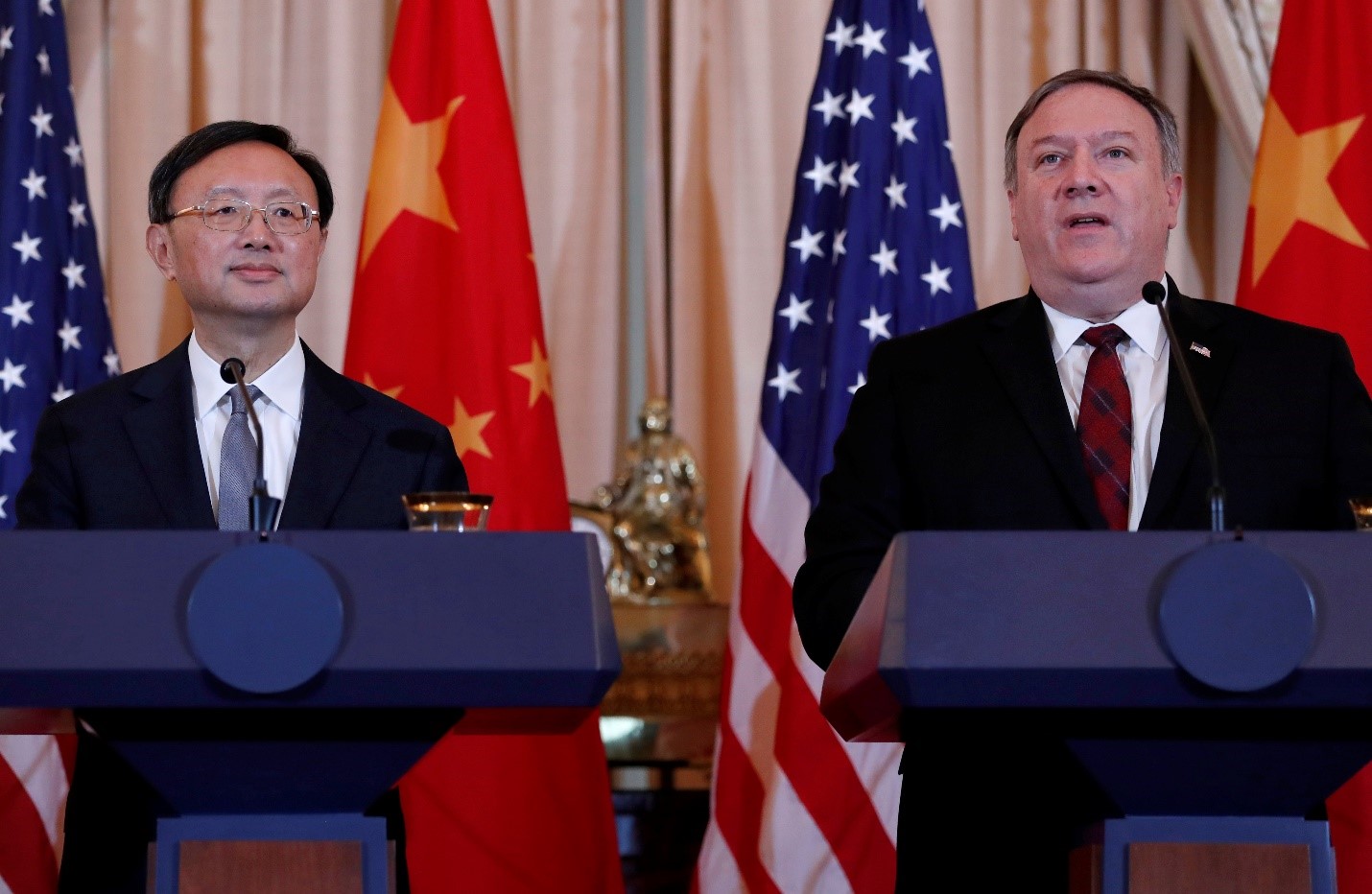 For a long time, the CPC has been looking for ways to show that it was the external enemy who caused the epidemic, which first spread to the Hubei province and then swept the whole state and neighbouring countries. Initially, these were general statements, such as the commentary that was broadcast in late February by the Chinese TV station CGTN (China Global Television Network). Then, Zhong Nanshan, one of the leading figures in the struggle against SARS in 2003, stated that: “Although COVID-19 was first discovered in China, it does not mean that it comes from China.”

Zhao Lijian, a spokesperson for the Ministry of Foreign Affairs in Beijing, has made a more radical accusation. On his Twitter account, he wrote: “When did the patient zero appear in the USA? How many people are infected? In which hospital he was kept? The American army could have brought the epidemic to Wuhan. Be transparent! Share your data to the public! The United States owes us an explanation!”

Previously, the USA administration criticised the reaction of the Chinese authorities and pointed to the unambiguous origin of the virus. National Security Advisor Robert O’Brien said that “if the Chinese were cooperating with us, if the WHO team was on the spot, if the team from Centers for Disease Control and Prevention that we offered was on the spot, I think we could have radically limited the situation in China and what is happening now around the world”.

Donald Trump called COVID-19 “the Chinese virus” (previously, he used to call it a “foreign virus”). The Chinese Minister of Foreign Affairs replied and accused the US President of stigmatizing China. US Secretary of State Mike Pompeo described the cooperation with China on the epidemic as “incredibly frustrating”. After the statement of the spokesperson of the Chinese MFA, in a telephone conversation with one of the most important Chinese diplomats – Yang Jiechi (director of the Foreign Office of the Communist Party of China), Pompeo “strongly protested” against “spreading rumours and disinformation”. Yang Jiechi was supposed to tell Pompeo that any attempts to slander the Chinese efforts to combat the epidemic will not be effective, and actions harmful to the PRC’s interests will be revenged.

The rhetoric of the CPC authorities is an attempt to counter accusations of a delayed response to the spread of the pandemic, which has already claimed at least 8 thousand lives worldwide (over 3 thousand in China). China itself is announcing the victory in the struggle against the virus, and the number of infected people is gradually decreasing, although it does not mean the end of problems.
In the nearest future, one should expect an increase in propaganda content in Chinese domestic and foreign media. These will be focused on restoring the prestige of the CPC, proving the incapability of the West in the face of the pandemic and China’s readiness to help countries in need.