Secretary of State for Bilateral and Strategic Affairs in the Euro-Atlantic Area, George Ciamba and Deputy Foreign Minister of Poland Bartosz Cichocki met yesterday in Bucharest. The Polish and Romanian deputy foreign ministers talked about the Polish-Romanian strategic partnership, the preparations for the NATO summit in July and Europe’s security. The excellent level of bilateral relations was evoked, the two interlocutors expressing their interest in pursuing at the same level a political dialogue and practical bilateral cooperation. 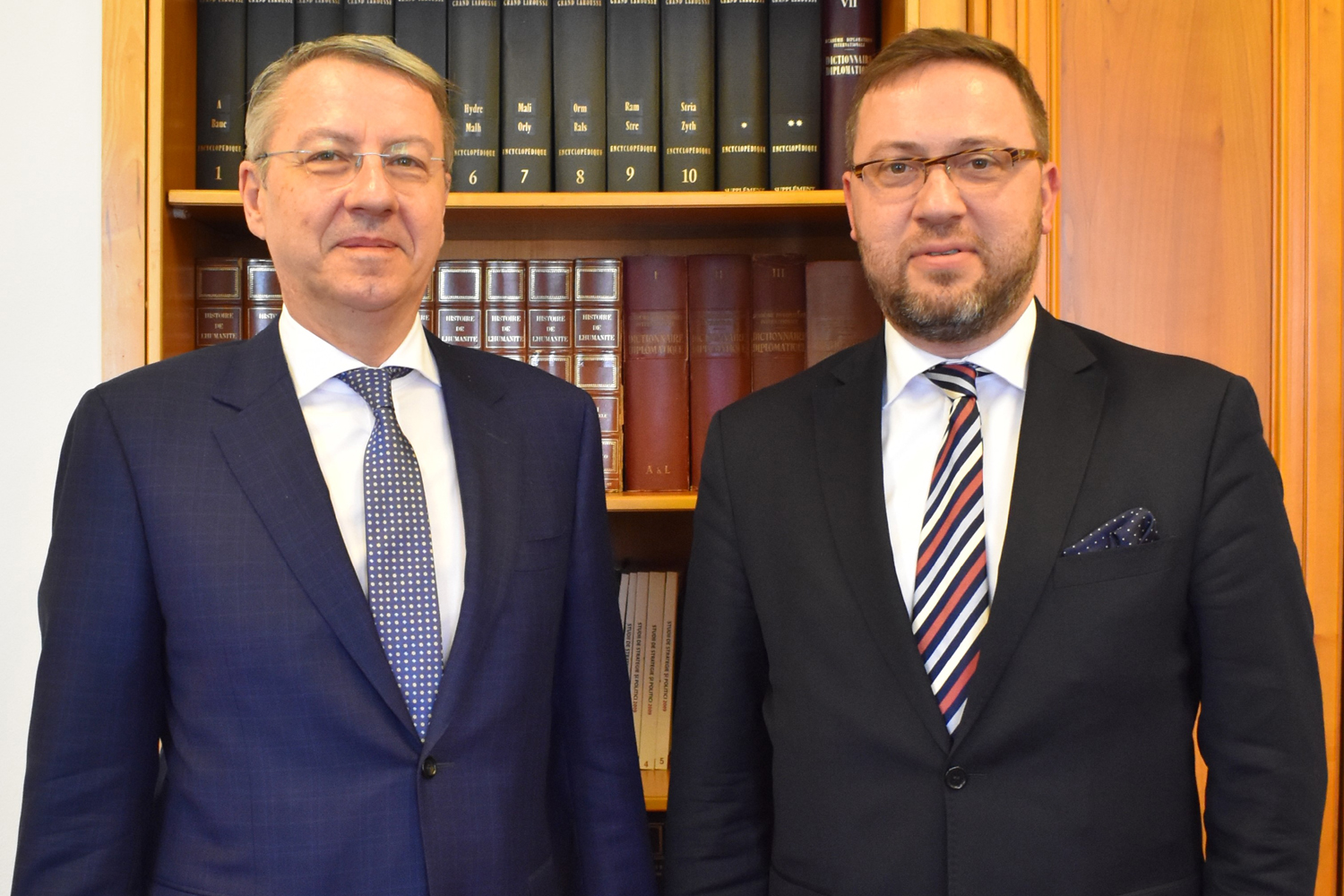 The dialogue highlighted that the need of full implementation of all measures aimed to ensurie the allied presence in the Eastern flank remains a priority for both countries. Also, the two senior officials reiterated Romania’s and Poland’s commitment to continue acting as active contributors to the security and stability of the Euro-Atlantic area. In this context, security developments in the region have been mentioned, Ciamba state secretary emphasizing the new security and military framework related to the Black Sea region and the situation in Ukraine.

According to the Romanian MFA press release, other topics addressed in the discussions were the regional initiatives in which the two states are involved, while highlighting the strategic dimension of B9 Format and Three Seas Initiative. Romania’s and Poland’s attention to this format has been reconfirmed, as both countries will give an increased relevance to the preparation of the both summits this year.
The two senior officials also addressed the Salisbury attack and its implications while expressing the solidarity with the UK. At the same time, the large number of states that took the measure of expelling Russian diplomats was emphasized, as not only NATO and EU member states, but also their partners, located in the immediate vicinity of Russia (Ukraine, Republic of Moldova) followed them.
Earlier this year, the Romanian Minister of Foreign Affairs, Teodor Melescanu, and the Romanian President, Klaus Iohannis, met the Polish Foreign Minister, Jacek Czaputowicz. The visit to Bucharest was organized at the invitation of the head of the Romanian diplomacy, as both ministers reconfirmed the willingness to further develop bilateral relations on the basis of the Strategic Partnership signed in 2009. The talks also highlighted Romanian and Polish similar interests in the region, as members of the EU and NATO.